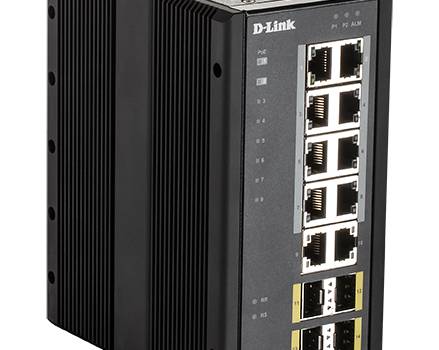 Managing Director, D-Link ANZ, Graeme Reardon, stated, “With the need for ruggedised infrastructure devices to power the next-generation of Smart Cities and Industrial 4.0 applications, D-Link is pleased to support this transition with the introduction of an expanded range of Industrial IoT devices to now include the DIS-300G Series of Industrial Switches. For Smart City applications, such as city-wide surveillance, universal outdoor wireless, and two-way communication for autonomous vehicles, this new breed of Industrial Switches feature superior environmental specifications compared to commercial network Switches, to enable this new future to be fully realised.”

The DIS-300G Switches withstand wide temperature ranges from -40°C to 75°C, as well as harsh vibrations and shocks. This makes them ideal for outdoor deployment in curb-side compartments, whether in a very cold or tropical environment.

For government, local authorities, transport operators and the construction companies and system integrators that support them, the DIS-300G series of Switches are designed to be simple to install and deliver a long service life with low maintenance requirements.

This hardened, robust design, combined with high availability network features, enables these switches to reliably perform their vital role in the network infrastructure without the need for costly air conditioning and vibration isolation enclosures.

For Industrial purposes, particularly automation, the switches feature high EMI/EMC rejection enabling them to survive in high EMI environments such as welding bays and support fast network recovery under 20ms to reduce downtime.

The DIS-300G Series comes in three variants – the DIS-300G-12SW, DIS-300G-8PSW and DIS-300G-14PSW to give customers flexibility around their requirements and are available in PoE and non-PoE models.

The DIS-300G Series of Switches – key features and specs

The DIS-300G-12SW, DIS-300G-8PSW and DIS-300G-14PSW are available now from www.dlink.com.au, www.dlink.co.nz and from all authorised D-Link Partners and Retailers in both countries for the following RRP: