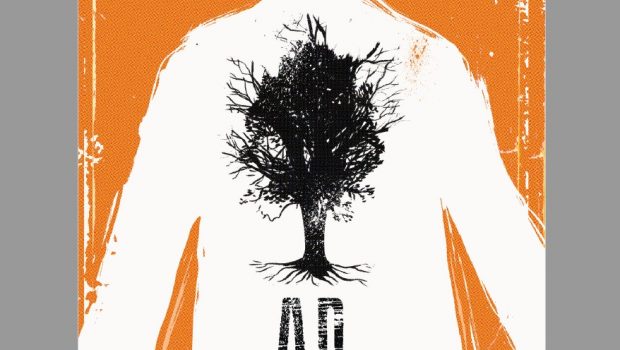 Summary: The cure for death has been found, but while your body may live on... your memories are limited. Would you be stuck doing the same thing over again or live a multitude of lives?

Eternal life is always going to be an interesting topic. While many people may jump at the notion of living forever… others think about what it would really be like. If you could live on indefinitely… what would you gain, what would you lose? What would you be willing to sacrifice in order to have eternal life? A.D. After Death throws a few caveats in the mix and wonders what it would be like to live for centuries… if you could only remember a a certain length of time… effectively meaning past lives would be forgotten. 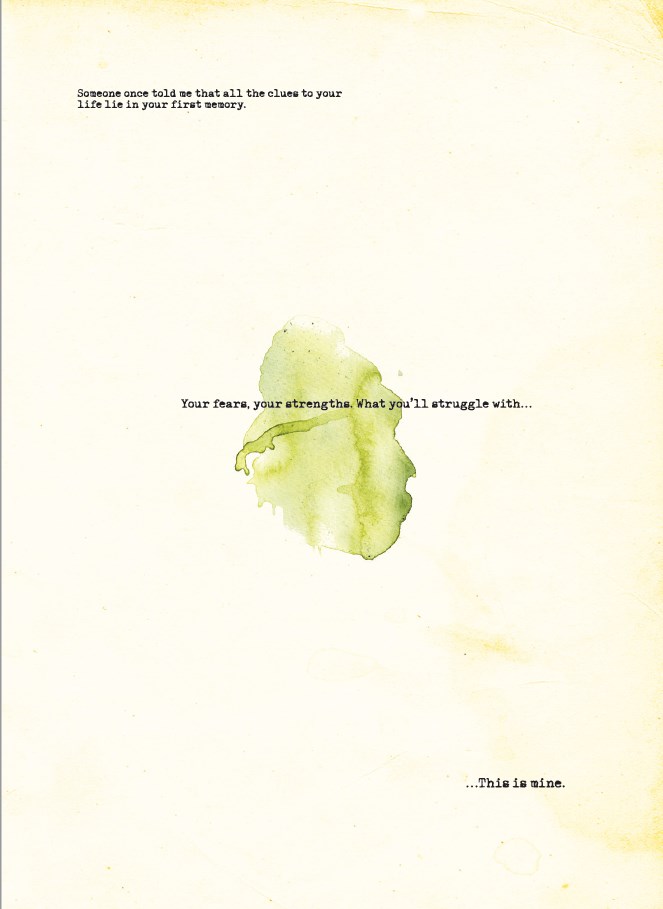 Writing about a topic that has been around for a long time can be tricky… especially when trying to make it sound new and unique, fortunately that is exactly what Scott Snyder has done. The story jumps between the past and the future/present and ties the two together very nicely. The notion of how death has been “cured” is well tackled and seems plausible… the caveat that comes with it of only being able to remember a certain length of time, effectively making past lives forgotten, is a clever little twist that helps to keep a sense of mystery and also add an extra question as to the value of a life without end. 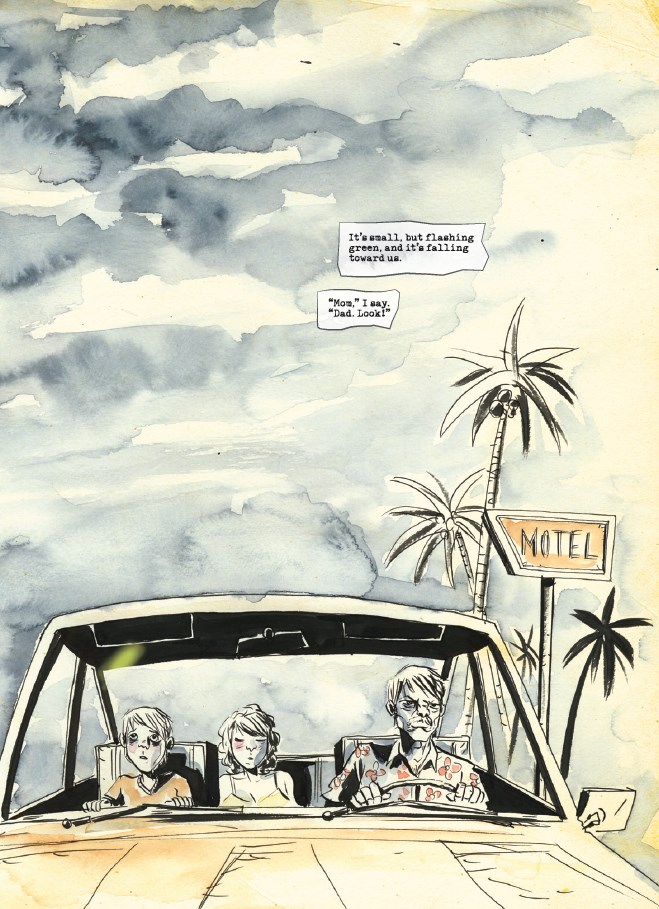 Jeff Lemire has a very distinct style and I think it really works well for this story. There’s a certain element of the art that doesn’t quite sit easily it may be the shifting between anatomical proportions to slightly outside of those conventions… it may be the partially coloured pages… I’m not quite sure what it is but there’s just something there that sets my mind at least to a state of “not quite right” and that really fits the story. 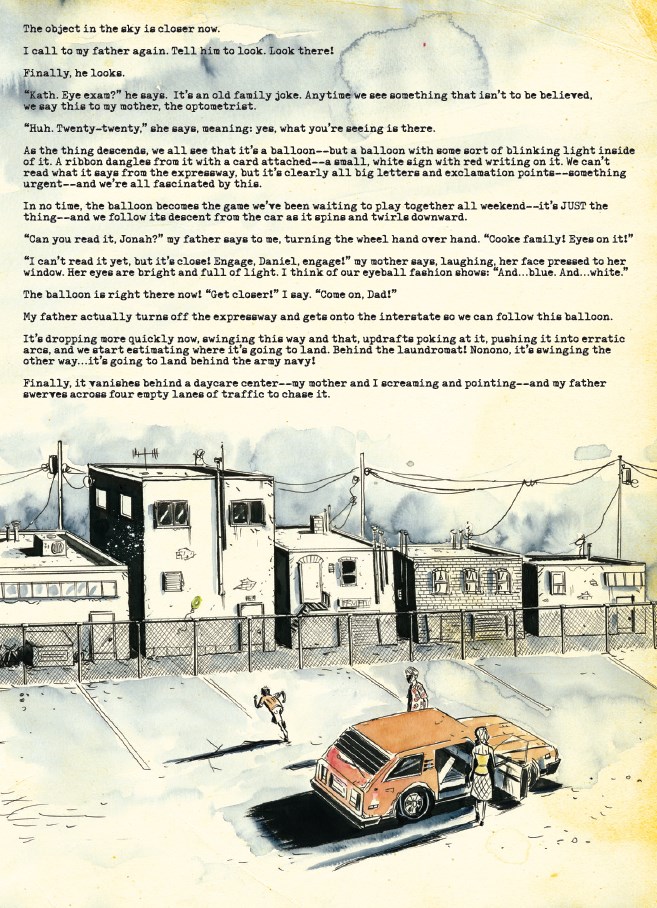 Scott Snyder takes a well established concept… the old hypothetical “if you had the choice to live forever, would you take it?” and makes it his own. Not leaving the notion as a simple continue as you are doing what you are doing for eternity, but rather taking it and throwing it slightly off kilter. Would you be ok living away from the majority of the world? Are you ok with the idea that you would forget your prior life up to only a span of years before the present? If you got tired of living like that… what would you do? It’s a clever story and well worth a read. If you want something a bit different to the usual superhero fare or even the typical scifi tropes… this is a nice little divergence from the usual. 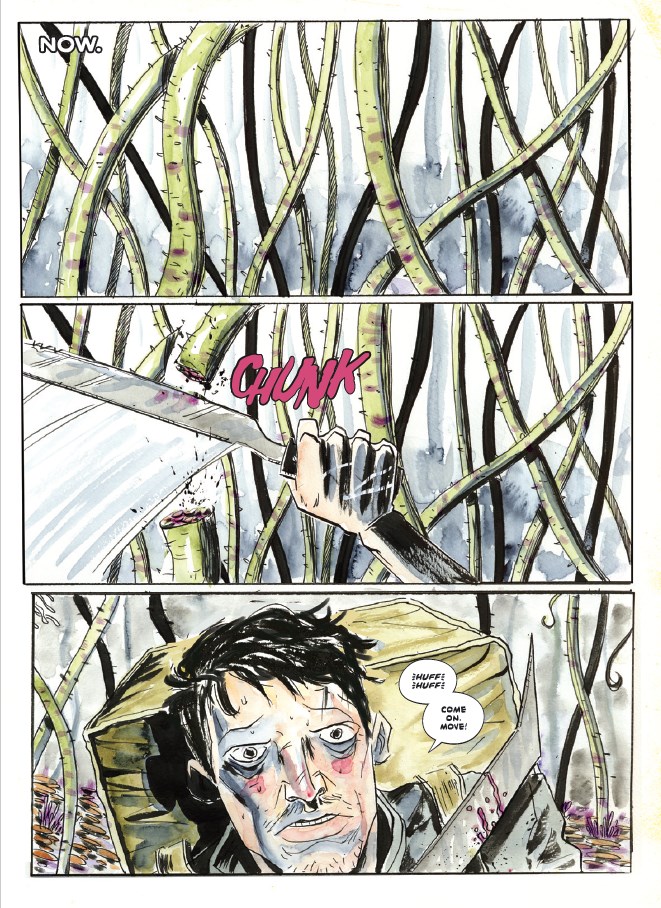