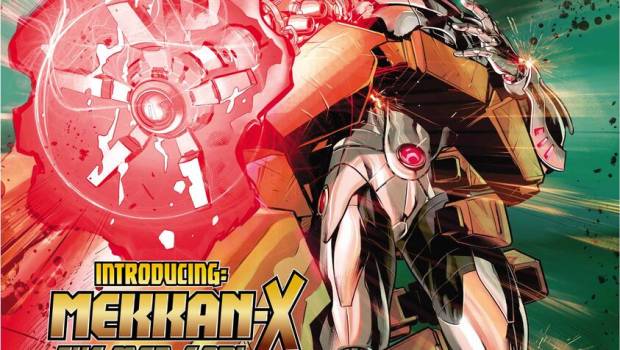 Summary: Good but not great.

This issue features two covers, the primary, and a variant.  The primary cover features Cyborg front and center, seemingly in the grip of a giant robot.  One of Cyborgs arms has expanded into a weapon to fire at the foe that is gripping him, and a look of pain or alarm is on his face.  This cover has some excellent detail, especially in Cyborg’s weaponized arm.  The colouring on the metallic colours of both the hand holding Cyborg, as well as Cyborg himself is excellent, with the light reflecting off the metal especially well coloured. 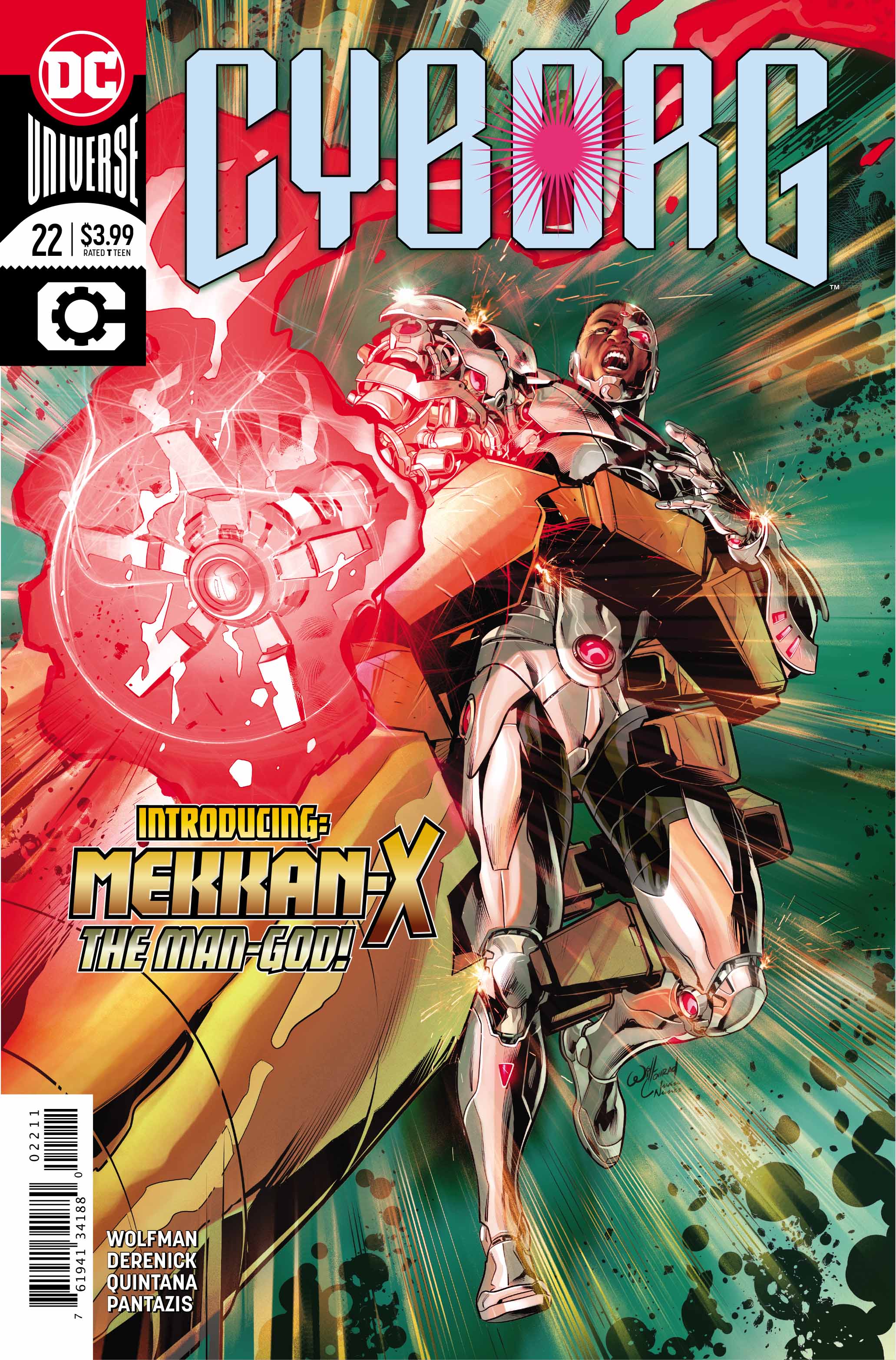 The variant features a defeated Cyborg, missing a hand and a foot falling with the debris of his missing appendages falling behind him.  In the background stands a samurai themed figure, likely the owner of the offending hand in the primary cover.  The samurai robot has a very menacing looking face but stands in a very noble manner.  The detail on Cyborg isn’t as good on this cover, but the overall look of it definitely catches the eye.

This issue is the second issue in its story arc, and though it leaves one wondering how Cyborg got to where he is as the issue picks up.  It doesn’t take away from the issue as a whole.  It is a remarkably easy issue to get into for one that doesn’t begin as a new arc or act as a stand-alone issue. 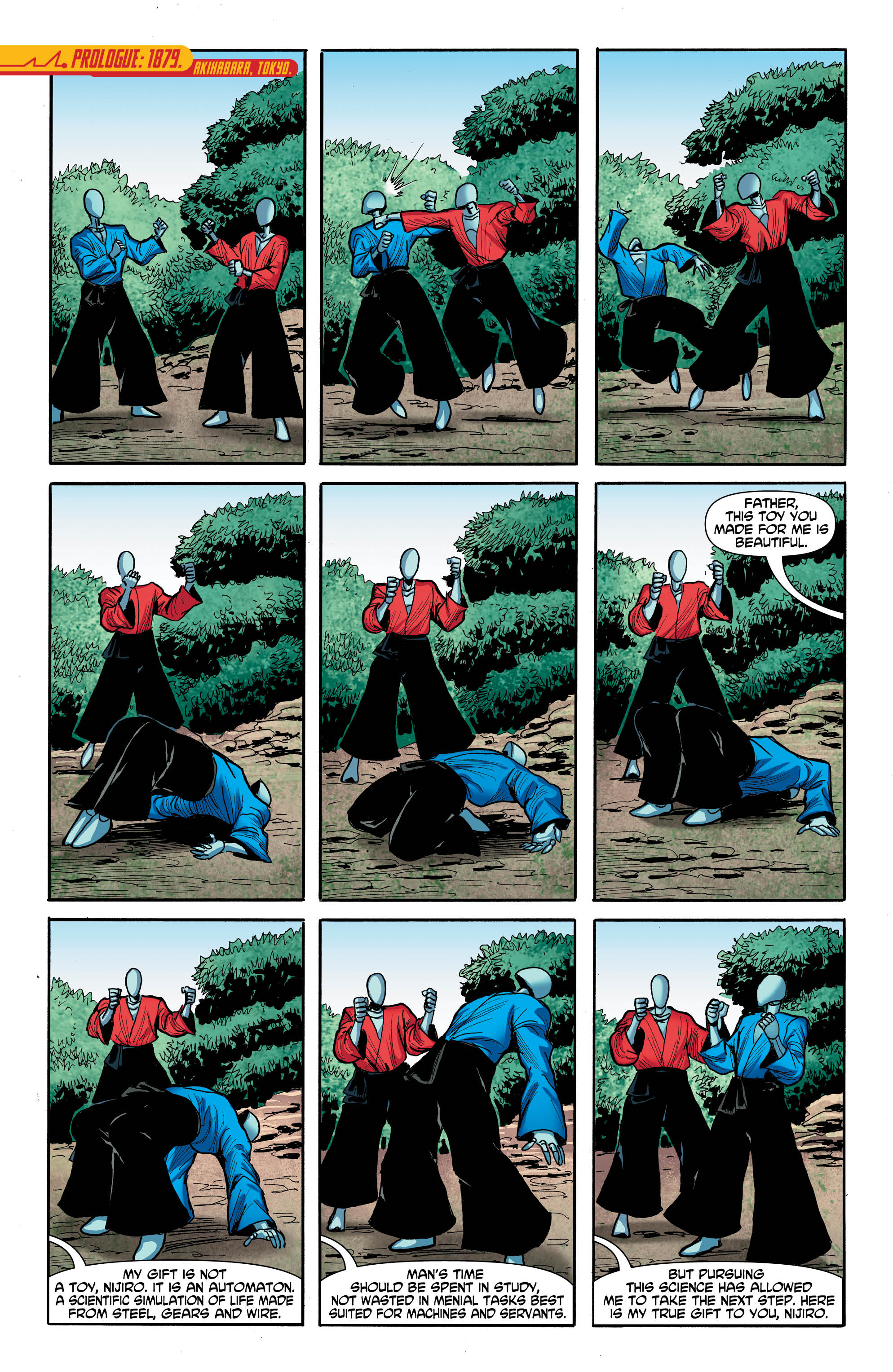 The story begins in Tokyo in 1879, as two toy men are fighting.  We soon see that they belong to a young boy with one arm, and his father gifts him with a new robotic one.  The robotic arm is clearly not built with the technology of the time, creating a great mystery that is hopefully unraveled as the arc continues.

We then quickly shift to Cyborg fighting a giant robot.  He is quickly defeated, and upon coming back online, we learn he has been brought in by Starlite Original Business, an offshoot of STAR Labs.  They quickly describe themselves as the group following up on the research that led to Cyborg’s creation.  Why they jumped from cyborgs to large Pacific Rim style robots is unclear at this point.  Vic quickly requests to pilot one of these behemoths.  In part to fulfill a childhood fantasy, and to give him access to their network and get to the bottom of who they are and what they’re up to.  The issue ends leaving a couple questions unanswered, to keep you hooked for the next chapter. 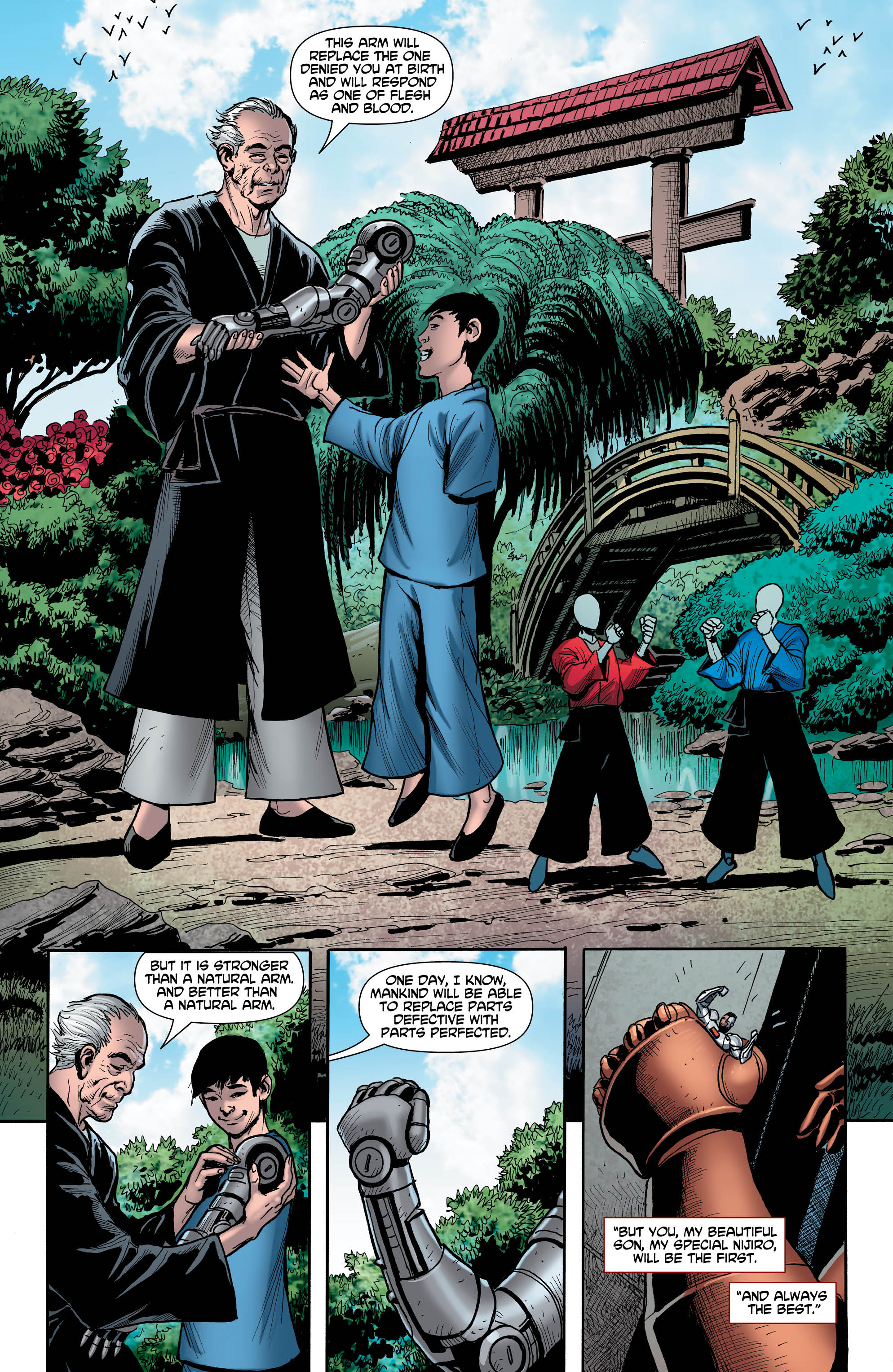 The art is consistent throughout the book, and while not breathtaking, does a solid job supporting the narrative of the story.  The first appearance of all of the giant robots is incredibly well done and is the one scene in the book that really grabs the imagination of the reader.  The final page is incredibly well done as well, but a description of it will not be included so as to not spoil any of the plot.  The rest of the book is good, but not outstanding.  The art primarily does its job here with a couple key flashes of brilliance.

This is a decent issue overall.  If you haven’t been following this issue you will be left wondering what happened in the previous issue, as it isn’t touched on here.  The issue focuses primarily upon deepening the mystery that Cyborg is trying to unravel in this arc and is primarily plot driven.  However, the battle scene between the giant robots is a lot of fun. 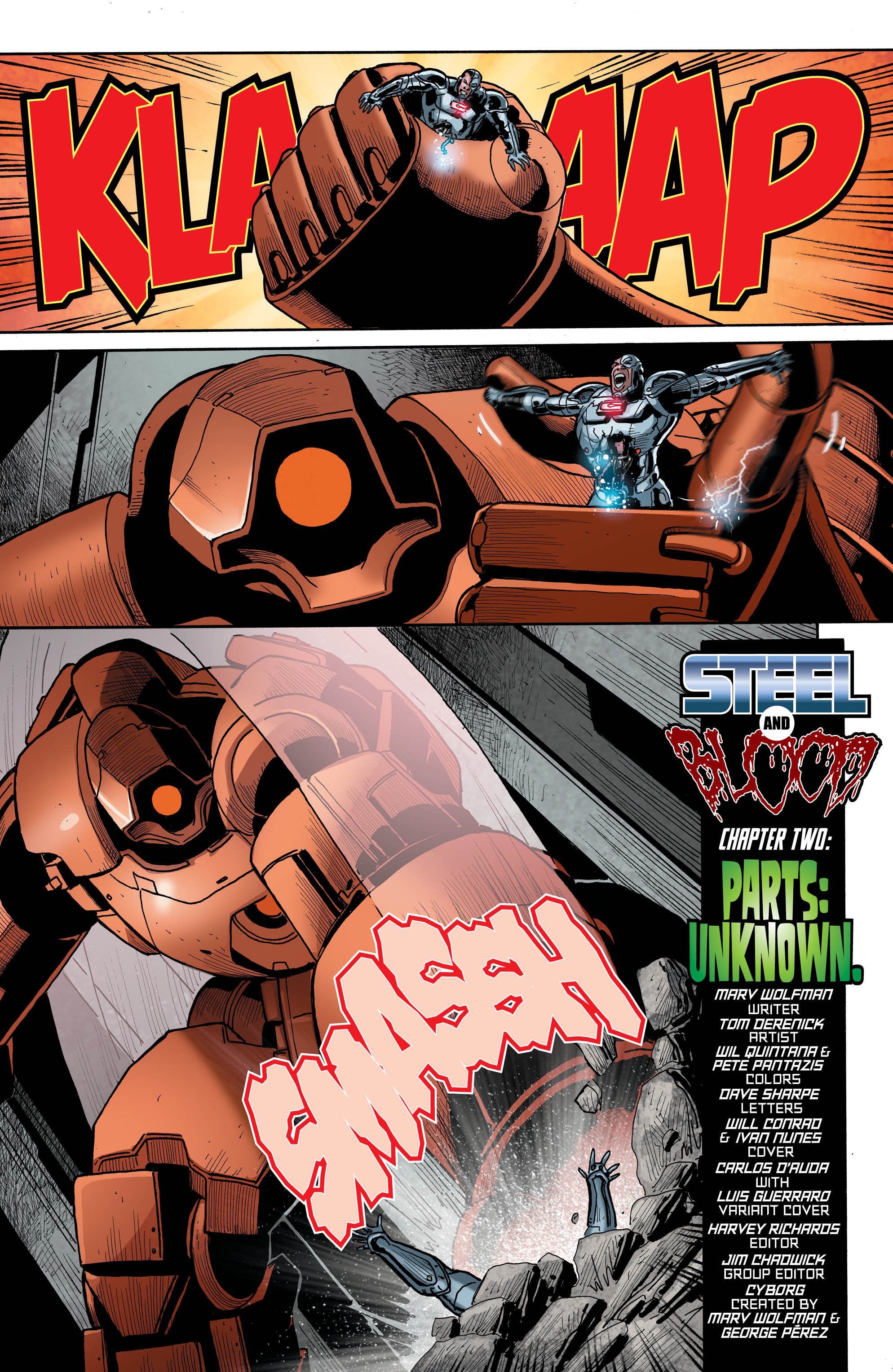