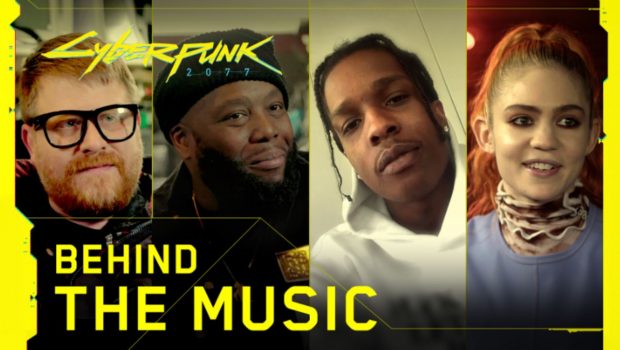 Cyberpunk 2077 — the talent behind the soundtrack revealed

CD PROJEKT RED has revealed some of the artists who will contribute to the soundtrack of the studio’s upcoming game, Cyberpunk 2077.

CD PROJEKT RED has released a behind-the-scenes video focused on the soundtrack of Cyberpunk 2077. The video, Cyberpunk 2077 — Behind the Music, includes input from the following artists and musicians who have recorded music for the game: Run the Jewels, Refused, Grimes, A$AP Rocky, Gazelle Twin, Ilan Rubin, Richard Devine, Nina Kraviz, Deadly Hunta, Rat Boy, and Tina Guo, giving players a taste of what to expect from the music of Night City

Watch Cyberpunk 2077 – Behind The Music

Additionally, as part of her collaboration with CD PROJEKT RED, Grimes (Claire Elise Boucher) appeared at The Game Awards 2019, where she performed her song 4ÆM live on stage. The performance was accompanied by a music video inspired by the world of Cyberpunk 2077. As well as providing music for the game, Grimes will also be voicing in-game character Lizzy Wizzy — a hugely popular pop star in the Cyberpunk universe.

Cyberpunk 2077 will release April 16th, 2020, for PC, Xbox One and PlayStation 4, with the version for Google Stadia set to launch the same year. For more information regarding the game, follow Facebook, Twitter, and cyberpunk.net.