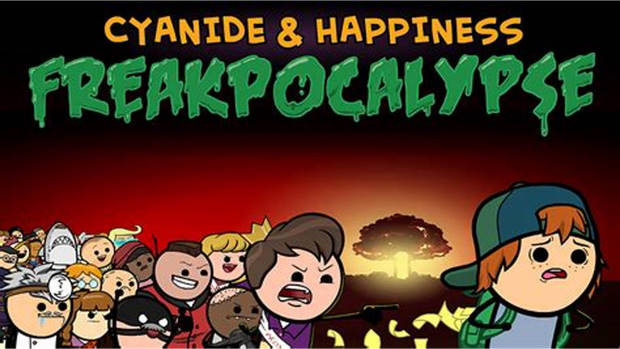 I’m going to get this out of the way early… this is part one of a planned trilogy! I say that because it’s not instantly clear that it’s not a complete/self contained game and that can impact your enjoyment.

For someone who used to routinely view the new daily comics, the chance to experience Cyanide & Happiness in game format was quite appealing. For those of us who have been playing point and click adventures (and to some extent the parser games before that) there’s somewhat of a nostalgic element here too. 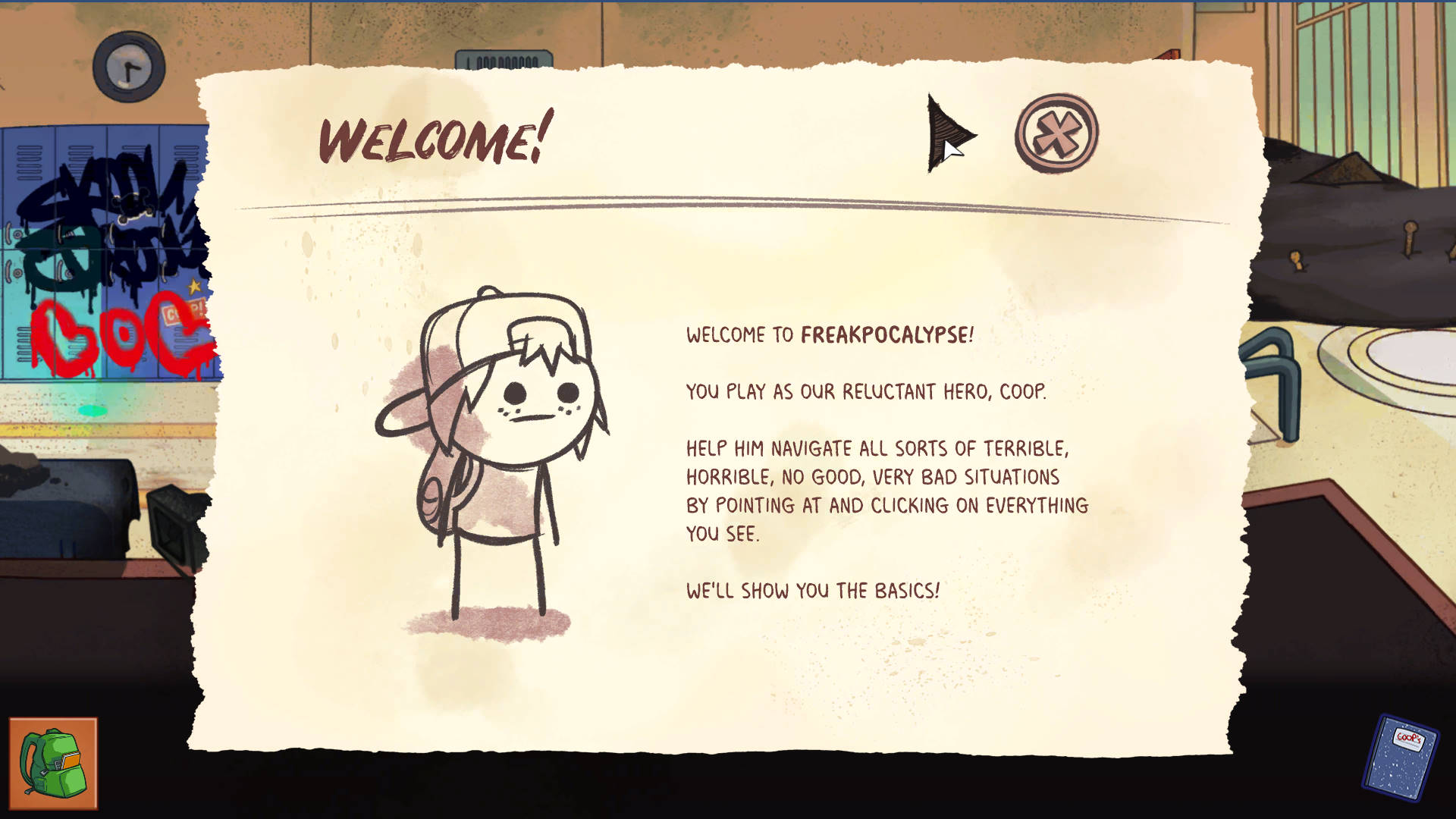 The basic premise in Freakpocalypse is that you, as Coop “Go Away, Weirdo” McCarthy, just want to make the world a better place… and maybe get a date to prom. The problem you have is that no one likes you and you are bullied by just about everyone (including your teachers). In true point and click style, your path to success lies in “looking at, talking to and touching” everything you can.

I’ll be blunt… clicking on everything you can does start to get a bit repetitive after a while… similar (or even the exact same) responses tend to come up quite often. I suspect the problem here is, what balance do you take between having an interactive world that would require a lot more writing time to create unique responses (so perhaps you cut and paste some) and a world in which a reasonable number of things are interactive but have unique responses? I think part of the issue here is that some rooms have the same items in them (wall outlets, P.A. speakers etc) and while you can click on them in each room… the responses soon repeat themselves. 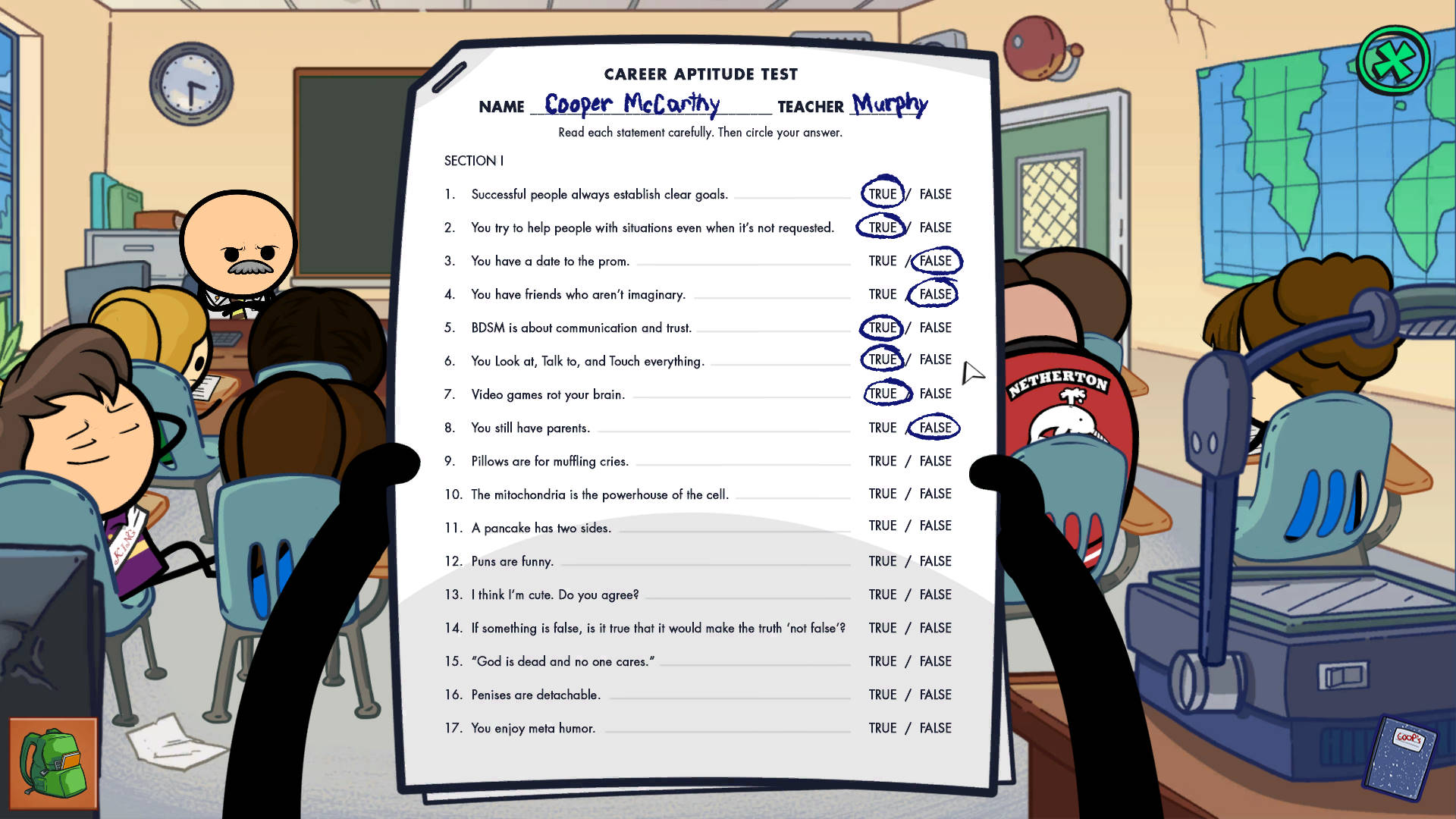 But there is still a lot of giggle worthy material… Coop is painful aware that he hasn’t had a growth spurt yet and if you keep asking him to touch items that are high on the screen he will let you know how unimpressed he is that you keep seemingly taunting his height. There are some familiar characters (certainly character types) from the Cyanide and Happiness universe which should certainly please those of us who have been fans over the years. 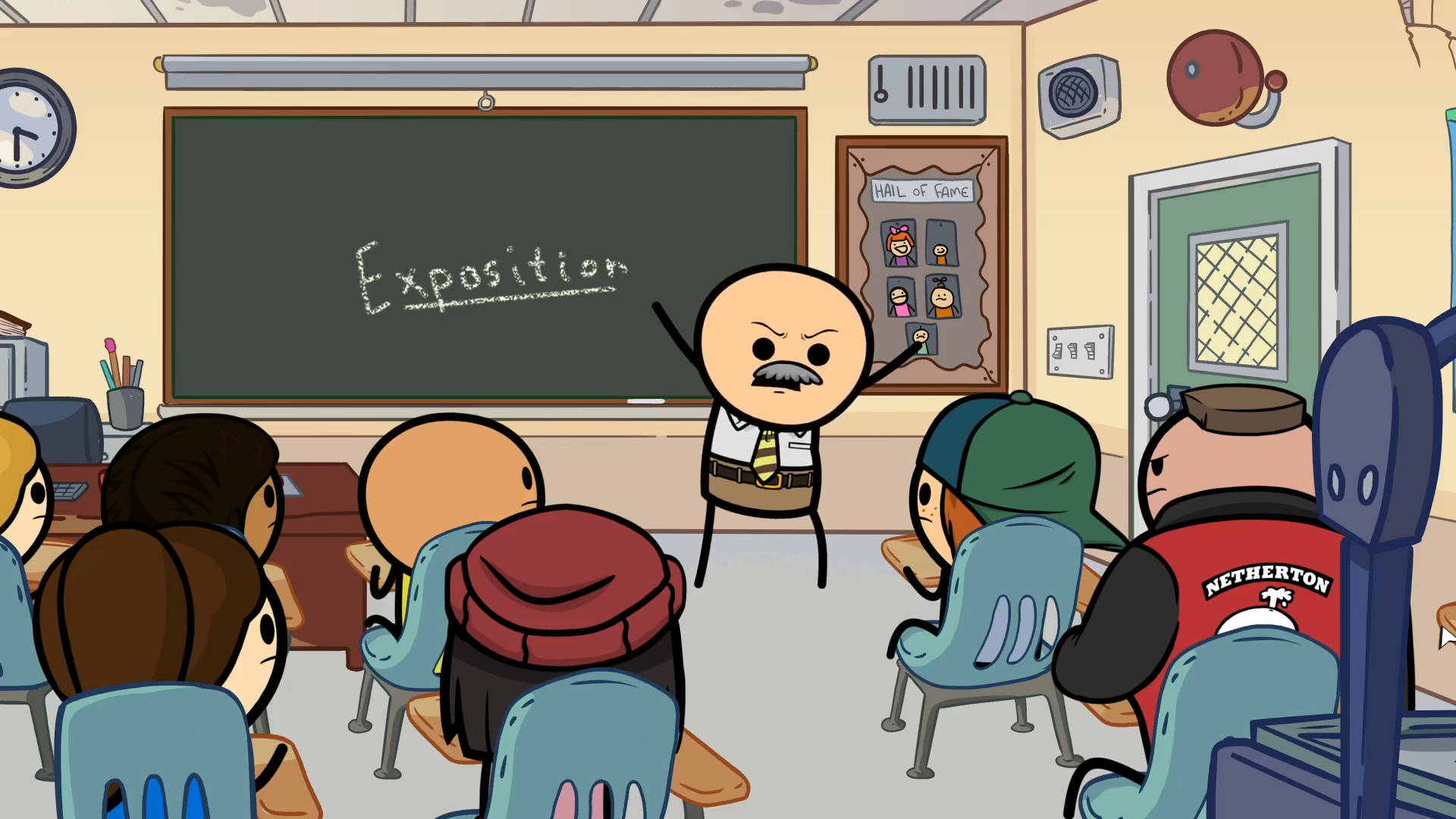 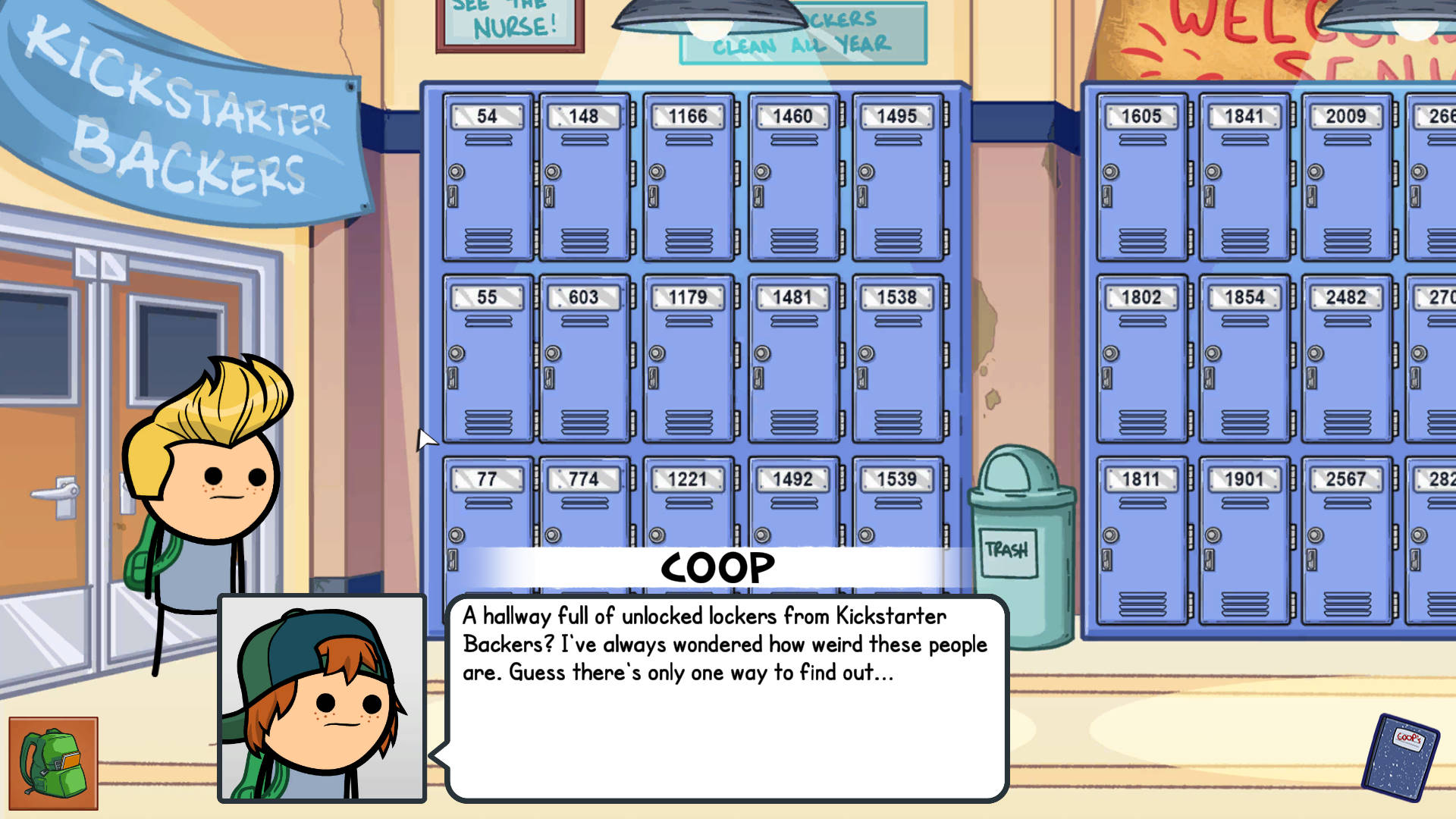 But ultimately this does kind of come back to the whole “part 1” issue. I have a strong dislike of the trend of “season passes” and “episodic” gaming. It’s like buying a movie then finding out it’s only the first act… if you want to see the rest you’ll need to buy the second act… and then the third act to find out how it ends. Obviously some people are fine with this approach… but it really isn’t something I can get behind. 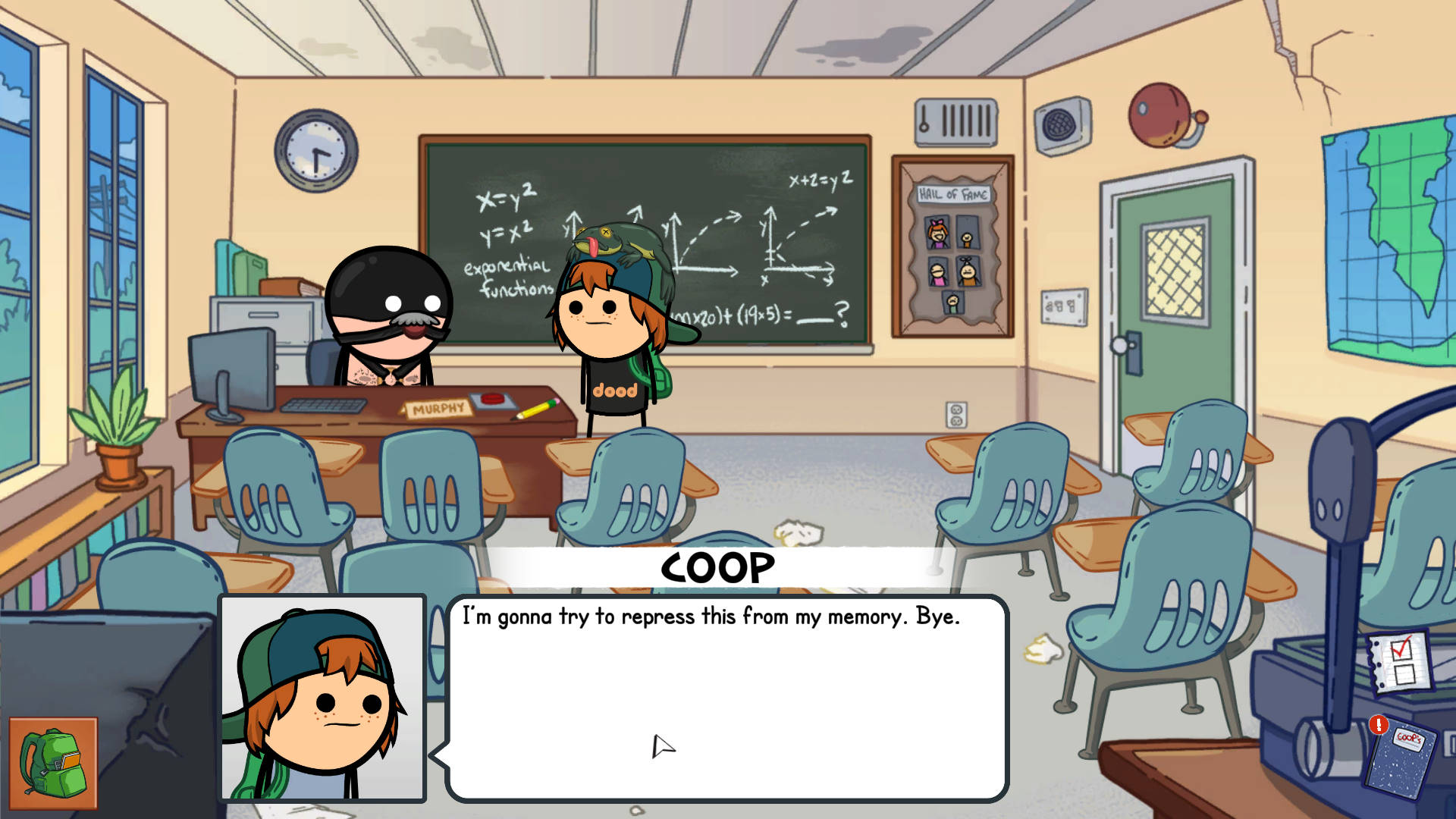 If you don’t mind the price tag for a portion of a game then there is a decent bit of fun to be had here… maybe treating it as a semi interactive story rather than a puzzle or adventure game as such… otherwise maybe wait till all the parts have been released and see if they offer a “complete” collection.