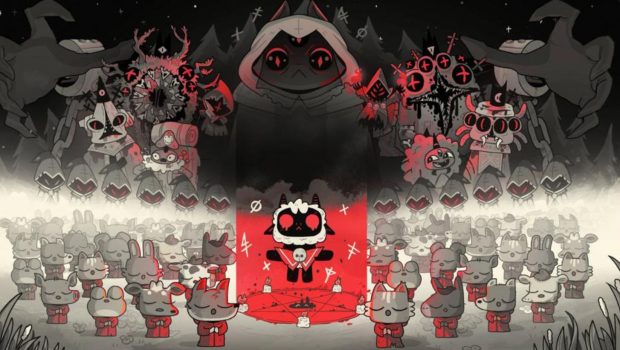 Cult of The Lamb PC Review

Summary: Cult of the Lamb will be remembered and loved!

Cult of the Lamb is a rogue-like action-adventure title developed by Massive Monster with survival and management elements. Though such a blend may look weird, this game is a unique experience.

Cult of the Lamb is about a lamb that is sacrificed by the bishops of the new faith but brought back to life by an imprisoned old god that seeks revenge against the bishops. Thus, the lamb is tasked with leading a cult in the name of the old god and vanquishing the bishops. The story of Cult of the Lamb is pretty straightforward, with no unpredictable plot twists. The game has two endings yet, each is more underwhelming than the other. 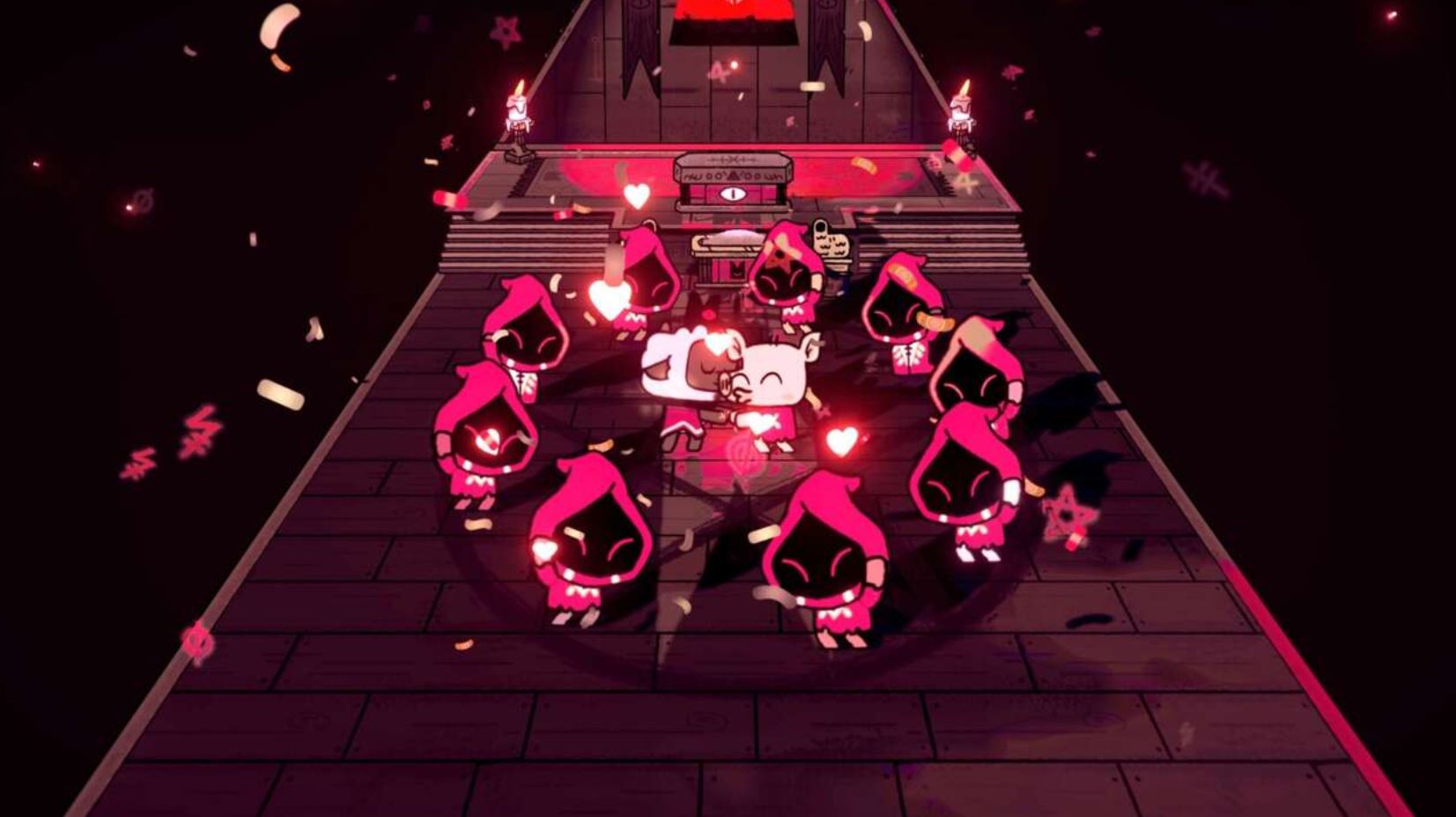 The best things in Cult of the Lamb are its art style and gameplay. The art style of the game resembles collage paintings where different objects are glued to a unified background. It gives the game a unique visual identity.

The gameplay consists of a cycle of rouge-like combat and survival base building. The players have to go through four different worlds each ruled by a bishop and face them. Like other rogue-like titles, dying during each run means losing the weapons and half of the gathered resources and returning to the cult; being forced to start over later on. 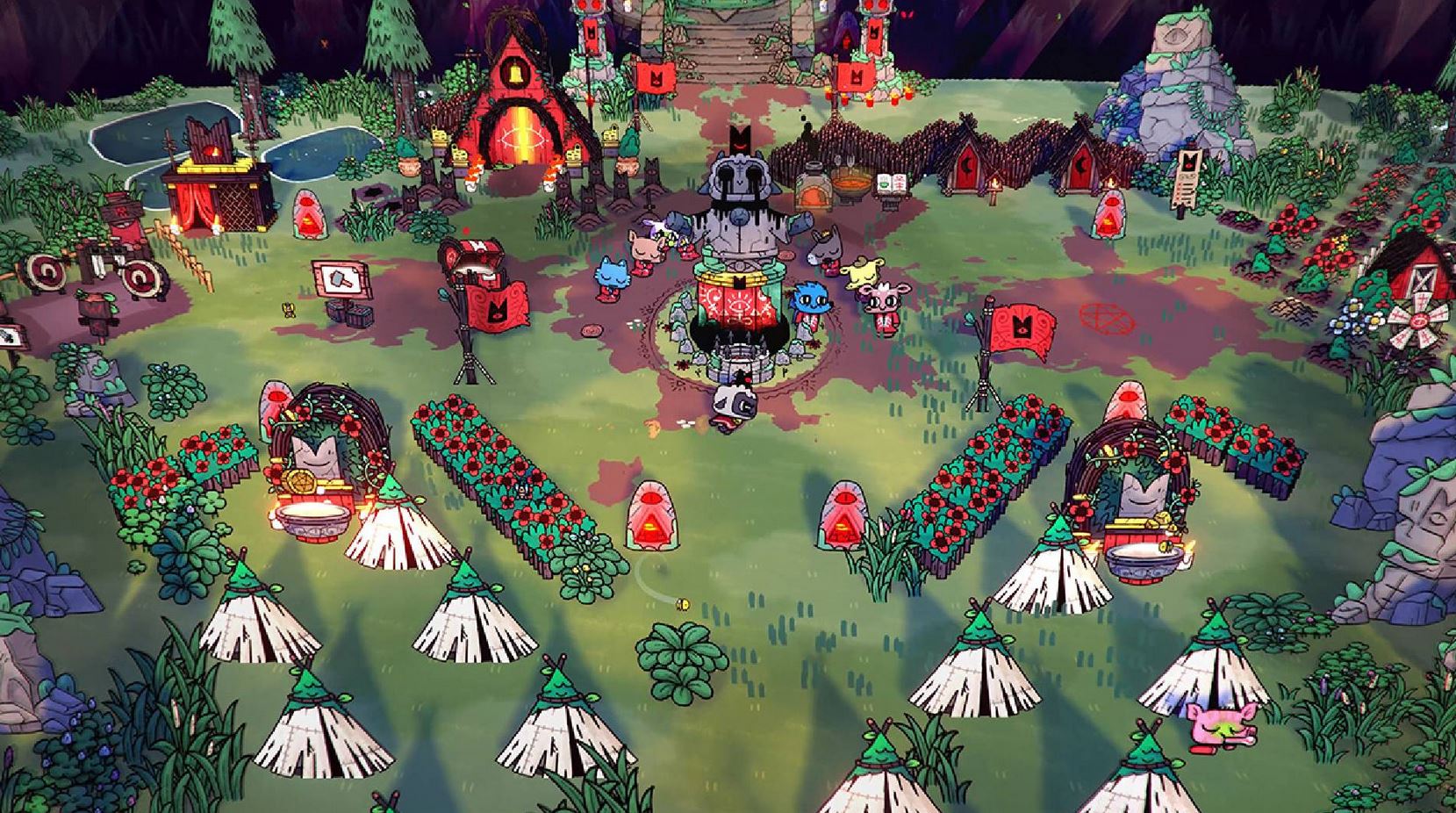 The players have different types of melee weapons such as swords and axes that also have special buffs such as life-steal or poison. There are ranged magics that the players can use as well. The whole combat of the game is built around the use of melee weapons and magics with no out-of-the-ordinary features.

Some NPCs also come across the road occasionally that either provide the players with temporary buffs or invite them to their place during the base building phase for playing mini games or trading. Since every world of the game is filled with unique enemies and environments, the lack of more developed combat options is not felt much. 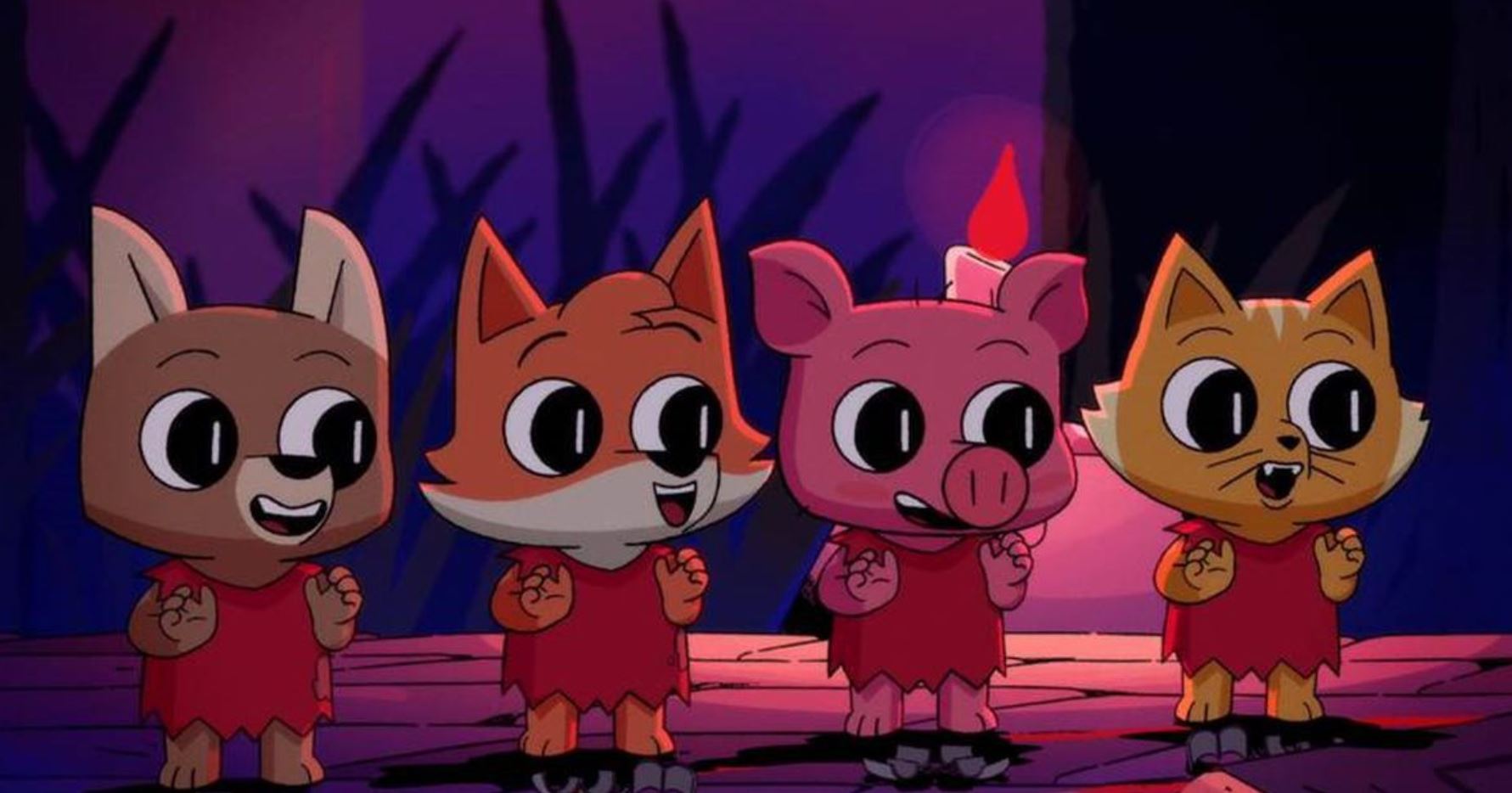 The downside here is the color palette used. Due to the 2D graphics style and the color of enemies, it gets difficult to efficiently follow the flow of battle during intense combat scenarios and distinguish enemies from each other and the background items such as the grass. This is a bit annoying for a rouge-like game where death can cost more than just the player’s time.

The base management phase is what comes next. The players have to build and manage their cult with the resources gathered from their crusades. The goal is to get as many followers as you can since unlocking each new world requires a certain number of them. The followers have different needs such as food, shelter, health, hygiene, and faith. If these needs are not met, they start losing faith in the cult and start speaking up against the player; causing more unrest in the settlement. 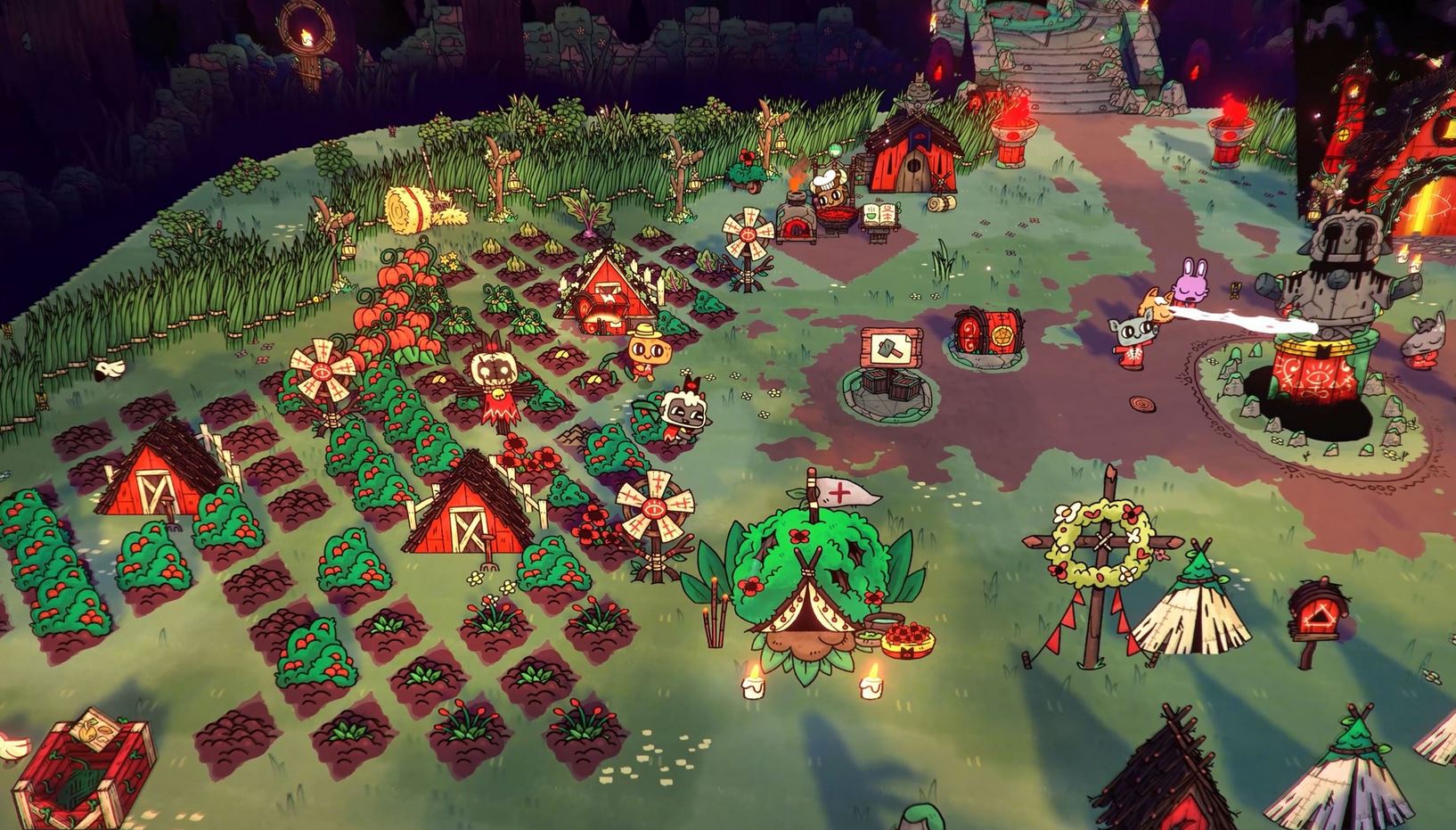 The player needs to build different facilities such as a church, cooking stations, and tents to take care of the followers as well as gain new powers and upgrades. The game also has a few side activities such as fishing or playing cards and the followers can ask for favors every once in a while, which serves as side quests. The two phases of the game fit together perfectly. The combat rewards resources and spending the resources on the cult unlocks better weapons and abilities. Due to this coherence, I spent hours on this cycle without being bored. 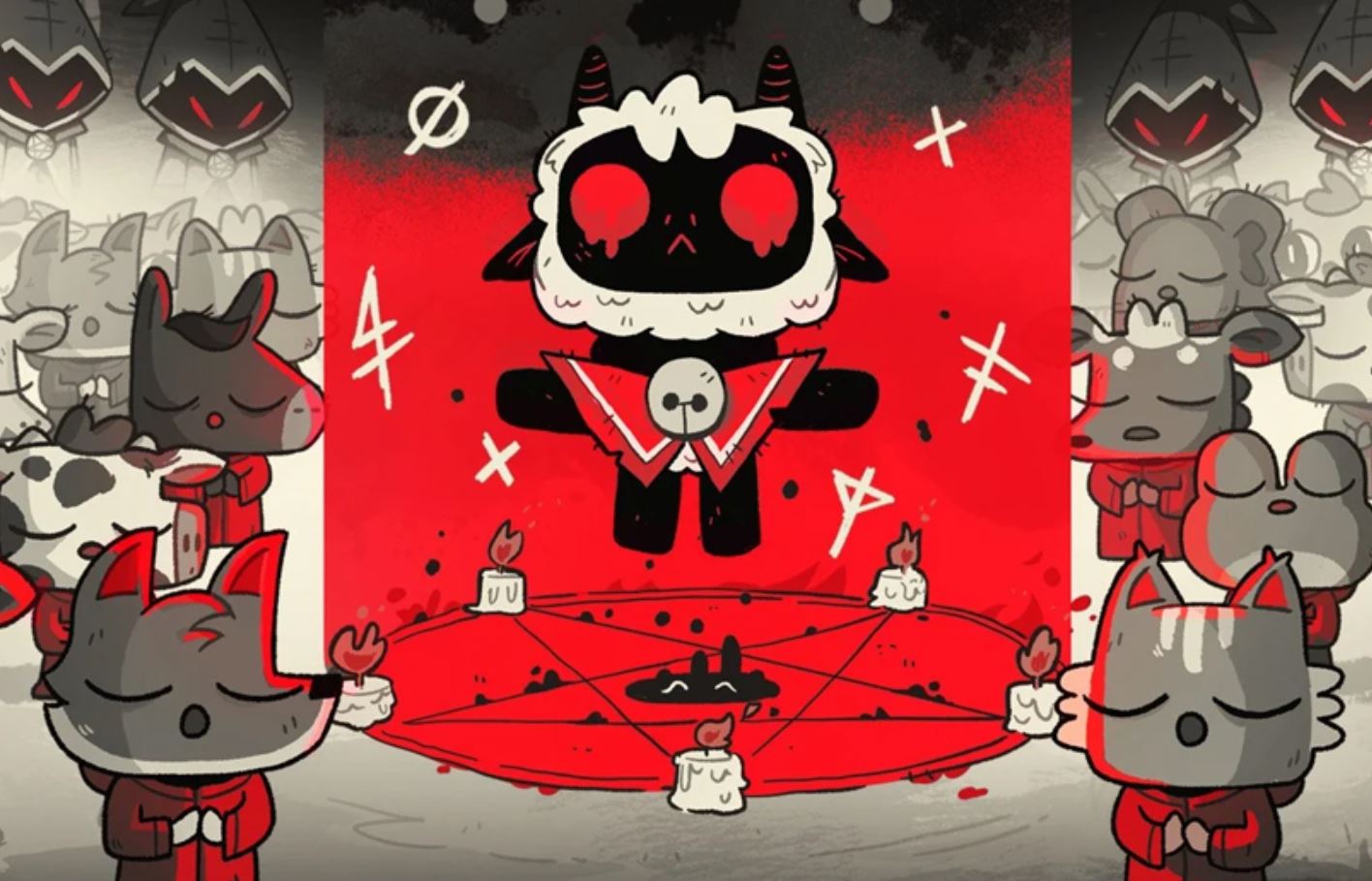 Behind its funny and cartoonish aesthetics, Cult of the lamb is a deep experience with anti-religion messages. The cult in the game is a symbol of Christianity; a church made by the “lamb of god” that is “risen from the dead”. The game criticizes how religion and its establishments brainwash their followers to advance their own causes. Both the new Bishops and the banished old god are evil creatures which is a warning for the players that no matter which god or religion you believe in, you are being used. Embedding such a profound message in a game with comic themes is a difficult task that the people at Massive Monster managed to accomplish perfectly.

Cult of the Lamb is a real indie title. It has a unique visual style; it combines popular elements from successful games into a new title while adding dark humor to it. It also has a message worth thinking about. All this makes it a title to love and remember. 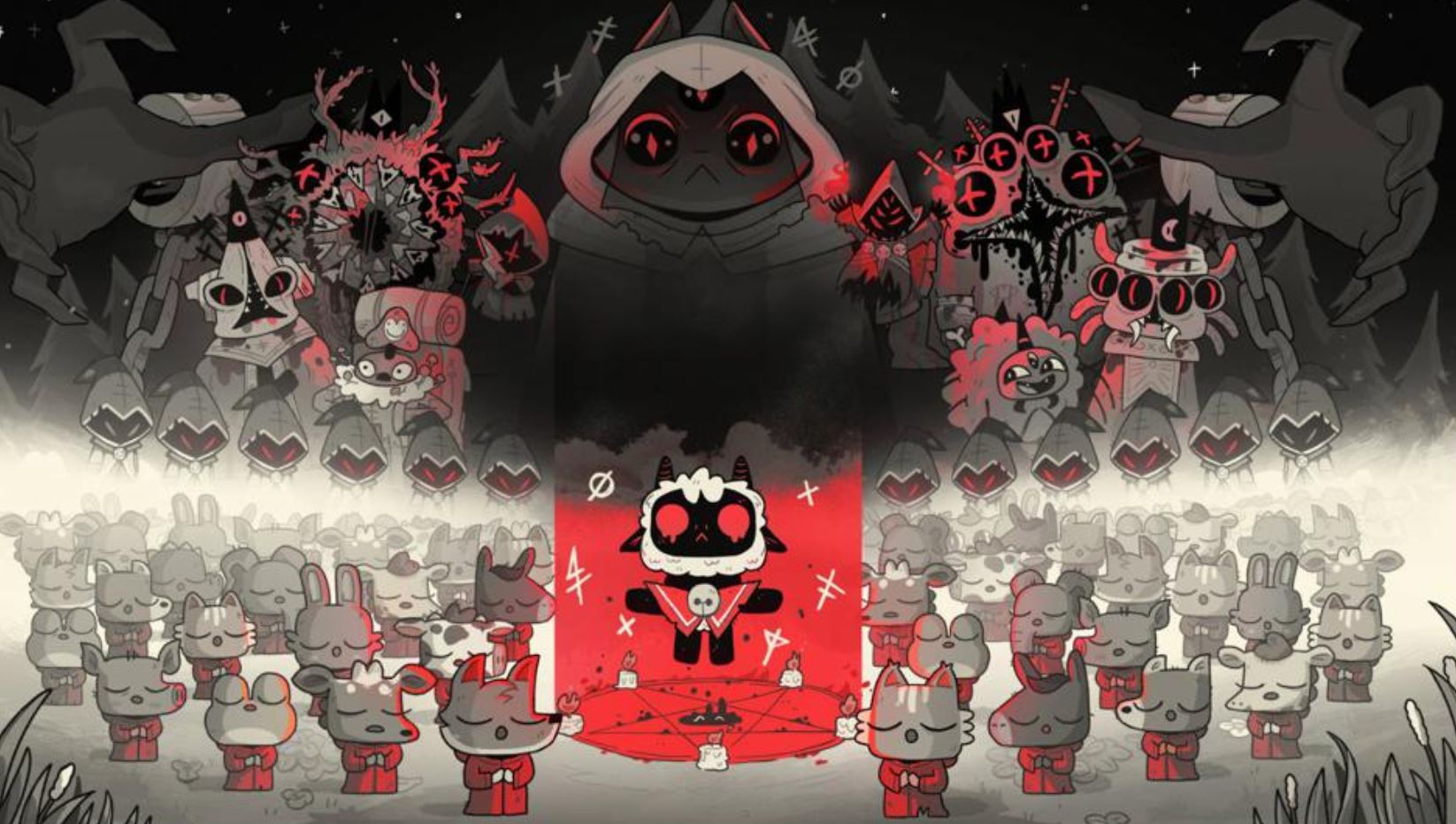