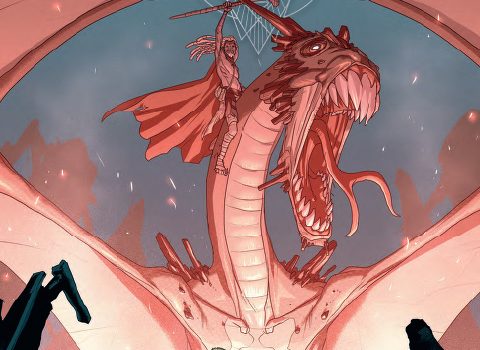 Summary: Hum and Grahame battle for the role of world dominance where only one can survive but neither have time on their side.

The headquarters of the all-powerful Mars Family is under attack, besieged by the dark assassin Hum and his army of mythical and deadly cryptids. Within this epic battle, Graham, as the remaining family elder, must step forward, putting everything he cares about on the line to protect his people and salvage the broken remains of Cryptocracy written by Van Jensen and illustrated by Pete Woods. 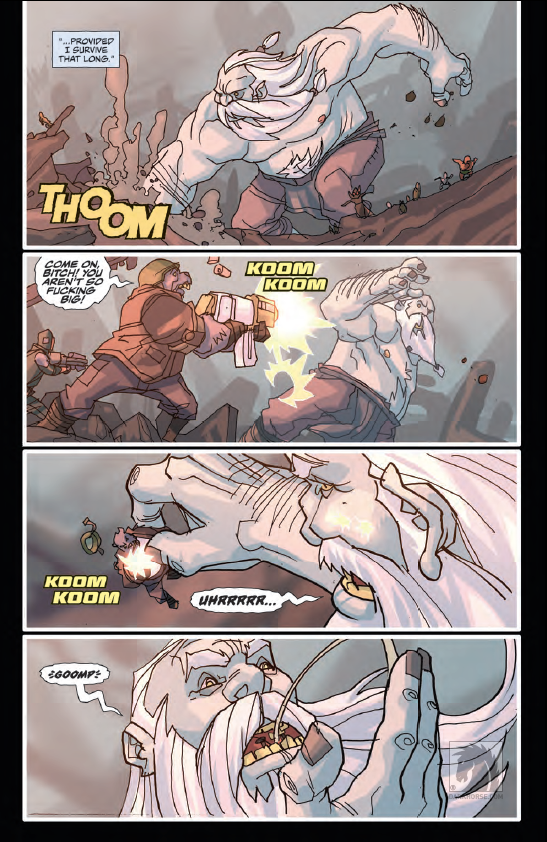 Our heroes, Grahame, with his fresh title of elder and now leader of the Mars Family, and Bela, a conspiracy theorist podcast host, have miraculously survived the fatal bombing of Denver International Airport. But as the smoke clears, and the damage unfolds, the number of casualties are the least of their concern… because as was foretold;

That’s right. The great prophecy has been fulfilled and with it stands Hum – the destroyer of the New World Order. But he is not alone. His army of cryptid monsters and warriors, eager for revenge after centuries of imprisonment in the ‘Preserve’, are ready to attack. 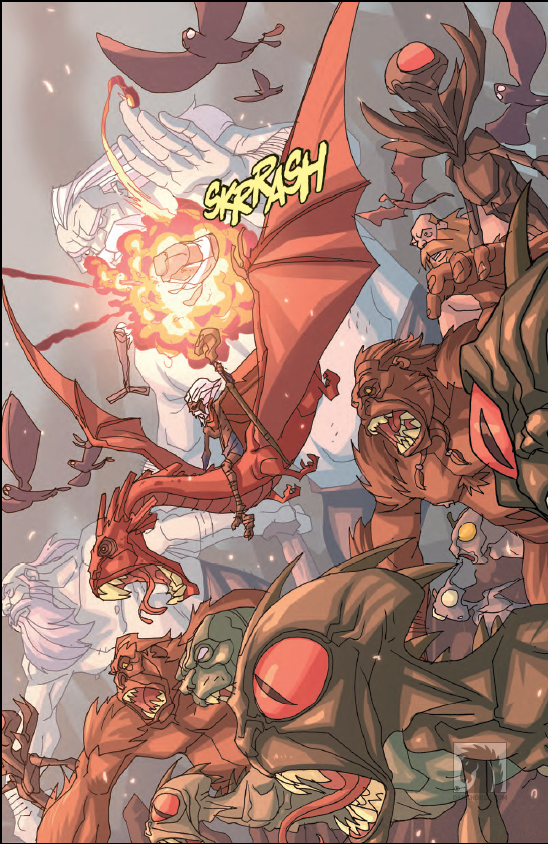 And Hum has only one mission in mind. He needs to kill Grahame because, you see, there is a secret about Grahame that even he doesn’t know… Unbeknownst to him his powerful lineage threatens to destroy everything that Hum and his overlord Chronos have worked so hard for…

This issue is full of action from the moment you open the first page, and just as you think all (well most) of your questions are answered… Van Jensen drops another lot on your lap, exploring the story behind Grahame’s adoption and his ‘real’ family. This issue touches briefly on the relationship development between our hero characters, but focuses more on the riveting battle for dominance between Hum and Grahame, and Grahame’s role as Elder. Despite being full of action throughout, the story content is neatly balanced to provide great material throughout the issue, and if anything it leaves you wanting to know more.

Pete Woods produces an impactful cover art for this issue showcasing the rise of Hum, providing a foreboding insight as to what the rest of the comic is about to reveal to its readers. Each major scenes has its own palette of colours, providing a distinct mood and feel for the story. The panels are well planned and easy to follow on each page, and a lot of detail is given to the characters, especially with their facial expressions and body movement. But my all-time favourite (and has been throughout this series) is how well illustrated the quirky cryptid creatures are. They are just so much fun to look at and examine! 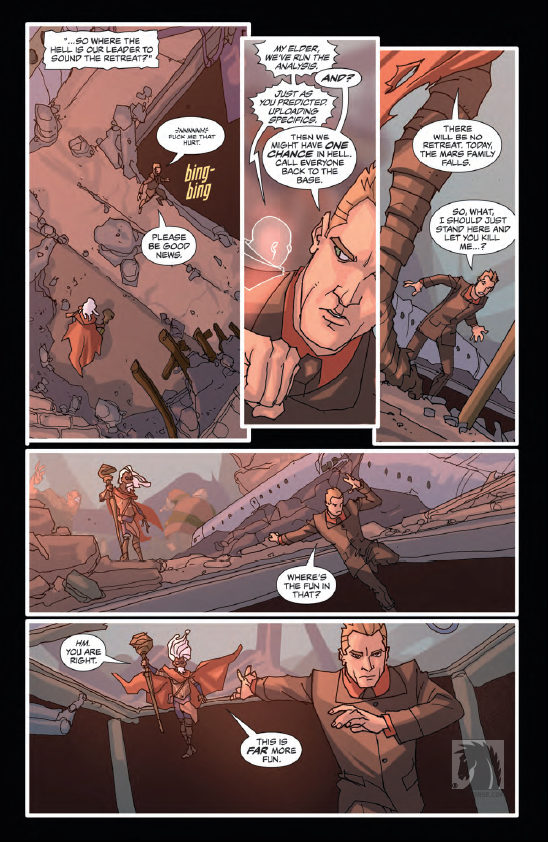 Cryptocracy continues to be an enjoyable series to read with fantastic twists and surprising turns along the way. Each issue centers around a different element or character of the overall story, adding nicely to the story depth, while complimenting the excitement of what each issue brings to the table. Hitting the stands on November 30th, get your hands on it today!