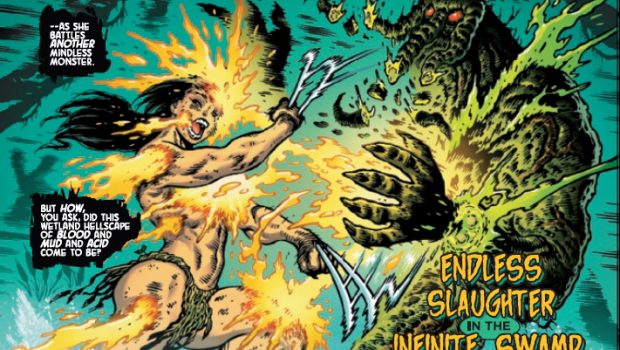 Summary: An excellent compilation of spooky themed stories even worth reading for fans of these types of stories in general and not just superheroes.

Featuring six different spooky-themed stories with various different Marvel characters, this fun compilation really gets into the spirt of things for the Halloween one-shot that a lot of characters eventually get around to having in their own storylines. Some of these characters are not really big enough to have their own stories but it is good to have their time to shine here.

There is a linking story of sorts with Doctor Strange’s brother “behind the mirror” doing the bits in between each story. Unlike the multiverse stories of late there is no other connection between the stories so they can all go off in their own directions and not have to have anything that links them that much.

I did enjoy most of the stories but my favourite would have to be Endless Slaughter in the Infinite Swamp as there really does not seem to be an end to it as both the characters (Wolverine and Man-Thing) are pretty much immortal and just waiting for the heat death of the universe.

There are a whole lot of people who worked on this so it is a good opportunity to check out other people’s work and also other characters in the Marvel extended universe if you have heard of them but not read any of their stuff before.

Well worth a look even if you are not super into superhero stuff as the horror theme is evergreen and it something different to the regular Halloween stuff that comes out this time of year also.

Neither Big Nor Bad

Down Came the Rain

Endless Slaughter in the Infinite Swamp 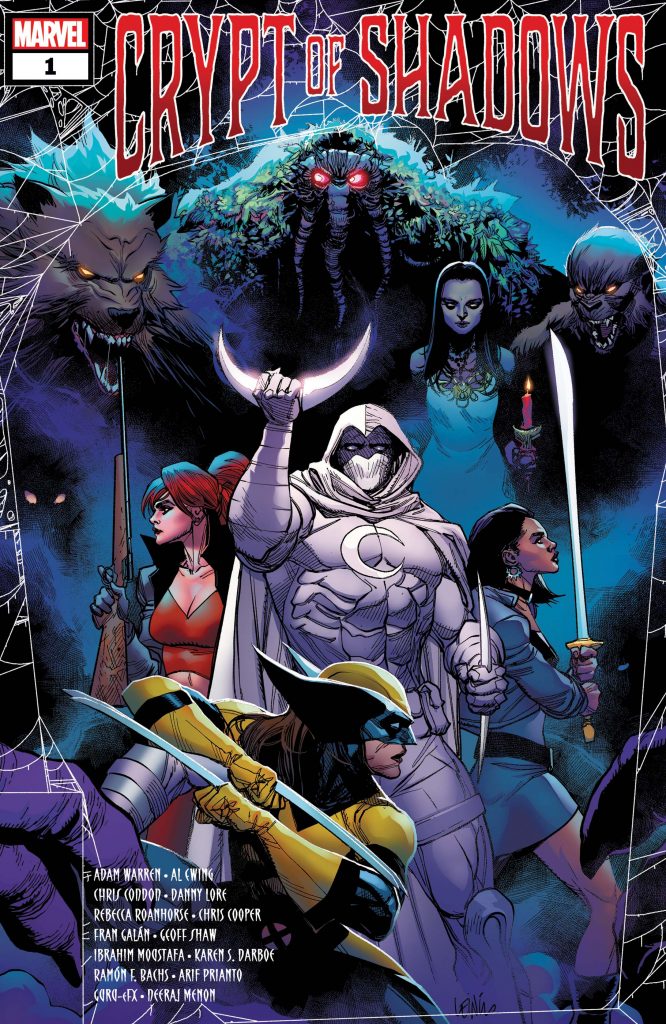