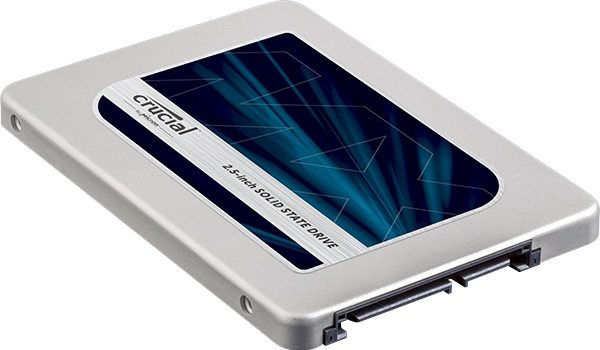 SYDNEY, 27 September 2017 – When you’re hard at work the last thing you need is for your PC to start playing up. Being hindered by your computer is something most people can relate to. A recent study by Crucial found that the average person’s patience with slow technology lasts 60 seconds before we start to get irritated. Among the top things that cause people most grief are frozen (47%) and slow computers (40%).

Crucial SSD Sr. Product Line Manager, Jonathan Weech, explained, “Anybody that works with a PC for their job will at some point have had to deal with it freezing and screeching to a halt. It’s a problem many of us experience, but how can people solve it and free themselves from the spinning hourglass of PC death? We’ve put together some tips that can help you to speed up an old or slow PC and improve reliability, to stop technology from holding you back.”

Firstly Weech says clear your cookies and cache adding, “Web browsers like Chrome tend to hold onto everything you do when online. Cookies are helpful and will store usernames and passwords for websites, but this can also slow down your computer. Internet browsers also use the cache to speed up page loading, but this process in itself is saved down as a file on your PC. This builds up over time and can slow down your PC. The best thing to do is clear your browsing data, cache and cookies regularly to prevent slowdowns.”

Then he adds it’s time to ditch your “bloatware” as when you buy a new PC you would typically expect it to arrive with a clean slate, however manufacturers sometimes fill their machines with software that can clog you up. He said, “If you come across a programme that you’ve never used before, this could be bloatware. This slows down your system and will take up storage space. Like any other programme, you can uninstall bloatware via the control panel.”

Limiting start up applications is another tip from Weech and the Crucial team as he explained, “One of the many reasons why a PC can take quite a long time to boot up is the number of applications trying to run when the computer is turning on. Some of these are essential, but programmes you don’t need open on start-up, like Skype, can be disabled using Task Manager in Windows 8 and 10, which can identify programmes with a high impact on start-up and allow you to disable them. In older versions of Windows you can do this via MSConfig and make the change within the System Configuration tool.”

An old tip but still a relevant one according to Weech is to defrag your hard drive as he continued, “Most PCs and laptops come shipped with a mechanical hard drive, which uses spinning parts to access data stored on them. As this data builds, the hard drive can overload itself and slow down PC performance. To prevent this, use the windows disk defragmentation tool to boost efficiency by reorganising your data.”

In today’s malware-ridden environments Weech also highlighted the role of virus scanners saying, “It goes without saying, but you should regularly run antivirus programmes to check for viruses and other malware. Not only do these slow you down but they also lead to security faults. Ensure your antivirus is always up to date, schedule regular scans and only have one version installed as two will slow you down.

Then there’s the standard way to better your PC’s health by maxing out your memory as Weech explained, “Pretty much everything a computer does, like turning on, moving the mouse or running QuickBooks, requires the use of memory. Older computers can struggle to keep up, but by upgrading the memory in your computer you can perk your PC back up to its old self. Installing memory might seem intimidating – but no computer skills are necessary and it’s as simple as replacing the batteries in your TV remote.”

Finally and unsurprisingly from a company like Crucial who makes the things Weech’s last piece of advice to maximise a PC’s health is to install an SSD as he concluded, “Slow, outdated technology not only wastes time and money but it can be incredibly frustrating. Installing a solid state drive (SSD) and replacing your hard drive can give you near-instant start-up and loading times, so your computer can turn on quickly and open anything pretty much immediately. This is because SSDs do not have any moving parts, unlike a regular hard drive. Certain SSDs also come with government grade encryption which can help to protect every file stored on your computer in the case of accidental data loss. Once enabled, you’ll have an efficient way of reinforcing data security which means if you do happen to lose your laptop, criminals won’t be able to access personal information or confidential business accounts.”