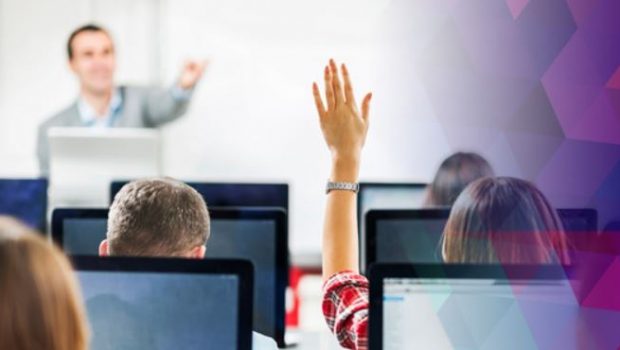 Increase student and teacher performance with memory and SSDs

SYDNEY, 27 February 2017 – Shrinking education budgets make it a challenge to deliver the computer speed and reliability that students and teachers need to succeed. With this in mind Crucial has revealed several easy ways to overcome these limitations with memory (RAM) and SSDs – an easy and affordable way to improve the performance of a school’s existing systems. Instead of spending money on expensive new computers, schools can instantly increase system speed, save money, and get more years out of current computers with new memory and SSDs.

Crucial SSD Sr. Product Line Manager Jonathan Weech explained “It used to be a unique thing for a classroom to have a computer – and it was rarely used. Those were the days of the hard drive. Today, computers are essential parts of education and students are not only expected to use them but to use them well. In the same way, SSDs are the next step in the evolution of classroom technology, sending hard drives the way of the typewriter. SSDs enable students to get more out of their computers and advance the learning process.”

Classrooms now rely on technology more than ever before, which is why it’s critical to ensure those systems run smoothly and securely. Waiting on slow computers wastes valuable class time and causes students to lose the focus that teachers work so hard to achieve. Here’s how more memory and SSDs improve student and teacher performance.

Weech added, “There may not be a more aggravating situation than working on a project, only to have your hard drive crash and lose all of your work before the assignment is due. While today’s version of “The dog ate my homework” is “My computer crashed,” no one wants to truthfully lose data because of technology that’s as outdated as that old excuse. SSDs are the new and more reliable alternative that access and store data digitally, which eliminates the small mechanical parts that were prone to failure in hard drives.”

According to Crucial there are six main ways schools benefit from more memory and SSDs.

Secondly you can boost online classes, virtual classes, and educational apps. In other words, the classroom is changing. As more schoolwork gets done online, computers and servers need more RAM and SSDs to power the digital classroom, not bog it down.

More memory and SSD better withstand the punishment of everyday classroom use as SSDs are inherently more durable than hard drives because they don’t use small mechanical moving parts to read data. You can also read this as computers that often get thrown around by students are less likely to fail.

Then there’s the fact that you can use more intensive apps or programs as many media and design apps that are now used in schools, such as Adobe® Photoshop® for graphic design and Adobe® Premiere® Pro for video editing, require large amounts of system resources. Using them in the classroom improves real-world application and better prepares students who are entering the workforce.

Better memory and SSD also improve student and teacher performance without draining the IT budget as installing more memory and SSDs instantly speeds up computers that are used for almost everything in modern education – and doubling a system’s memory from 4GB to 8GB and adding a 275GB SSD often costs 75% less than buying a new system.* Hardware is a long-term investment that you can likely also use in future systems.

Finally there’s the fact that you can avoid lengthy downtime upgrading your systems as memory and SSD installation is quick and easy, so your system upgrade won’t require significant downtime – plus, to maximise the learning value of an upgrade, you can teach students in computer science courses how to install memory and SSDs – a valuable skill.

Crucial DRAM Sr. Product Marketing Manager Jeremy Mortenson added, “More memory in school computers is an affordable way to instantly create more possibilities for what your students can do. Maxed-out memory allows them to open and surf between many Internet browser tabs with instant responsiveness as they’re doing research for school projects.”

The bottom line is that school computers don’t have to be slow and its now very easy to extend the life of a school’s systems and budget with better memory and SSDs.

Jeremy Mortenson concluded, “Education budgets are tight, making it difficult to find ways to improve your classrooms. A memory upgrade is a fast, affordable way to instantly boost the performance of aging computers without costing much money or time – two things that are extremely valuable in schools.”

For more information on how to overcome the top 5 server workload constraints go to: www.crucial.com