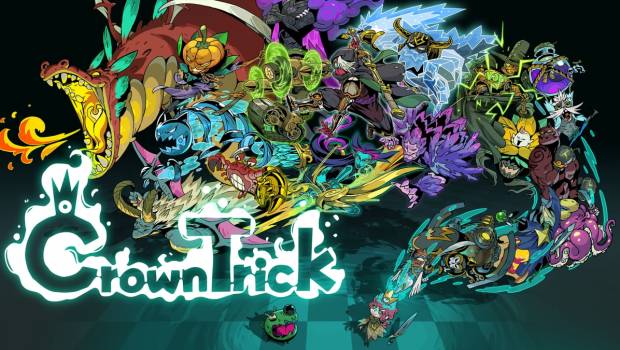 Summary: A Rouge-Like cross between Braid and Bastion, that's a good thing (without Ron Perlman's voice... that's a bad thing :( )

If Diablo was restyled with inspiration from Saturday morning cartoons and took the demonic monsters and made them almost “cute”… though still potentially deadly. You’d have some sort of idea of what Crown Trick is like. 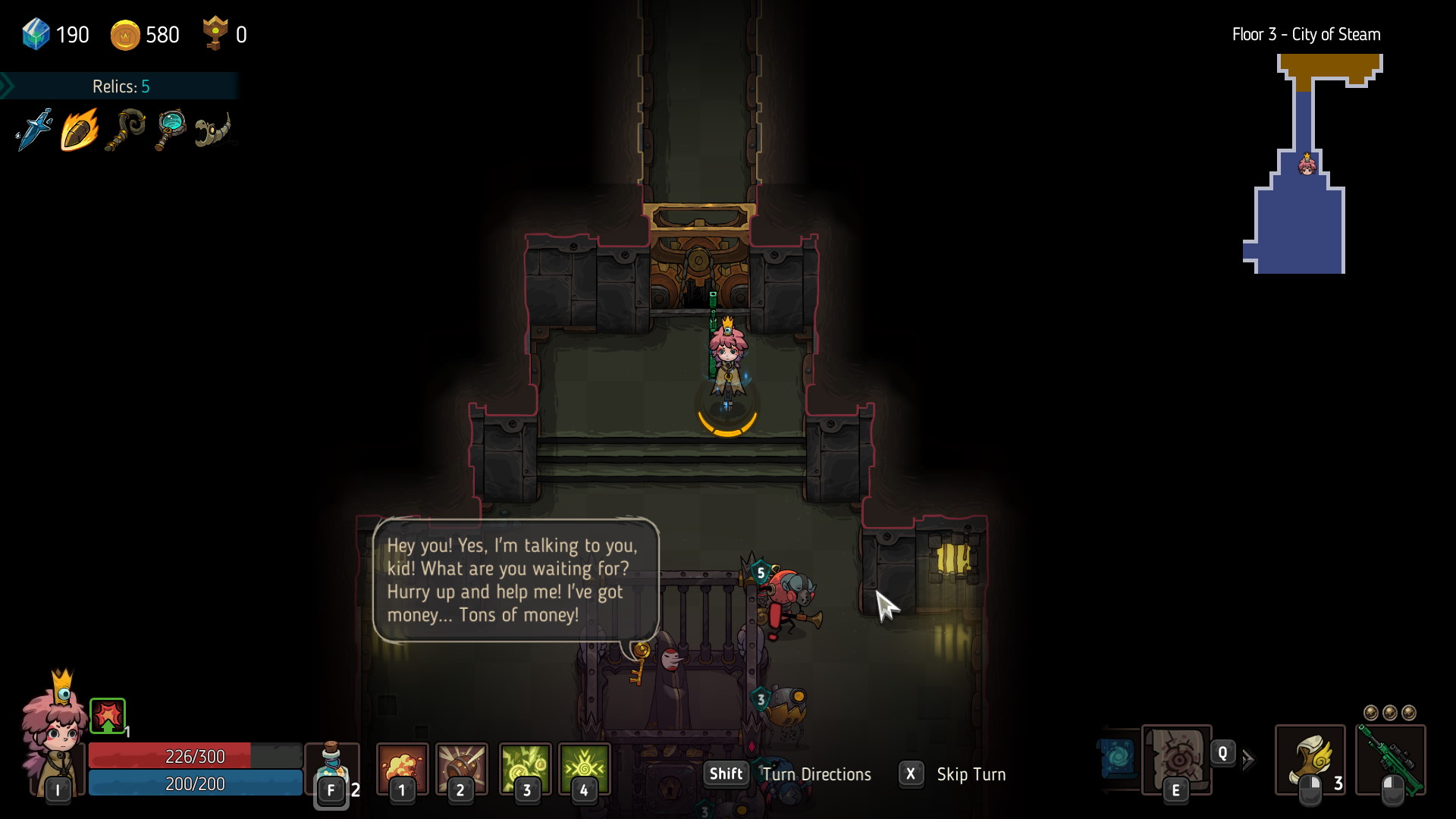 The game falls into the Rouge-like category with random levels and random loot presenting the lure to replay. Permadeath is in effect, but you don’t loose everything, you simply “awaken” in your base of operations where you can look at reconfiguring yourself for your next attempt. That base of operations slowly gets more stocked as you come across people who need saving during your travels. Release them from their captors and they will set up their little work/shops in your base where you can get different provisions to tackle your enemies. 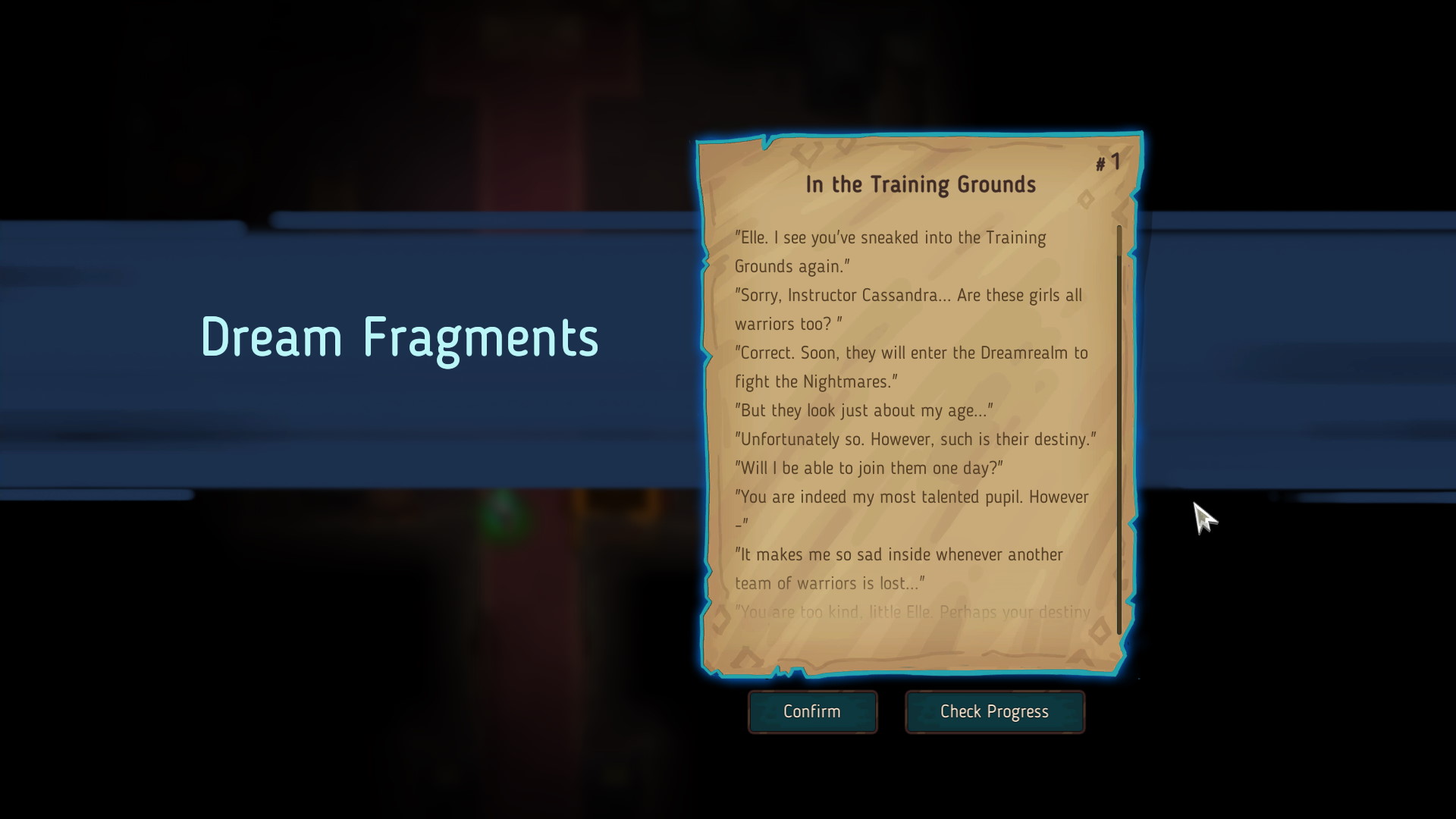 The nightmare realm is where the action is (which is why you fall asleep to attempt a run). In this realm your best asset is the fact that when combat starts, enemies only move when you move. This means you have a chance to look at the lay of the room and make some tactical decisions. Some enemies will use attacks that take a while to fire, in these cases you will get warning squares saying when and when those attacks will hit. Thanks to your (limited) blink ability you can flash to another portion of the room to avoid these, but you only have a few uses before you will have to find another method of escape. You have one primary weapon then some bonus tools such as your familiar/s. Once you defeat a boss, they become part of your pool of characters you can call on to help you in a run, each one has it’s own set of abilities and which one will work best for a given run can vary. 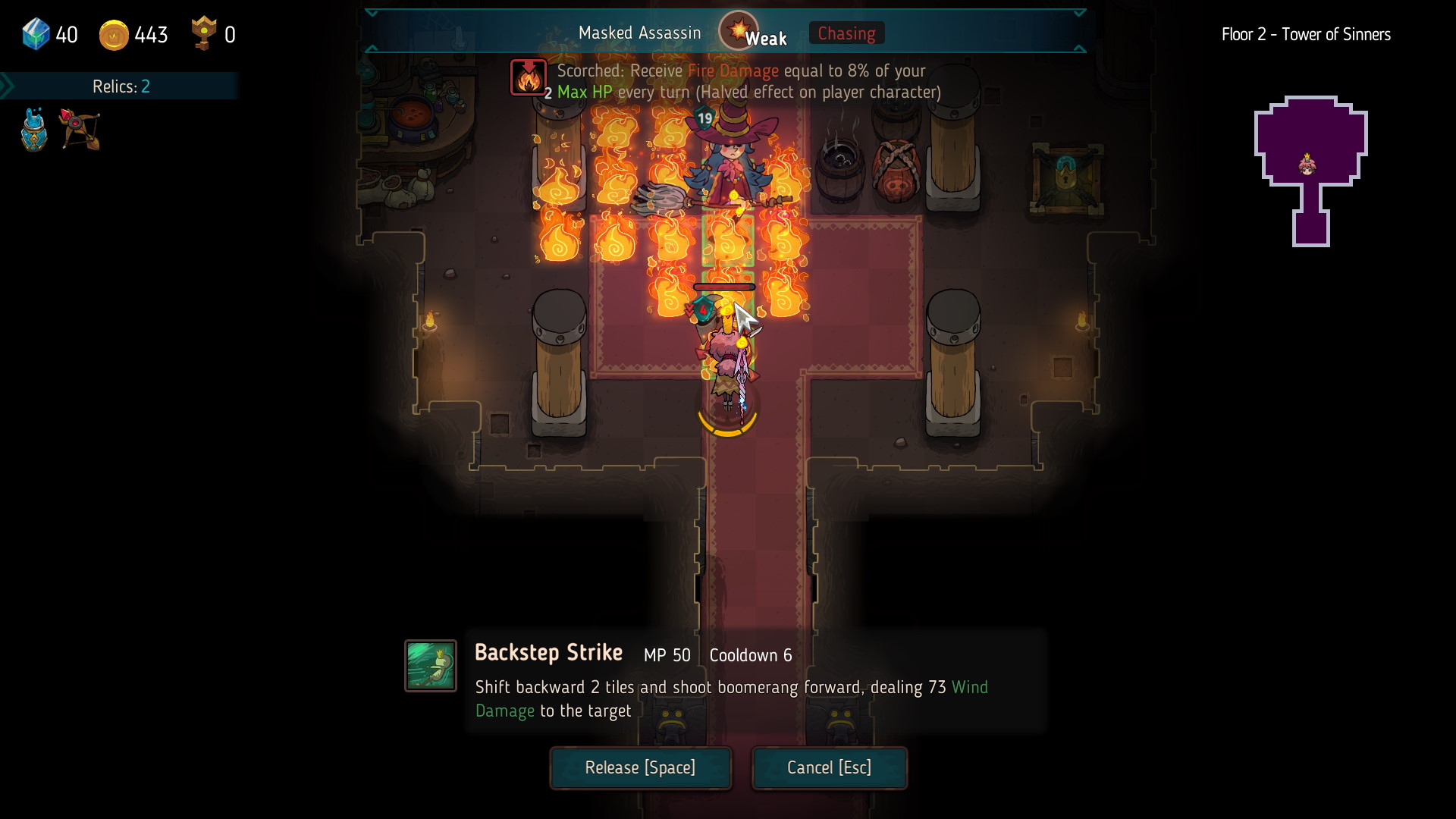 When the inevitable happens and you take damage (or run out of magic) you can use a potion to revive, it will revive both health and magic… but you can only carry so many with you, so when you use it becomes very influential to your chance of survival in the long run, not just the short run. 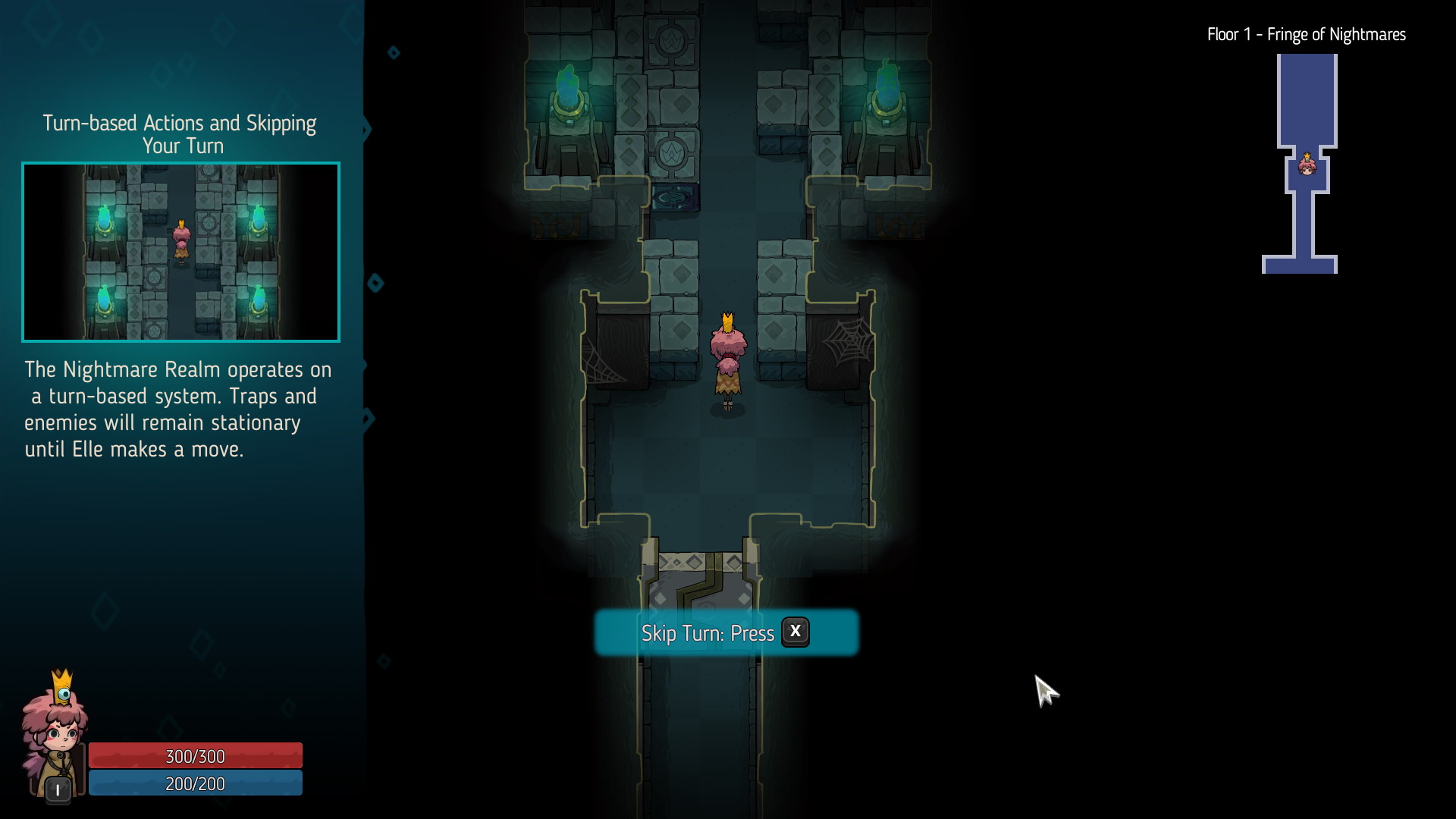 I was taken in by the game from the get go… the visuals are lovely an playful and the gameplay is challenging but not frustrating (no doubt some will find it “too easy”, but for me it was a good balance).

It’s a great title to be able to pick up and have a play through to pass time and thanks to the random levels and loot it seems fresh each time.

If you like this style of game I am quite happy to recommend it!