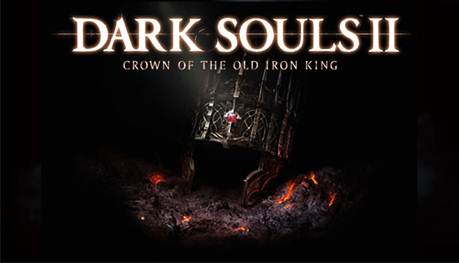 Forget about the regular obstacles, enemies, and bosses presented in DARK SOULS™ II; FromSoftware today releases Crown of the Old Iron King, the second chapter in its The Lost Crowns DLC trilogy for DARK SOULS II. Each chapter is specifically designed to enhance, challenge, and bring players to their knees as they experience the peril that is awaiting them in the DARK SOULS II The Lost Crowns trilogy.

Unfaltering fans of DARK SOULS™ II will immediately head over to the PlayStation®Network, Xbox Live Marketplace, or STEAM to get this newest chapter in the unyielding DARK SOULS franchise. Gamers that are heroic enough to take on this grueling odyssey will find new environments, enemies, traps, and bosses to conquer as they embark on a journey to reclaim the crowns that Drangleic’s King Vendrick once owned. Crown of the Old Iron King features an entirely different world within the DARK SOULS™ II universe, where players will venture into a massive tower swamped by black mist where flames, smoke and sorcery sadistically lurk.