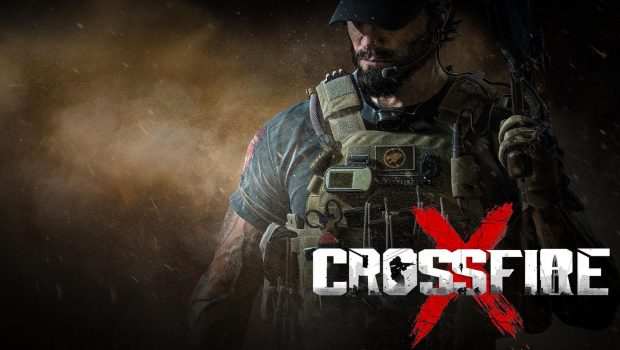 Summary: What could’ve been a solid addition to the Game Pass family, ends up a disappointing mix of interesting ideas and bad execution.

When CrossfireX was first announced for Xbox Game Pass back in 2020, it was exciting to see a realistic first person shooter other than Call of Duty get some of the limelight. A sort of original take and sort of remake of the 2007 Crossfire, CrossfireX looks to recapture the Counter-Strike style multiplayer it was once known for while also delivering a brand new campaign curated by none other than Alan Wake, Quantum Break, and Control developer Remedy Entertainment. While this sounds like a winning combination, the results are both disappointing and a bit baffling.

CrossfireX contains two standalone single-player campaigns, both of which can be separately purchased if one so desires. Both campaigns are interconnected with each other, following opposite factions of fictional special-op teams in a battle with each other that’s ultimately nearing war. While not wholly original, it’s a neat idea to have two campaigns that focus on opposite perspectives of the story. Unfortunately neither one feels fully realized, featuring stories that are often confusingly explained. There’s something about tapping into one’s head to see the future, and then someone’s fate being the downfall of the other faction or…. something like that. 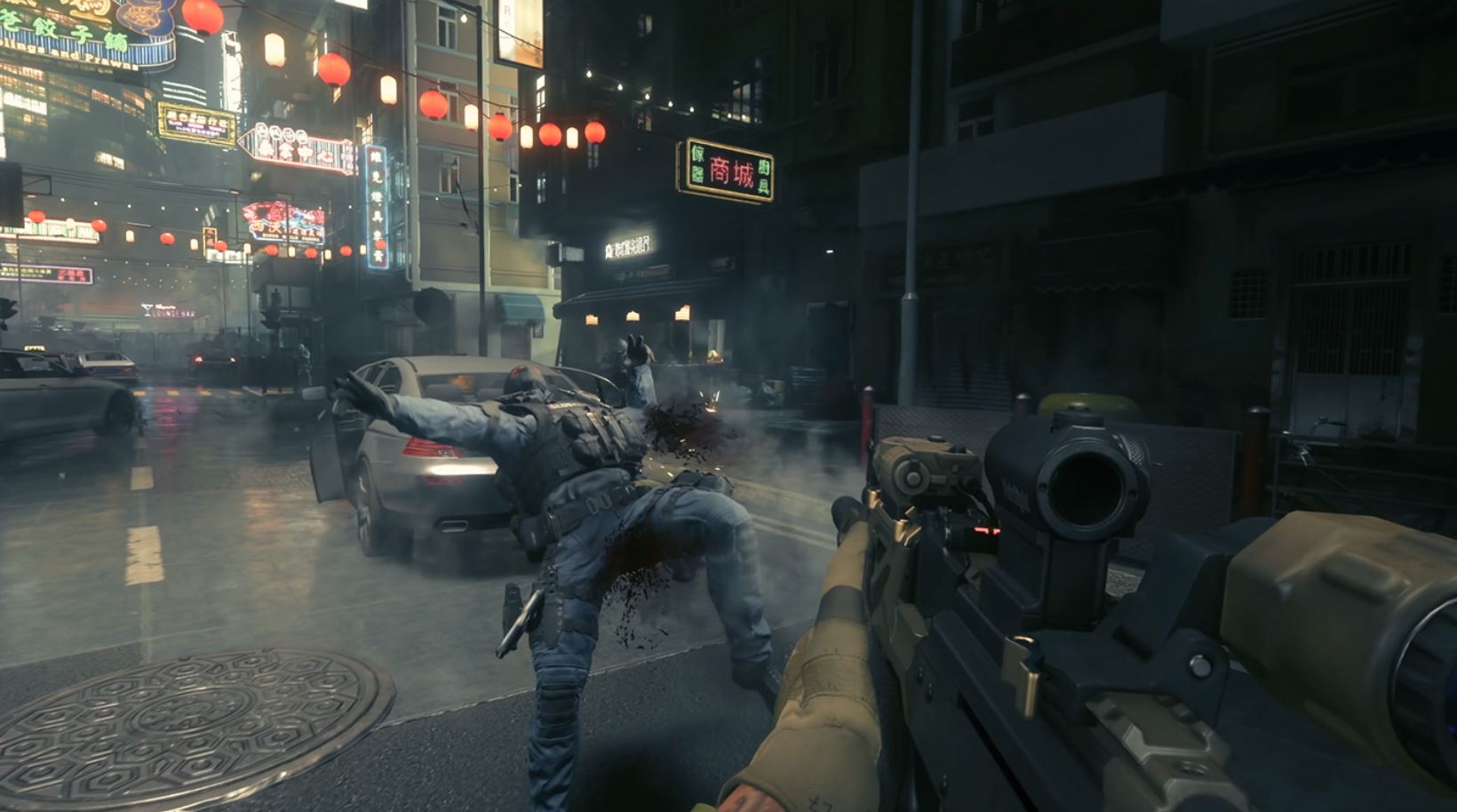 While both campaigns are action packed and swiftly paced, they both boil down to “save your squad-mate here” or “infiltrate this research facility there.” There are glimpses of some great gameplay mechanics, like a sequence in which you switch back in forth between a squad-mate on the ground and the sniper that’s covering him, and another where you’re given a special suit granting you invisibility. These moments are interesting and fun but they’re over all too quickly. The majority of the time is unfortunately spent in firefights with fairly unintelligent AI where you can clear a room with ease (on normal difficulty at least). The gunplay also just feels off in general too, with sustaining fire feeling like most of your bullets are going through enemies without any hit-markers making for some truly frustrating moments. There’s also a bullet-time mechanic that feels thrown in there, allowing you to snap to targets in slow motion. It’s supposed to be this quick and visceral way to take out your enemies, but it just feels sloppy and sometimes imprecise.

Remedy is known for delivering engaging stories with memorable characters and top-notch voice acting. It’s unfortunate that none of these aspects are present in either of CrossfireX’s campaigns. While the fast pacing mostly favors the action, it does no favors for the story. With both campaigns lasting less than two hours each, there just isn’t enough time to get to know the characters or care about their motives. One minute a character is saying he can’t trust someone and about 15 minutes later he’s saying he can’t leave that someone behind. The cringy dialogue also doesn’t help, with characters entering a room full of enemies saying things like, “It’s like Cinco de Mayo in here!” Though the campaign disappoints, the bread and butter of CrossfireX is its free-to-play multiplayer. But just like the campaign, the it’s a disappointment as well. 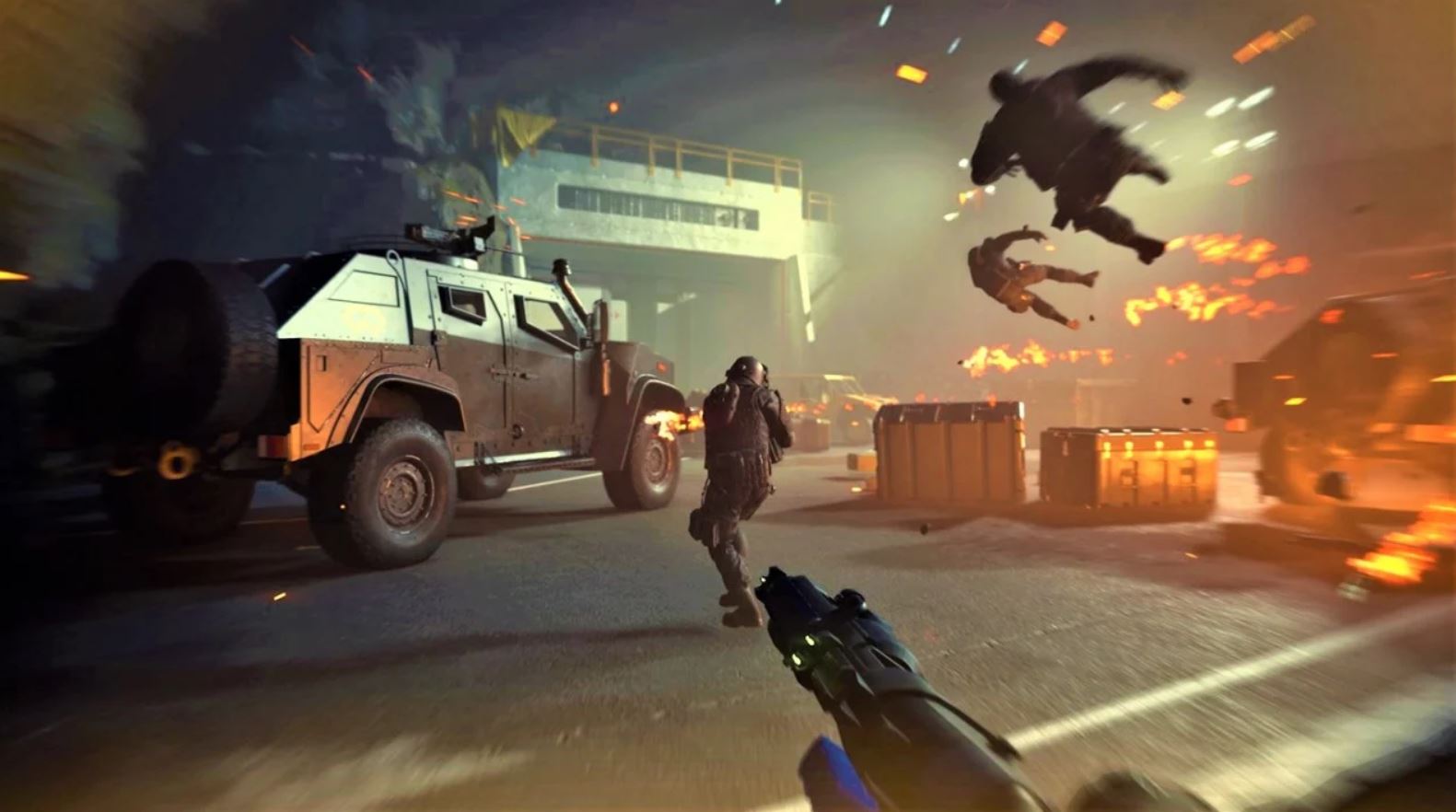 The multiplayer section is split into two different formats, “Modern” and “Classic.” “Modern” feels like an uninspired version of Call of Duty, where you can sprint, aim down sights, and even earn perks throughout the match in the form of score-streaks. There are currently two modes for modern, “Search and Destroy” and “Point Capture” (like Domination), with all game modes being tied to one specific map. I’m not sure who thought it was a good idea to omit a map rotation, but playing the same game mode on the same map over and over again gets old very fast. In fact, it means you will have seen everything the game mode has to offer in just one or two matches. Throw in a severely lacking loadout system with limited options, and there just isn’t anything here keeping the modes feeling fresh.

The other mode, “Classic,” features a Counter-Strike style mode that tries to recapture the felling of the original Crossfire, and takes away the aim down sights and the ability to sprint. The problem with this mode is the hip-fire reticle doesn’t feel precise enough to feel as competitive as it’s trying to be. And to make matters worse, crouching barely improves the aiming making it a useless feature in the mode altogether. Unless you’re sniping, every encounter essentially becomes a “who can get luckier in this firefight” scenario when there isn’t much skill involved in a constant spraying and praying. “Search and Destroy” and “Team Deathmatch” are the standard modes in “Classic” while the other modes “Spectre” and “Nano” seem like silly afterthoughts. “Spectre” has a team of invisible knife wielding soldiers against a team of fully armed and fully exposed ones where “Nano” is basically Infected where if an enemy touches you then you become part of the mele-only enemy team. Neither plays out with much of any skill and the maps have far too many cheap points to be exposed, often favoring one side over the other. The multiplayer was curated by the same developers of the original Crossfire, and it unfortunately seems like they were more focused with slapping on a new coat of paint than actually evolving the game in meaningful ways. 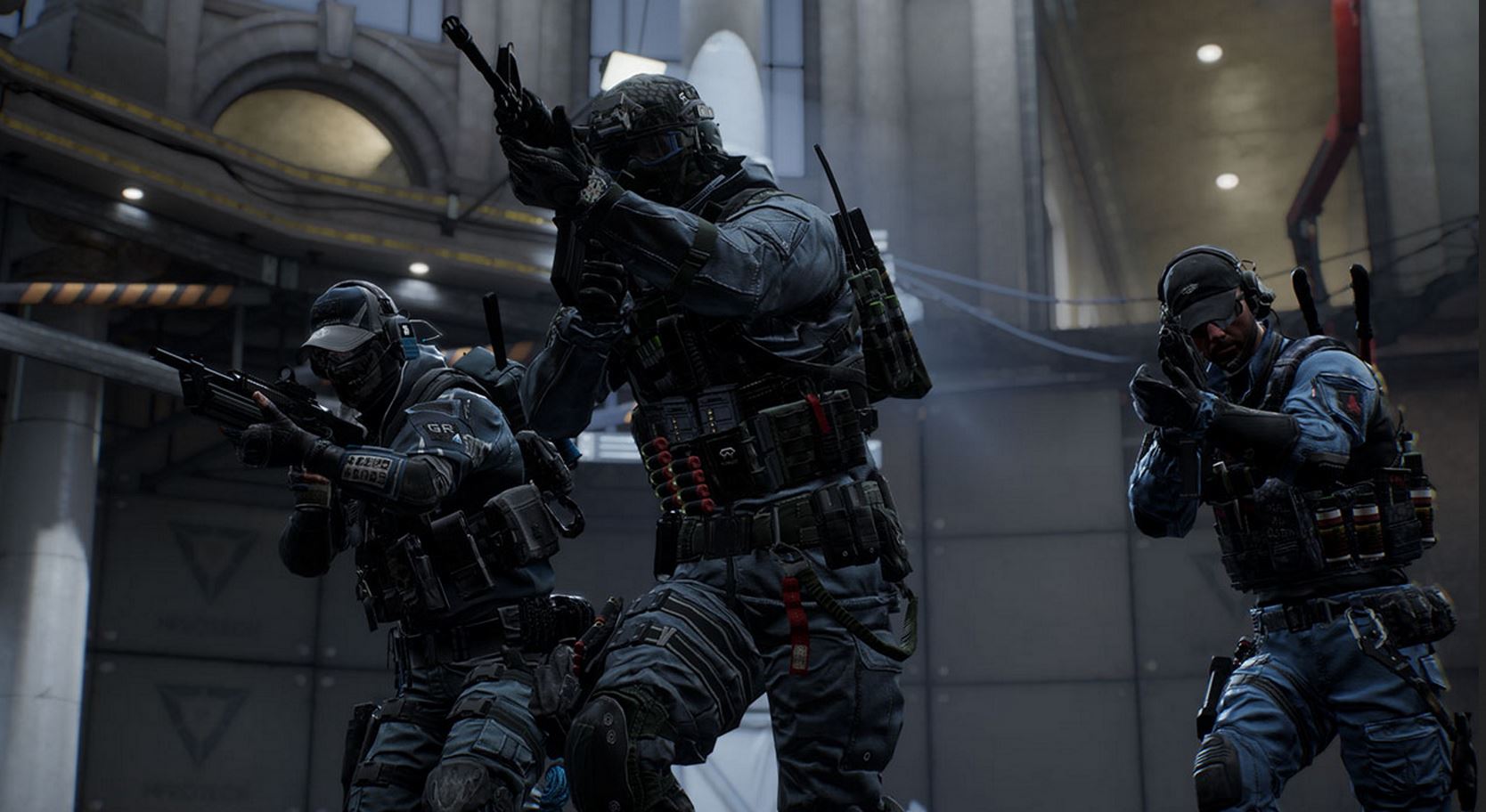 The campaign is a disappointing miss from the insanely talented team at Remedy and the multiplayer is too focused on making the past look prettier without revamping the outdated gameplay. This could have been a great addition to Xbox Game Pass family to get FPS fans excited for something different from the new norm, but it ends up feeling like an uninspired version of all the games we’re already too familiar with. While trying to please more people with its variety of modes, it feels like there is a severe lack of identity here. It makes for an ultimately disappointing experience and one that’s tough to figure out just who this game was made for. 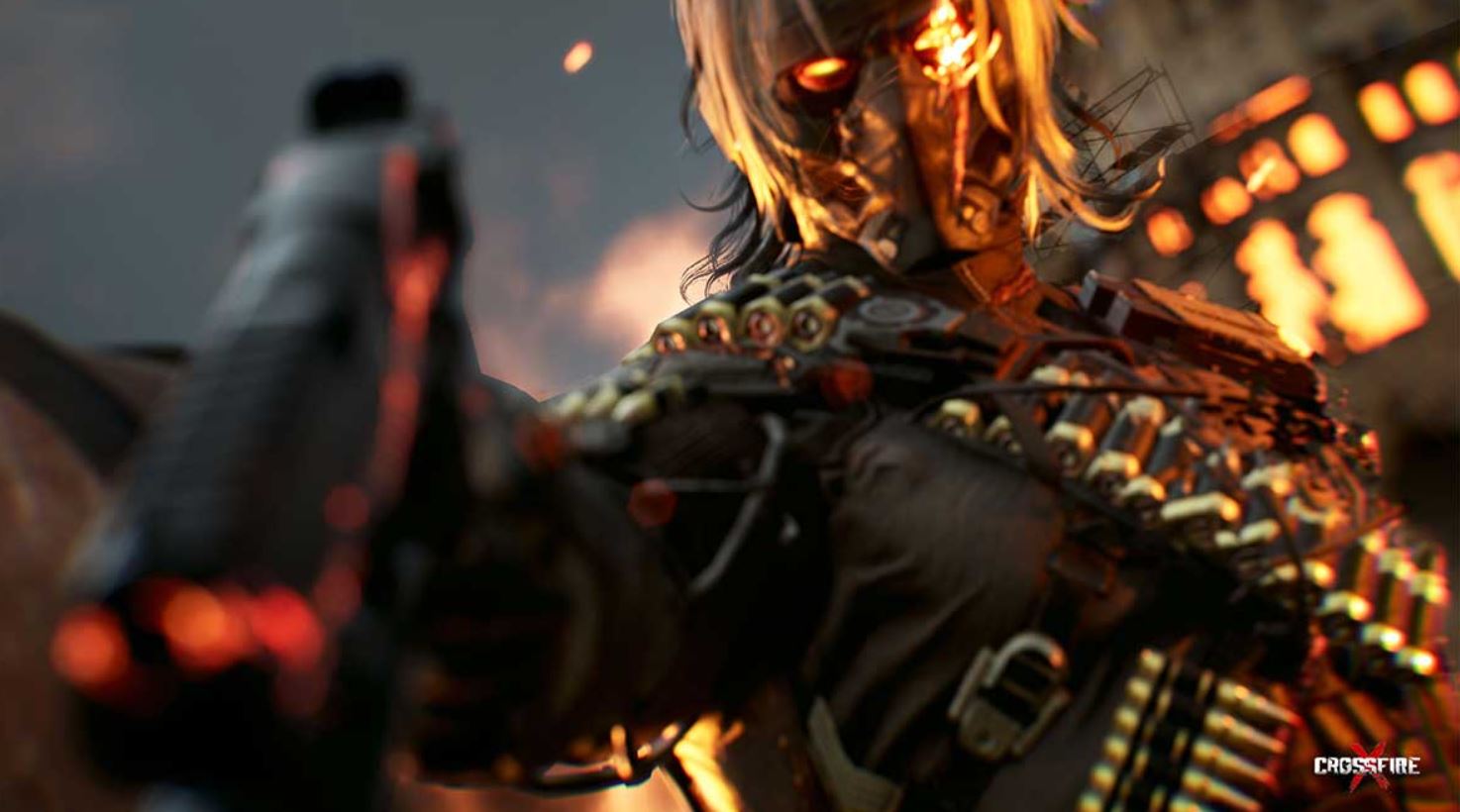