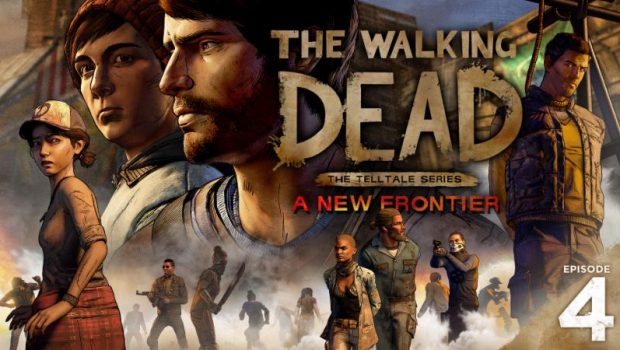 Critically-Acclaimed ‘The Walking Dead: The Telltale Series – A New Frontier’ Continues with Episode Four: ‘Thicker Than Water’ on April 25th

Today we can share the official trailer and release date for the critically-acclaimed The Walking Dead: The Telltale Series – A New Frontier’s upcoming Episode 4: ‘Thicker Than Water’.

Beginning Tuesday April 25th, players can download Episode 4: ‘Thicker Than Water’ on PlayStation 4, Xbox One, PC/Steam, iOS, and Android-based devices. The episode will also download for all users of the special Season Pass disc for consoles, which includes the critically acclaimed two-part premiere episodes, and grants access to Episode 3 and all subsequent episodes in the five episode season for download as they become available.

Upon discovering the true nature of the New Frontier’s leadership, relationships within the Garcia family have come to a head. As Javier, you will decide the shape and nature of your chosen family. All the while, a herd of walkers moves ever closer to Richmond, putting pressure on allies and enemies alike. With distrust running rampant, you’ll have to determine if blood is thicker than water…