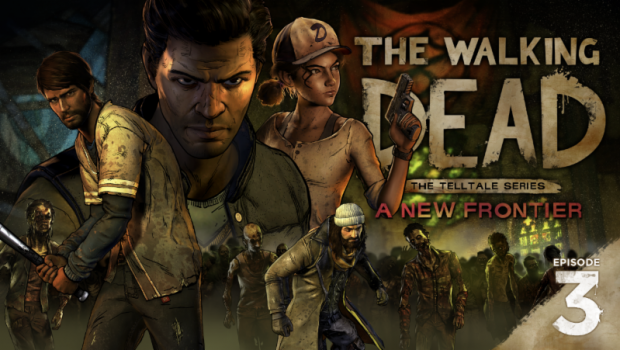 Today we can share the release date for the critically-acclaimed The Walking Dead: The Telltale Series – A New Frontier’s upcoming Episode 3: ‘Above the Law’.

Beginning Tuesday March 28th, players can download Episode 3: ‘Above the Law’ on PlayStation 4, Xbox One, PC/Steam, iOS, and Android-based devices. The episode will also download for all users of the special Season Pass disc for consoles, which includes the critically acclaimed two-part premiere episodes, and grants access to Episode 3 and all subsequent episodes in the five episode season for download as they become available.

After the shocking events of ‘Ties That Bind: Part Two’, Javier struggles to find a role in his newly reunited family. Meanwhile, tension within the walls of Richmond grow. Will Clementine and the rest of the group turn against Javier? It may be time to choose between the family you’re born into and the family you’ve made…