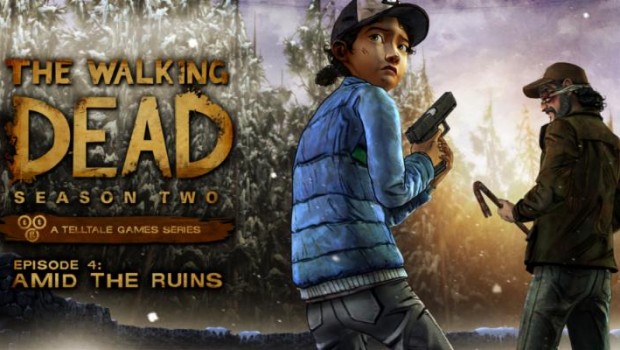 The episode is available today on Xbox Games Store for Xbox 360® video game and entertainment system from Microsoft, on the PlayStation®Network for PlayStation 3 and PS Vita, also on PC and Mac from the Telltale Online Store, Steam, and other digital distribution services. The episode will also be available on the App Store for compatible iOS devices Thursday, July 24th.

In their review of ‘Amid the Ruins,’GameTrailers.com awarded the episode a 9.5 out of 10 score, saying, “The writing is the best it’s ever been, employing meaningful character development, symbolism, and choice to create a story that’s emotionally exhausting,”  later adding, “There’s a level of purpose and confidence here that the studio has rarely matched.”Gamespot.com awarded the episode a 9 out of 10 score, saying, “Telltale’s masterful storytelling keeps us hoping for the best even as that optimism is continually shattered by what is proving to be one of the most memorable tragedies ever told in gaming.”

To date, The Walking Dead: A Telltale Games Series has sold more than 28 million episodes worldwide, earning more than 90 Game of the Year awards from outlets including Metacritic, USA Today, Wired, Spike TV VGAs, Yahoo!, The Telegraph, Mashable, Polygon, Destructoid and GamesRadar, and was also the recipient of two BAFTA Video Games Awards for Best Story and Best Mobile Game.