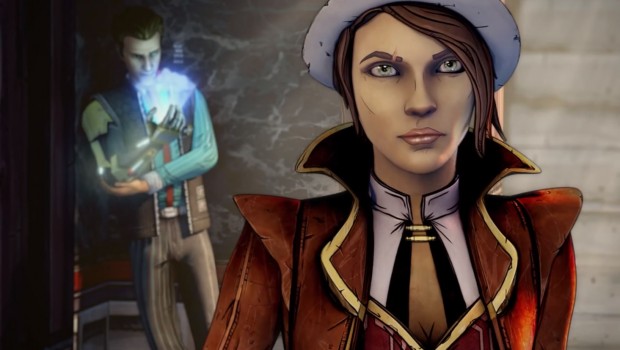 Critically-Acclaimed ‘Tales from the Borderlands’ Continues in Episode 2, ‘Atlas Mugged’

SAN RAFAEL, Calif., March 17th, 2015 — Leading and award-winning developer and publisher of digital entertainment Telltale Games, in collaboration with award-winning developer Gearbox Software, creator of the beloved Borderlands franchise, and publisher 2K, today announced the release of ‘Atlas Mugged,’ the second of five episodes for Tales from the Borderlands: A Telltale Games Series.

“Tales from the Borderlands is our proudest studio collaboration to date. We’re over the moon to be working with the incredible team at Gearbox to continue the Borderlands story in ways we don’t think fans will ever see coming,” said Kevin Bruner, CEO and co-founder of Telltale Games. “The season premiere was a wild ride, and we were incredibly happy with its reception. The team has been hard at work on the second chapter with our biggest cast and most epic set-pieces yet. We’re asking everyone to strap in and hang on tight; we’re just getting started!”

In this second episode of the season, ‘Atlas Mugged,’ the discovery of the Gortys Project fuels a madcap race to find just what the Atlas Corporation was up to prior to Hyperion’s takeover of Pandora. Our intrepid heroes are not the only ones on the trail. Vault Hunters, Bounty Hunters, Vasquez, and a giant monster thing with a mouth that looks like a… well, you’ll see… are all in pursuit. And to complicate matters, Rhys is being haunted by visions of a dead despot AND what Vaughn looks like without his shirt on. Can Fiona and Sasha hold everything together? That’s up to you.

Critics have weighed in on the second episode across the web, with Kotaku saying, “Tales from the Borderlands is what I’ve wanted from Telltale for ages,” with Gamespot declaring, “It’s absurd, lewd, and hilarious.” Polygon also said, “The voice actors, from Troy Baker to Patrick Warburton, approach the script with gusto, and the writing crackles with the sort of life and energy that drives the best comedy.”

Tales from the Borderlands: A Telltale Games Series – Episode 2: ‘Atlas Mugged’ is rated ‘M’ (Mature) for Violence, Blood, Language, and Use of Alcohol by the ESRB. The series is published digitally by Telltale Games in partnership with Gearbox Software and 2K.