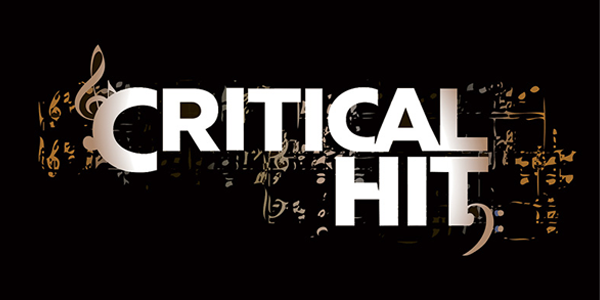 Critical Hit: Volume One will ship on October 31, featuring 12 electrifying arrangements of gaming’s greatest hits. Tracks from World of Warcraft, Super Mario World, The Legend of Zelda, The Elder Scrolls V: Skyrim, Halo, Final Fantasy, Call of Duty, Metal Gear Solid, and more are presented in a wide variety of musical styles from rock to classical and beyond.
Musicians Hall of Fame inductee David Frank Paich, pianist of the legendary band Toto and co-writer on hit titles Africa, Rosanna, and Hold the Line, is featured on the album.

Critical Hit: Volume One and branded merchandise are now available for purchase on the band’s official website. Those who pre-order prior to October 31, 2013 will receive their items personally signed by Jason Hayes: http://www.criticalhitband.com

“Playing in bands was a big part of my life before I became a full-time composer,” comments Critical Hit founder Jason Hayes, “so it’s awesome to be able to return to live performance, while exploring my favorite videogame themes with such amazing and accomplished musician friends. The best part is connecting with people who are as passionate about videogame music as I am.”

The full track listing for Critical Hit: Volume One is as follows:

03. World of Warcraft: “Legends of Azeroth”

04. The Legend of Zelda: Ocarina of Time: “Zelda’s Lullaby”