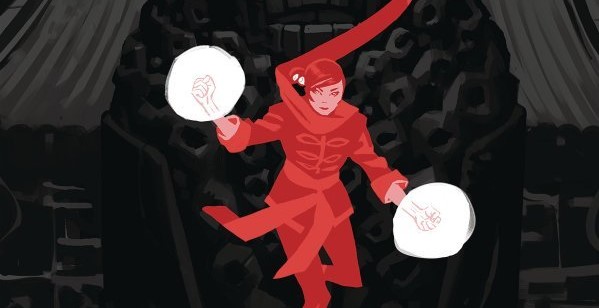 The epic finale is here, and it doesn’t disappoint!

Agent Dai and Shengli face the Crimson Lotus one last time. The fight is on, and they must stop at nothing to keep the mystic idol from her grasp.

The issue begins outside the temple where we see Chinese soldiers standing guard. They begin to question why they are there, but before they can ponder on this thought for long, they are ambushed by a Japanese air raid. One of the soldiers runs to alert those inside the central chamber, however, he is halted by an unexpected force, never making it to his destination. Meanwhile, Agent Dai and Shengli are inside fighting against an array of hellish demonic creatures. After a few close shaves, Shengli and Dai brace for the arrival of the Crimson Lotus, who is appears in a giant ball of light and energy. The fight is intense, epic and everything you’d hope to see with mystics, demons and witches, however, before the Lotus can get her hands on the idol, she is interrupted by the unexpected arrival of a power much greater than her own.

Wow, this was the ending I was hoping for. It’s excellent, brutal and compelling, delivering the fan service that many Mignolaverse readers will love to see. Of course, I’m being a bit vague here, and I left out a lot in my overview because, spoilers darling. What I will say is that this is sharp, clever and punchy writing, with John Arcudi bringing this curious tale to its climactic finale with style and pizzazz, yes, I did just say pizazz…oh lordy!

There is also lot of action in the final issue, but that’s where you want this stage of the story to be at. Now, I know I’ve complained in the past about the excessive action, however, it really works in this particular issue. This is the moment the series has been building up to, and it needs to pack a punch, which it thankfully does. Yes, its fast-paced and intense, but it slows when it needs to, allowing for things to be tidied up and the developments to be fleshed out and finished.

Visually, this was my favourite issue, with Mindy Lee flexing her artistic muscle in the most wonderful way. There is a lot going on, with never a dull moment on the page. Giant zeppelins, dark magic, mutated demons and catastrophic calamities, it’s all there and is an absolute visual feast for the eyes. I had a lot of fun reading this particular issue, mainly because the art really does shine. Mindy also does a great job at capturing a feeling of movement through her fine, detailed linework. Nothing feels static or motionless on the page, allowing for these action scenes that dominate this issue to really stand out. Michelle Madsen’s colouring is a riot of colour, and really helps to highlight the intensity of the fight scenes. Vibrant splashes of colour dominate, especially when magic is being used, helping to create an otherworldly feeling.

Overall, I had a lot of fun reading this issue. It has been my favourite of this series so far, and it was a great way to end the story. 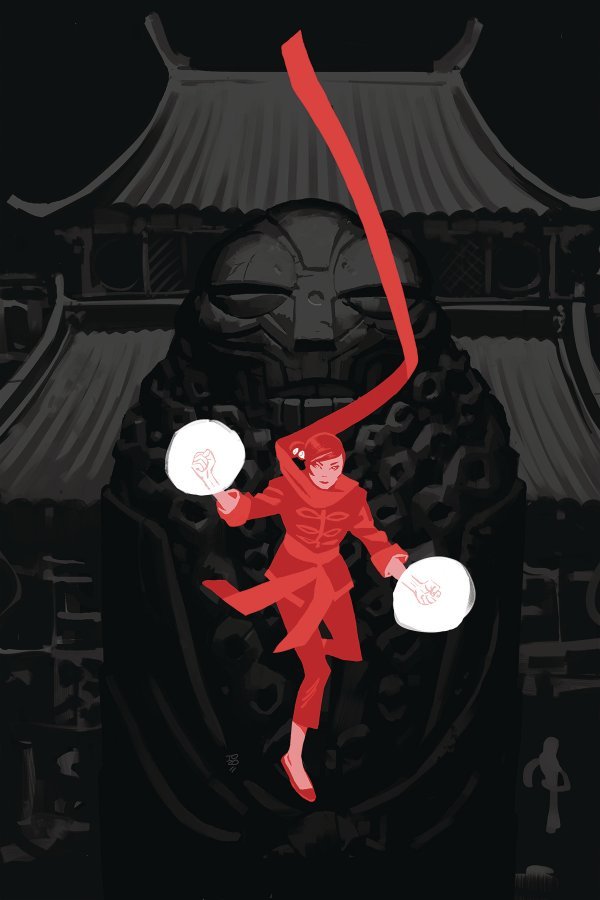