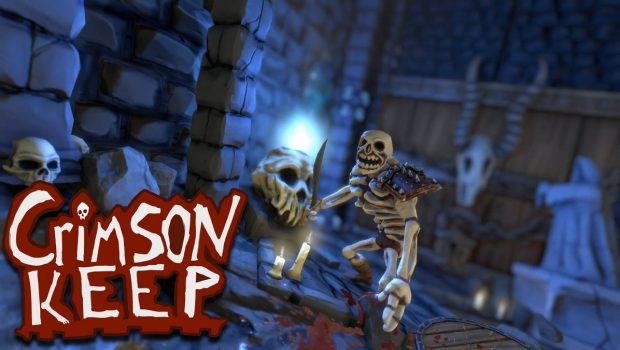 Summary: A buggy Action RPG, that tries to be more than it needs to be, rife with repetitiveness and lack of incentivised play

“You are a prisoner of this Hellish place.” Crimson Keep is a procedurally generated action RPG, full of traps, monsters and treasures, can you locate the sunken remains of the Crimson Keep and cleanse it? The power within might be your only chance of escape.

The short, somewhat cliche story is thus; Thirty years ago, a curse destroyed the village of Larkstead. Banished to the dungeons below, your only hope is to explore, scavenge, and fight to survive. The game advertises itself, as an action, survival, RPG adventure. 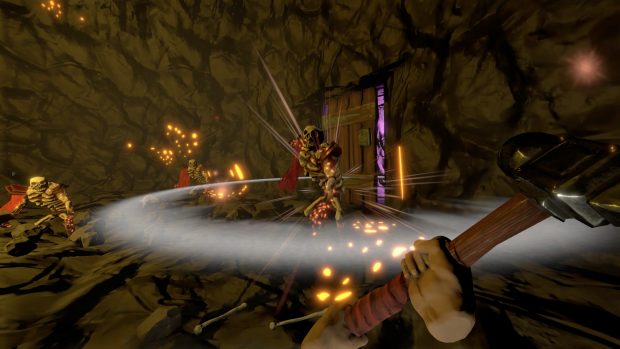 You start off in a tutorial zone, where the game teaches you how to play, attacking enemies, looting crates and equipping items, to better your chances of survival. It never quite hits any of the points, it’s marketing to, the action is buggy; attacks frequently miss, enemies dish out way too much pain, especially in the first two areas, which I never managed to get past. RPG elements are scarce; you can only play three classes, Berserker; specialising in melee combat, Witch; in magical spells and Drifter; doomed to die horribly without any proficiency, or skills.

The class system is basic, skills are practically useless early on as they all require mana, mana is only generated from kills, so once skills are expended, trying to survive, recharging them becomes an almost impossible task. And the survival aspect is pretty lackluster; items are too few and far between, they vary between spell scrolls, useless if you chose berserker or drifter, weapons, that are either the same, worse or only marginally better, than what you start with, but all have trade offs, either damage output, speed of use or range, recovery items are scarcer than everything else, and equippable armour, have pretty useless bonus features.

Combat is terrible, incredibly buggy, numerous attacks missing entirely, leaving me open to the huge amounts of damage the enemy outputs, there are several different enemy sprites, both small and medium sized, goblin like creatures, skeletons, zombies and what I can only assume are orcs, all of them deal varying amounts of damage, mostly dependent on their size, but all deal plenty to a level 1 or 2 character, even when I managed to make it to third level, which was rare enough, I was still taking a decent sum of damage.

All have enough health that you need to make 3+ swings each, the likelihood of receiving a hit, increases with every strike attempt, even dodging, which is actually a great feature, to evade attacks, needs to charge up after several uses, leaving you wide open for further attacks, it does however recharge on it’s own, which is a welcome relief. 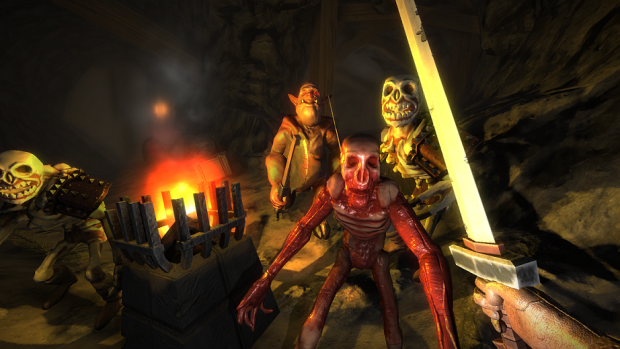 After about 4 hours consecutive gameplay, I only managed to beat the boss of the first area twice, only to be severely wounded and instantly killed the moment I moved more than ten steps into the next area. I love a challenge, and having recently played DMC5 on Hard difficulty, I can say with certainty that was a challenge, but a well balanced one. Crimson Keep however, which prides itself on it’s perma-death feature, where upon player death results in restarting from scratch, has no replay value at all, only my pride against admitting defeat kept me going, and eventually that too, was exhausted and I gave up.

Normally the formula for games with permanent death, includes some sort of incentive to reattempt, a boon to stats to improve combat success, predictable enemy spawn patterns, to know where the weaker foes are to earn easy kills and maybe some easy levels too, to boost your chances at the tougher foes. Crimson Keep has none of that, being a procedurally generated dungeon, each new attempt changes the layout, enemy spawn locations and numbers, gear and recovery drops, so there’s no advance knowledge to where the best gear is, where the weakest enemies are, or the shortest routes to the boss are located.

I hear there’s a kind of checkpoint system, where upon if you pass them, any future death restarts you at this point, I’m not sure if this includes gear, levels or skills earned up to that point or not, seeing as I never made it far enough to reach one of those said checkpoints. A challenge is one thing, but I like to be rewarded appropriately. 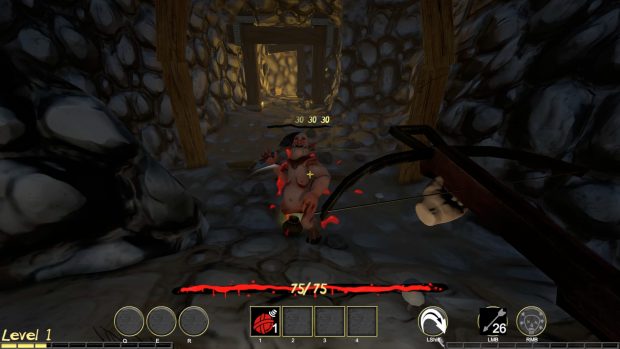 Graphics are fine, nothing overly outstanding, probably about the level I expect from an idie game, I don’t actually mind the idea of procedurally generated dungeons, as it’s almost a new layout every time, but the decor gets a bit boring after a while, especially with the difficulty being what it is, it’s difficult to clear it to get to the next area, which has a different decor. There’s only so much stone, lava, skeletons, simple tables and chairs one can stare at, before groaning about the repetitiveness. Movement is slow, input is a little laggy too, but everything seems mostly there. It won’t win any awards in my books, but it has potential.

Audio is, well, it’s there, sound effects are average at best, crushing boxes or barrels give you, a generic wood crumbling sound, hitting solid objects gives you, the same generic dull *thud* sound, even against metal or stone surfaces, using skills with empty mana bars, will amount to an *ugh* sound, I don’t know why they didn’t just use a spark sound effect, certain enemies make different death sounds, killing multiples of the same variety amounts to the same death sounds. The soundtrack however earns a point or two back, generic medieval music, the likes you’d hear in old taverns and the like, but effective for a medieval style of game with dungeons, tombs and catacombs. (It would be neat for a Dungeons and Dragons game though, maybe I should tell my Dungeon Master.) Nothing really note worthy, but it works for the games’ setting. 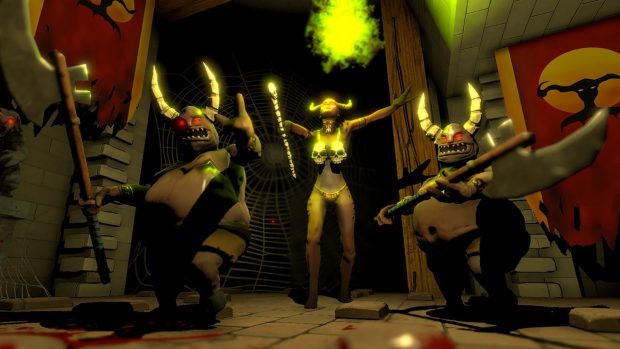 I generally try to give every game, the benefit of the doubt, firmly believing that not every game, is going to be for everyone, others may thrive on this sort of hardcore difficulty, I do not.

There’s elements of a decent game here, I just feel like it’s trying to accomplish too much, whilst falling so very short of all it is trying to accomplish. Maybe if the game gave you, a little more incentive to play, some predictability, a boon for failing X amount of times (kinda like how old school, Crash Bandicoot gave you Aku Aku, to save you from life ending damage, after consecutive fails), some better loot earlier in the game, hell maybe just some more healing items to keep that health up, or maybe debuff the strength and/or number of baddies to make combat just a teensy bit easier. Unfortunately, as it is, Crimson Keep falls far short of other competitors in the genre and will likely get tossed aside, especially for a hefty price tag of $21.50