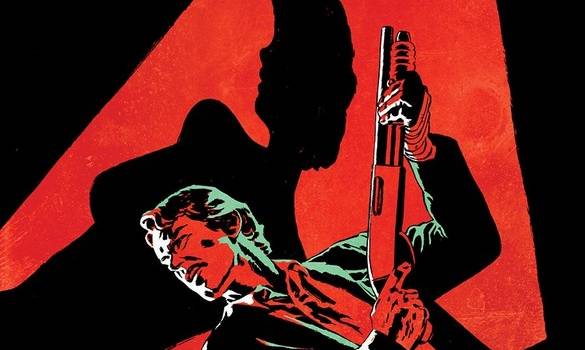 Summary: Teeg fights. Ricky strikes. Jane is a sight... Dan... well, Dan gets beat up in another amazing issue from Ed Brubaker.

The beginning of the end.

The Story: PI’s are on the prowl, Ricky and Teeg have it out for possibly the last time and Jane lets something slip.

Background: The moment Teeg met Jane, everything began to fall apart…and he can’t even see it.

Summary: That PI from a few issues ago is back. After a reminder that his name is Dan Farraday, we see how he lives. A barebone apartment with a bottle of liquor in every room. The only thing to keep himself occupied is the case file and a picture of Jane (if I ever meet a girl that can blow up my life as much as Jane apparently does than I should be so lucky.)

Dan tries his best to track down Teeg and Jane. He goes to old houses, old places where she used to work, and even the local strip joint. He spends days and nights just looking for information, drinking and asking around. At first, he just acts drunk, but at some point that stops and now he just gets plastered every night. The lack of any leads just leads him further down the hole… and then we get a reveal. Jane isn’t his enemy. Teeg is.

Dan has become obsessed with Jane, but not obsessed over catching her. He has fallen in love with her (Who wouldn’t? She does listen to Joy Division after all.) Dan then winds up back at the local strip joint. He offers a girl $200 for information and proceeds to get beat up by the bouncers and mugged. In a funny moment, he then gets a phone call from the bar she used to work at, saying that she’d been there. Well, at least he got to see some nakedness.

We then switch over to Ricky, who once again is awaiting the mailman. When he arrives, he asks if he got anything? Nothing has come and he wonders why his brother Tracy hasn’t written to him. You see, Tracy is in the military and joined to avoid prison time.

During the flashback, we see that the military did Tracy a hell of a lot good. He seems strait-laced and focused and on the outs with Teeg (apparently Teeg doesn’t like authority figures… who knew?) Tracy tells Ricky to just wait another two years and then he can be from Teeg as well.

Jane and Teeg call Ricky into the living room and tell him that after their next job, they’ve got to skip town for 3 or 4 months. Ricky won’t be joining them… he’ll go live with Leo and his dad. Ricky snaps starts screaming at both of them. Long story short, Teeg and Ricky beat the crap out of each other as Jane pulls them apart.

Jane is trying to ice down Ricky’s face when he asks her why she’s with Teeg. No, not just with Teeg, but why HIM. At first, she thinks this is all because Ricky likes her, but he thinks she’s just being mean. Jane reveals that she does like Ricky, but apparently, he’s not part of the plan (hmmm).

Ricky sneaks out and goes driving. He winds up at their old apartment looking for mail from Tracy, thinking it has gone there. It hasn’t. He’s about to leave when Dan drives up and finds him. After a little bit of a standoff, Dan tells Ricky he’s looking for Jane and asks if he thinks he’s seen her… uh-oh.

Ricky likes the way things have been (OK likes is a strong word), but let’s just say he’s grown comfortable with the status quo. Now this woman has screwed everything up. Of course, he doesn’t really know who Dan is or what he’s wants.

Dan is obsessive. Dan wants Jane. Dan is going to do anything to get what he wants. Considering we know the death of Teeg is coming, I think it’s a safe bet that we now know who kills Teeg Lawless… or do we? After all, this is Ed Brubaker we are talking about, and nothing is ever so easy. Maybe Ricky pulls the trigger? I know it won’t be Jane. That would be nuts and totally out of left field… hmm.

Yet another sterling issue of Criminal. Only 2 left in this run.