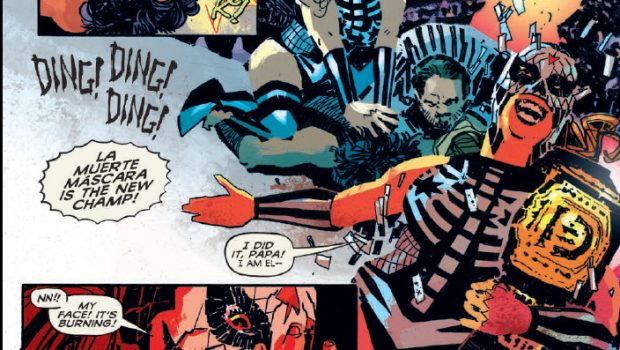 Summary: More than makes up for the slightly weak stories in the last issue. One to look out for when the trade paperback is released as issues like this will make up for the other stories.

An anthology of stories based on the Shudder remake but all new stories for this particular comic series. This one has two different stories “Come Out, Come Out, Wherever You Are” about a group of teenagers turned vampire hunters and “La Mascara De Muerte” featuring a cursed wrestling mask.

As I said in the previous issue the success of these is based on how good the writing is. I am pleased to report that this one is much better with both of the stories having a satisfying build up and conclusion even if it seems to arbitrary that it is going to turn out differently than you would expect. It seems to be kind of the point of it that even with the best of intentions it will still fail.

I did enjoy the different art styles between the two stories as it really helped them stand out which is important for these anthology types of stories as you want them to be distinct and have their own voice.

It is actually hard for me to pick between the two stories in this one as they have their own things that make them work well. If I had to choose I would have to say the first story is the best as it has the biggest build up and the pay off to the twist ending it better set up. You can give too much away in foreshadowing it seems which kind of brings the second story down somewhat but it still works well enough.

This is one I would not hesitate in recommending horror fans look up and when it is finally published in a trade paperback it is going to be one that helps carry the other issues that don’t work as well. 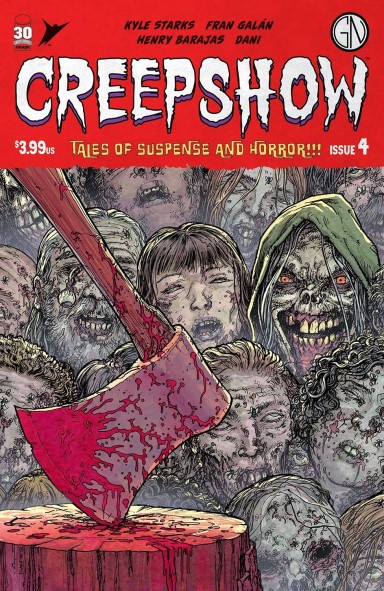