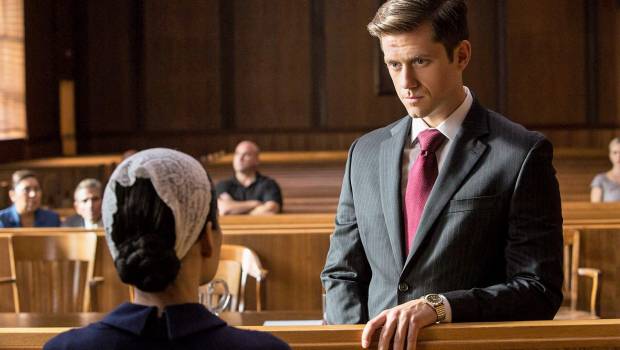 Starring Aaron Tveit (Les Miserables, Grease Live!), Edy Ganem (Devious Maids, Like Crazy), Lou Diamond Phillips (Longmire, Young Guns), Gregory Alan Williams (Hidden Figures, Greenleaf) and Yohance Myles (2 Guns, This Is The End), Created Equal is based on the novel by Roger A. Brown, which offers a voyeuristic view of the stained-glass ceiling that exists for women in the Catholic Church and other religious and non-religious organizations around the world.

Created Equal follows the story of Thomas “Tommy” Reilly (Aaron Tveit), a cocky, up-and-coming attorney, who begrudgingly takes on a case for Sister Alejandra “Allie” Batista (Edy Ganem), who’s desperate to become a priest in the Catholic Church. Against his supervisor’s wishes, Tommy files suit against the Archdiocese of New Orleans for sex discrimination without justifiable cause. As the trial unfolds an extremist concocts a plot to stop the heresy against the church. Tommy’s faith and convictions are tested, and as he’s challenged to question his purpose, he begins the transformation from a sexist, arrogant person to one who is committed to a mission larger than his own self-interests.

Created Equal will be available on DVD and VOD on January 16, 2018.