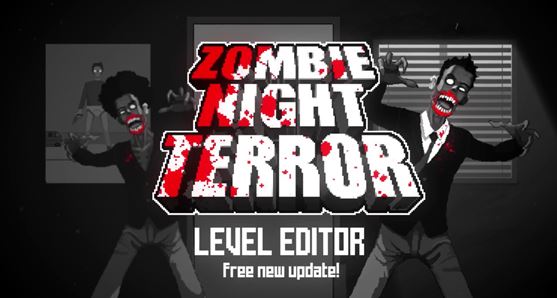 AMSTERDAM and PARIS – October, 24th – Dying to win the respect and admiration of Zombie Night Terror developers NoClip and hordes of fellow players? This is your moment. The NoClip clean-up crew and rotting flesh sacks at Good Shepherd Entertainment today announced the launch of the totally free Level Editor update for Zombie Night Terror. Not only are you the putrid power behind the zombie apocalypse, but now you can craft the very earth on which your undead armies march.

To complete the grisly picture, Zombie Night Terror is a monstrous 70% off just in time for Halloween and the offer will last from now until November 1st: http://store.steampowered.com/app/416680/

NoClip are giving away the keys to the kingdom, with a level editor based on the very tools they themselves used to forge zombiegeddon. Start slow by crafting a single level, then crank things up with a full chapter loaded with enemies, traps, bonuses, mutations, and intellectually superior dialogue of your own choosing, all of which unfolds according to your devious plan.

Where does the camera go? What music works best? How is the level won or lost? All these questions and more are yours to answer. And let’s not forget your artistic choices when it comes to intricate pipework, which – let’s face it – everyone loves.

The Level Editor comes with full Steam Workshop support, letting you share every misstep of your own hellish creations with other like-minded pseudo-sado-masochists the world over.

Step up to the plate in Zombie Night Terror for PC/Mac/Linux right now to make the most of a frankly terrifying 70% off the regular price of $12.99 until November 1st, including the free Level Editor update