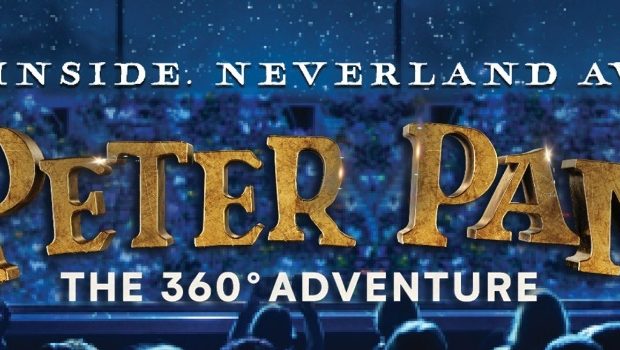 Acclaimed theatre director Craig Ilott has been announced as the director of the theatrical show Peter Pan – The 360° Adventure, which is premiering in Melbourne from June 2022.

Ilott is an award-winning Australian theatre director, who works worldwide with a diverse range of theatrical companies and arts festivals across multiple forms and genres; including theatre, opera, circus, variety, stand-up and concerts.

He won a Green Room Award for Best Direction of a Musical for HEDWIG AND THE ANGRY INCH before directing LOVE SONG (MTC), PIG IRON PEOPLE (STC) and THE PILLOWMAN for Company B Belvoir. His production of SMOKE & MIRRORS played festivals around the world and won three Helpmann Awards including Best New Australian Work.

Ilott directed the highly acclaimed production of LA CLIQUE ROYALE for The Famous Spiegeltent at the Edinburgh Festival and was appointed Creative Director for PACHA SYDNEY @ THE IVY, the flagship Merivale Group venue, directing site specific performance and entertainment. He also co-founded Lunar Hare Productions, a company dedicated to the creation of new work. One of these works, B-GIRL, had its World Premiere at Sydney Opera House.

Tickets are now on sale for Peter Pan – The 360° Adventure, which will be housed in the new Impresario Hippodrome at Birrarung Marr – a 1500 seat, air conditioned, theatre in-the-round with no seat more than 20 metres from the stage. The performance is faithfully based on the JM Barrie play and novel with the blessing of JM Barrie’s family.

Theatre producer Craig Donnell from Impresario Productions said “We are delighted to be presenting a spectacular theatre experience in a unique venue with technology Australian audiences have never seen before.”

“The cast perform elaborate aerial feats against this backdrop to give the audience a bird’s eye view of flying over the rooftops of Edwardian London to the magical kingdom of Neverland. With an original soundtrack written by celebrated composer Benjamin Wallfisch and recorded by members of the London Symphony Orchestra, the experience has been described as like living in Pixar film or a spectacular video game,” he added.

Peter Pan – The 360° Adventure will employ over 200 staff, cast and crew during the Melbourne season.

Peter Pan – The 360° Adventure will be presented in Australia by Craig Donnell for Impresario Productions in association with The Estate of John and Barbara Gilbert and Matthew Churchill Limited.

TICKETS NOW ON SALE VIA www.ticketmaster.com.au