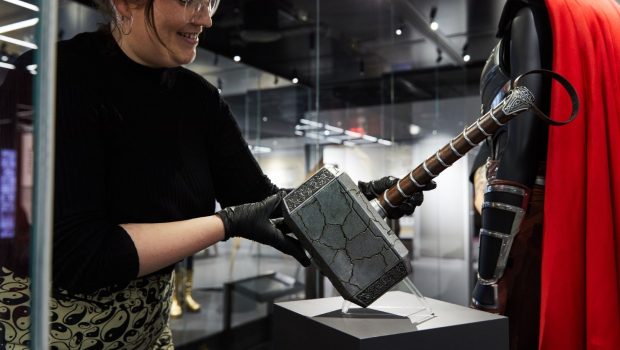 Costumes and props from Marvel Studios’ blockbuster Thor: Love and Thunder now on display at ACMI

ACMI, coinciding with the Australian cinema release of Marvel Studios’ latest Taika Waititi-directed blockbuster Thor: Love and Thunder, is now exclusively showing incredible costumes and props worn by the all-star cast in its free centrepiece exhibition The Story of the Moving Image.

Thor: Love and Thunder Costumes provides an unmissable opportunity for ACMI visitors of all ages to go on a journey into the Marvel Cinematic Universe. The exhibit features costumes that adorned the film’s biggest characters – from the God of Thunder himself, Thor (Chris Hemsworth) and Thor’s Robe Outfit, to costumes worn by The Mighty Thor (Natalie Portman), Gorr the God Butcher (Christian Bale), Valkyrie (Tessa Thompson) and Zeus (Russell Crowe).

Thor: Love and Thunder Costumes features the handiwork of Emmy Award-winning and Academy Award-nominated costume designer Mayes Rubeo, who embarked on a collaborative process with the cast to establish their characters’ DNA through their wardrobes.

Mayes designed The God of Thunder’s numerous costumes and engaged Otis Carey, a First Nations artist from Gumbaynggirr Bundjalung land in northern New South Wales, to create a print that was showcased on the beautiful silk tunic that forms Thor’s Robe Outfit. The costume designer also created a look befitting a Super Hero worthy of Mjölnir for The Mighty Thor AKA Jane Foster, drawing on inspiration from Thor himself, including the disc, black and red heart cuirass, red cape and helmet featured in the original comics the films are based on.

Costume designer Mayes Rubeo said: “We had creative meetings with the director of photography, [director] Taika [Waititi], our producers, the creators, visual development, production designers, set decoration, hair and makeup … when I create a look, I create that whole, cohesive look. It has to be exactly the same DNA, and the only way to get that DNA is through communication.”

ACMI Curator Bethan Johnson said: “ACMI is so excited to work with The Walt Disney Company Australia & New Zealand to bring costumes from the latest Marvel Studios blockbuster to Melbourne. These amazing Thor costumes, showing exclusively in our free centrepiece exhibition The Story of the Moving Image, are set to be a hit with audiences of all ages.”

Thor: Love and Thunder tells the story of the God of Thunder (Thor) as he embarks on a journey unlike anything he’s ever faced — one of self-discovery. But Thor’s efforts are interrupted by a galactic killer known as Gorr the God Butcher, who seeks the extinction of the gods. To combat the threat, Thor enlists the help of King Valkyrie, Korg and ex-girlfriend Jane Foster, who — to Thor’s surprise — inexplicably wields his magical hammer, Mjolnir, as the Mighty Thor. Together they venture out on a harrowing cosmic adventure to uncover the mystery of the God Butcher’s vengeance and stop him before it’s too late.

Note: Although Chris Hemsworth simply is Thor, unfortunately for his fans, he’s not featured in ACMI’s display.

Thor: Love and Thunder costume display and associated programming is generously supported by The Walt Disney Company Australia & New Zealand and the US Consulate General Melbourne.

Thor: Love and Thunder Costumes is showcased in ACMI’s free centrepiece exhibition, The Story of the Moving Image, from 28 July 2022 until 28 July 2023. For further details visit acmi.net.au

Behind the Scenes of the install at ACMI 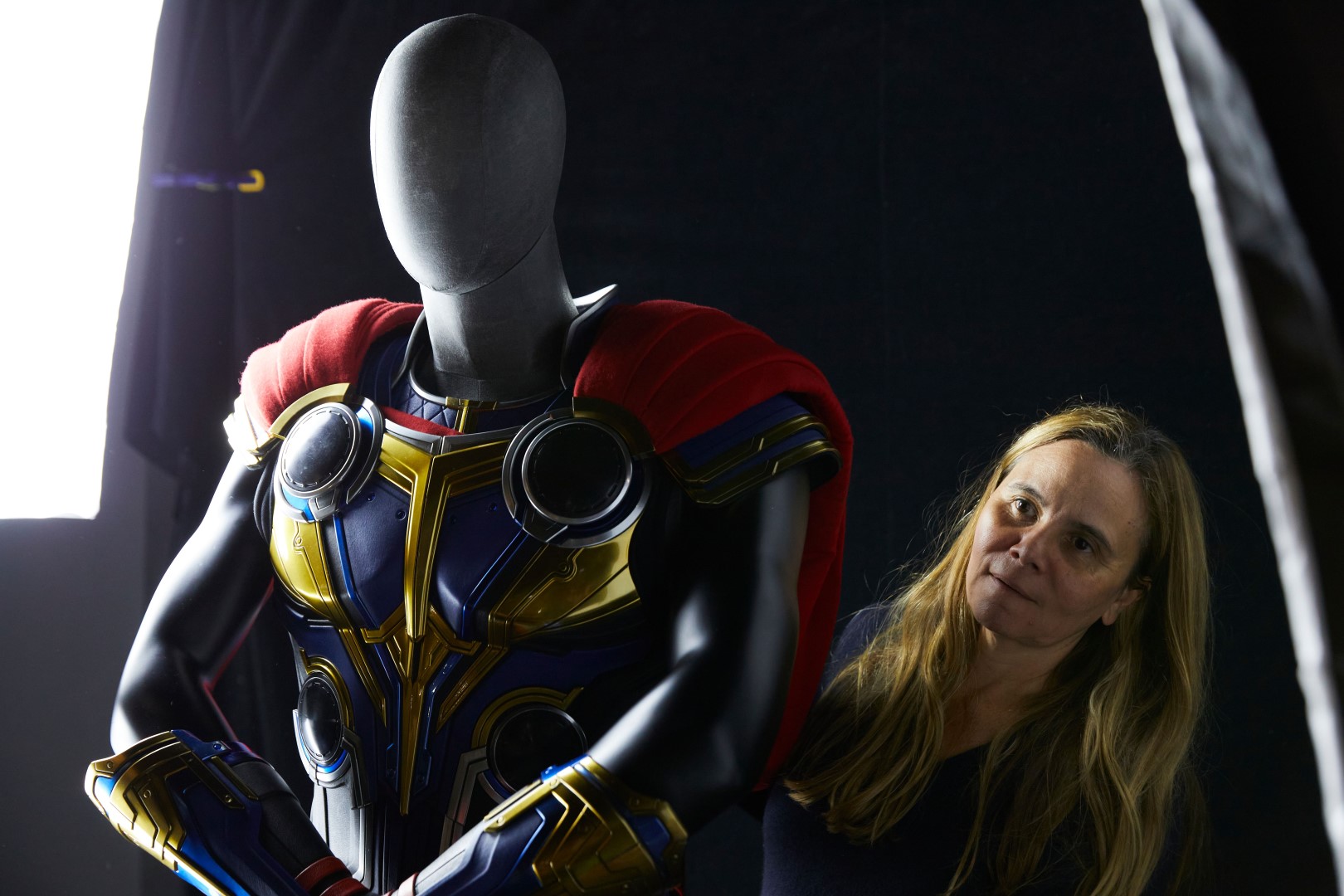 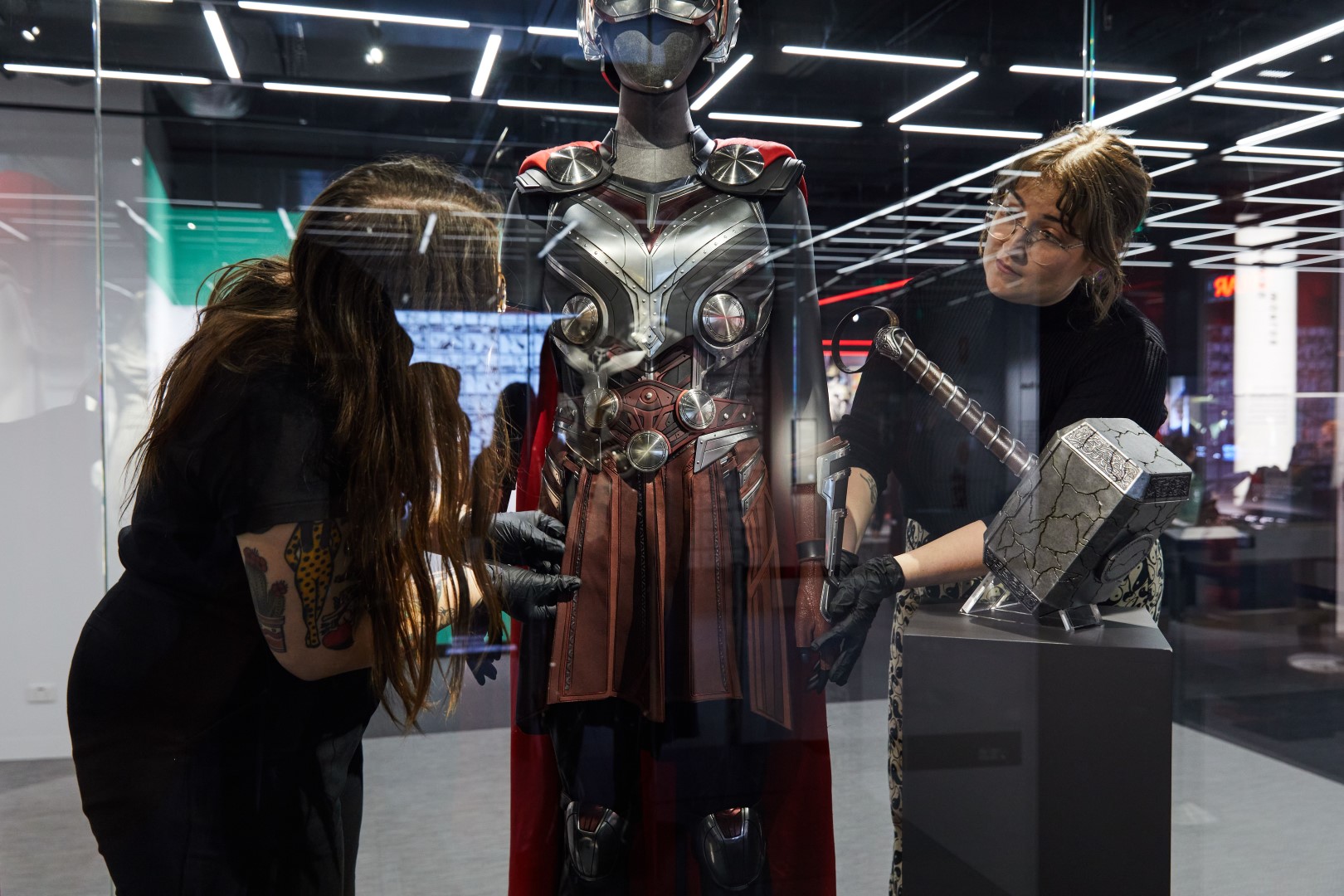 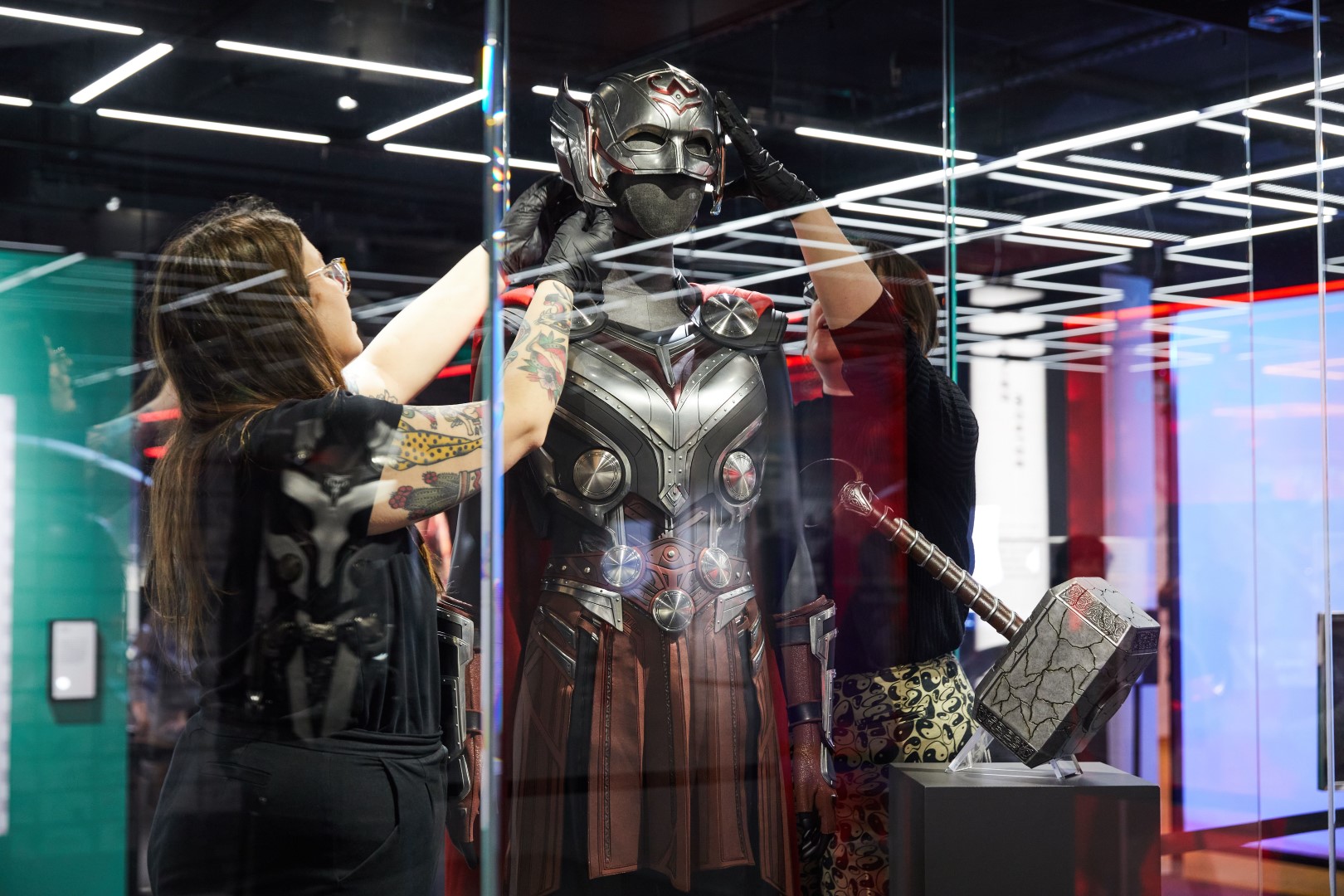 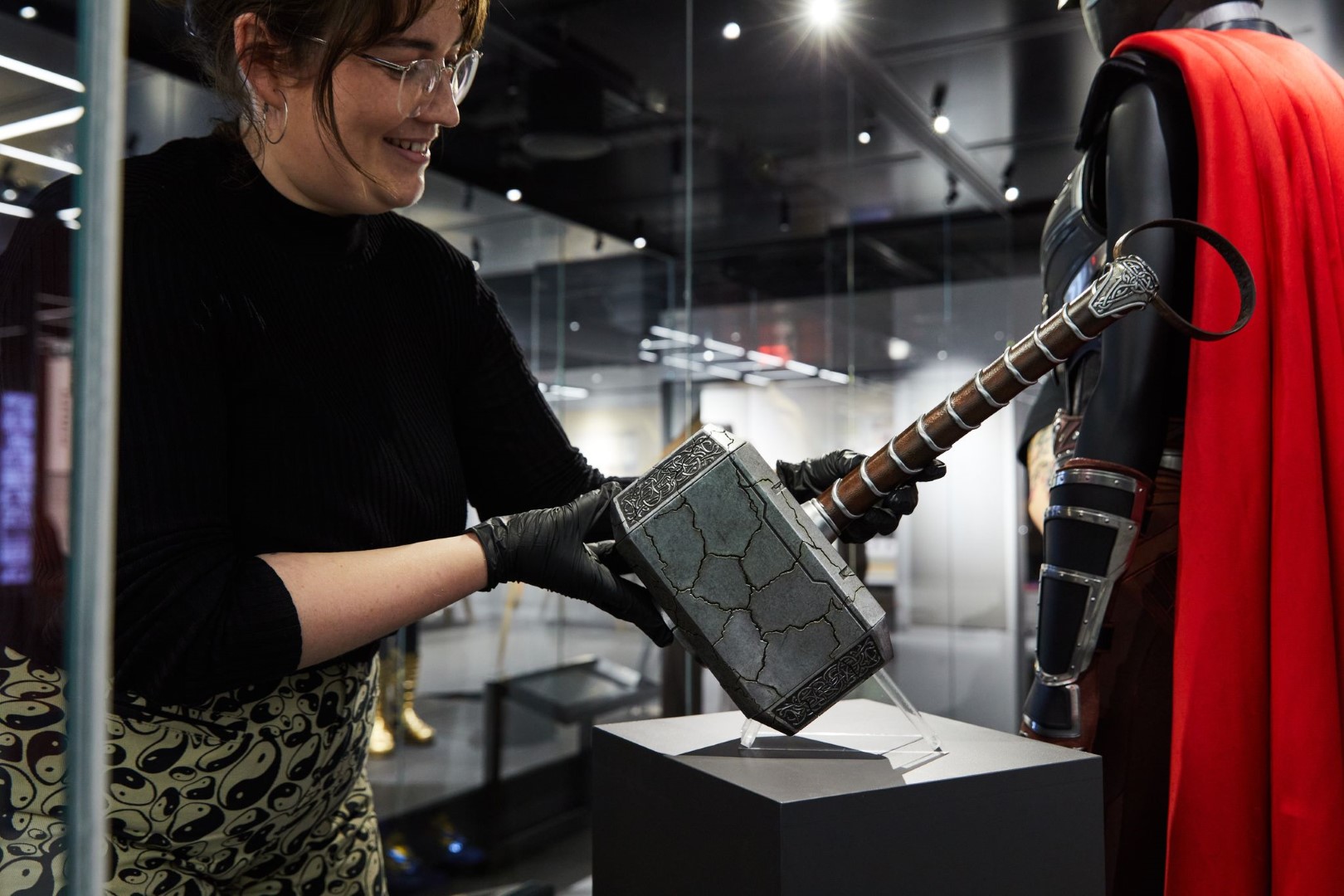 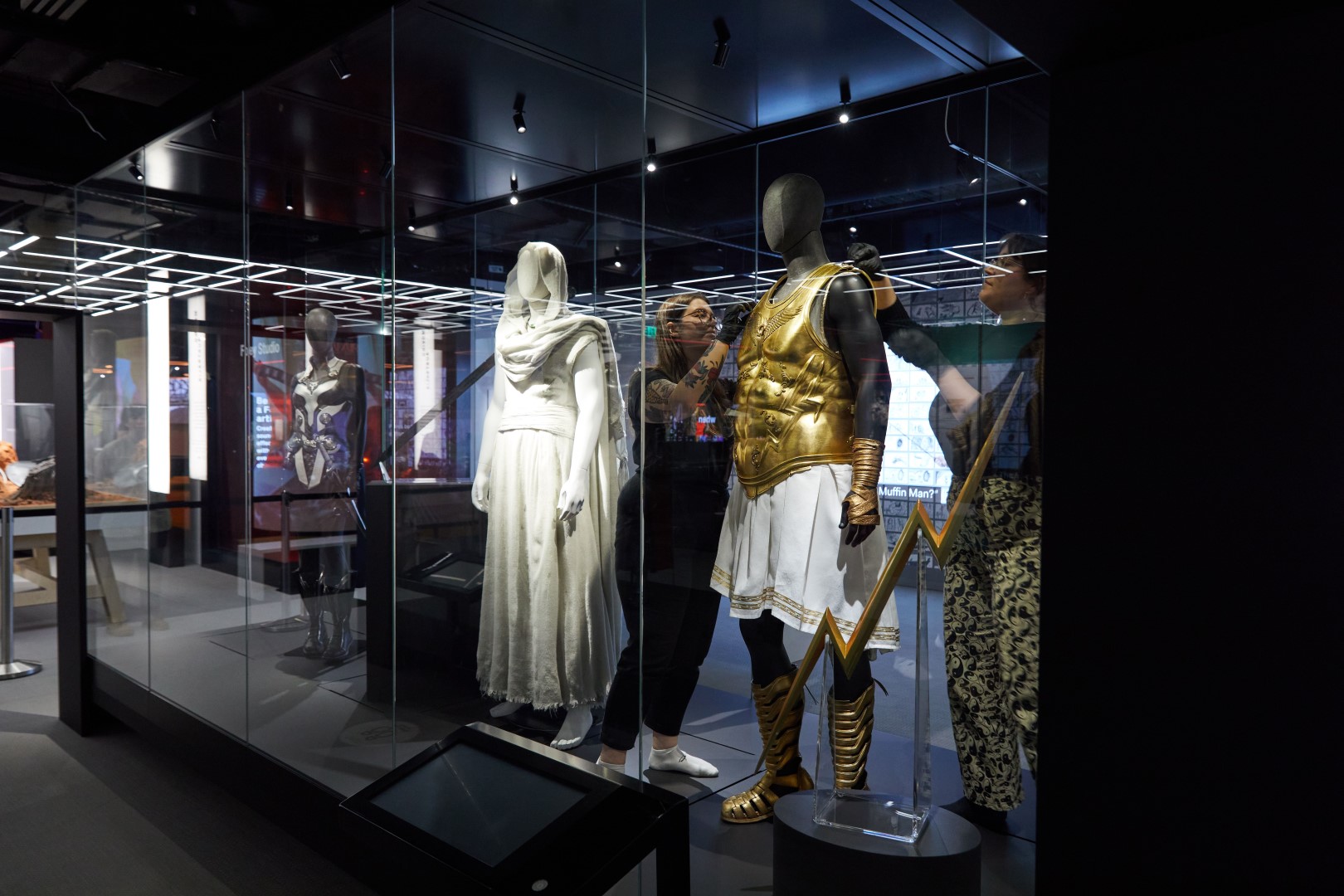