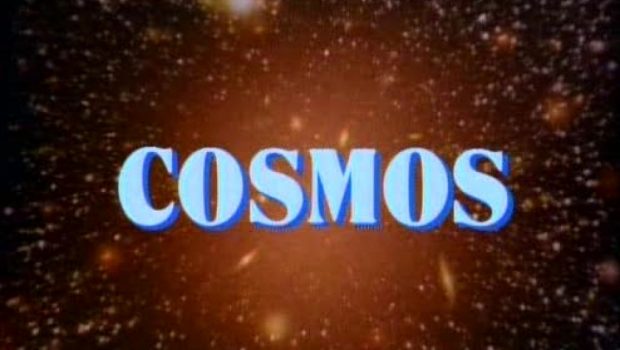 Summary: If only more people had a chance to be taught science by Carl Sagan.

I was raised on documentaries on nature (thank you Sir David Attenborough), the world and science. My dad is a big reader of science both fact and fiction and as such the name Carl Sagan was very familiar in our household. I’m not sure if I ever watched Carl Sagan’s Cosmos when growing up… but I certainly knew he was a great man to listen to if you wanted to learn about life the universe and everything. 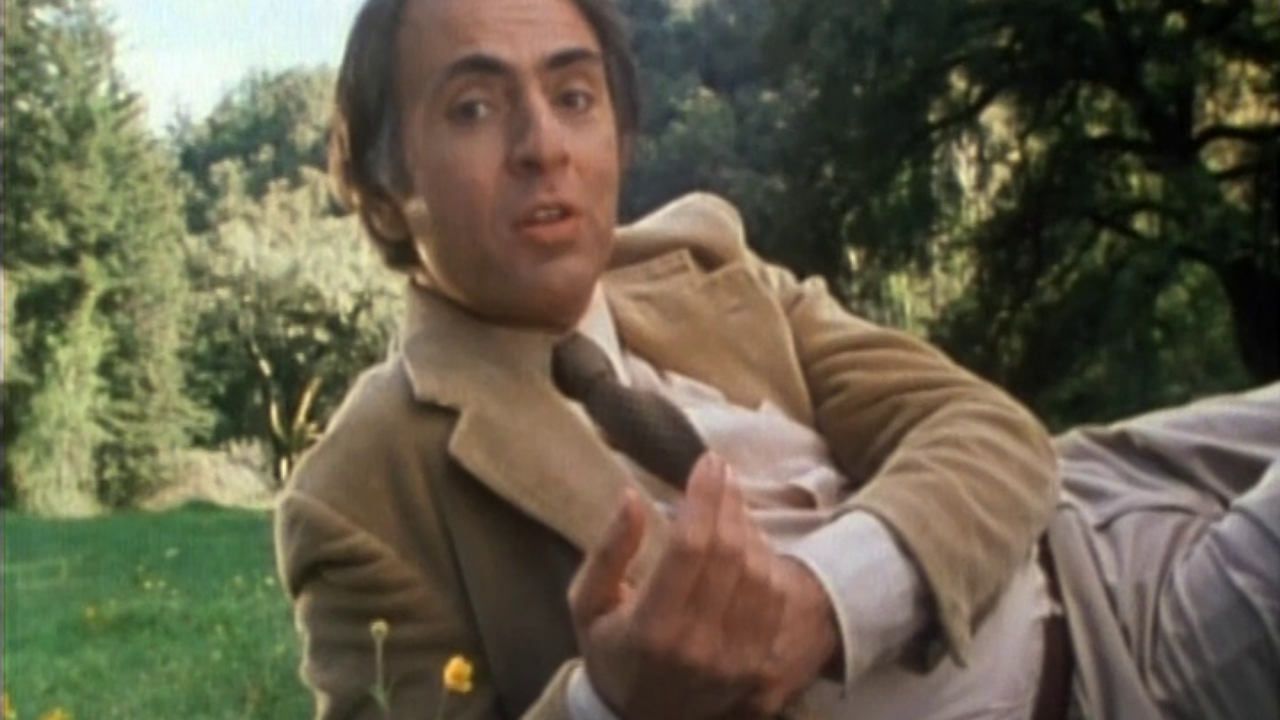 Cosmos is essentially an introduction to ourselves. It explores our early attempts to understand the world and it’s place in the universe and how we built upon that knowledge and eventually got to where we are today (or at least to where we are at the end of the production of the series and in some cases via updates about ten years after that). Sagan doesn’t just look beyond the earth at the stars, he also looks at how we learnt more about our own world, including some of the earliest mathematical principles and experiments that began to shine light on our understanding of our place in the universe. 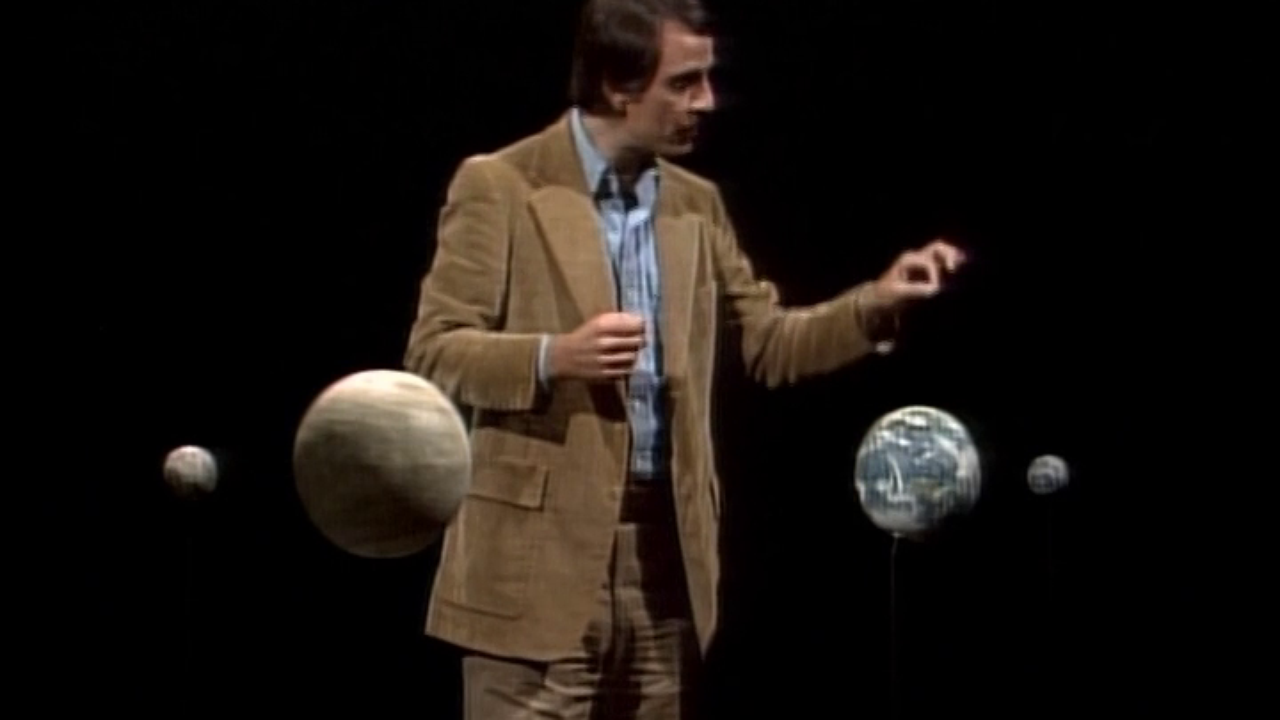 Carl Sagan has a way about him that (for me at least) make him quite engaging. He doesn’t talk down to the audience, nor does he talk over their heads… he presents the information in reasonably easy to understand portions. Broken into themed episodes, this box set is a great way to learn about the history of science and because of it’s clearly defined episodic nature it makes for a great reference collection as well. No doubt science rooms used to pull out the AV cart to give the teachers a break for a lesson or two and to let the kids watch a video… the important thing here is that those student would have learnt whether they realised it or not. Now teachers possibly do the same but more likely with Neil Degrasse Tyson’s version.

For those interested in the universe this is still a lovely series to watch and covers all the essential base knowledge of the principles and the people who shaped our understanding. For people who maybe aren’t as scientifically literate or well versed, this is still a great series because it is a more welcoming, less intimidating introduction to some things that can get very intellectual very quickly. 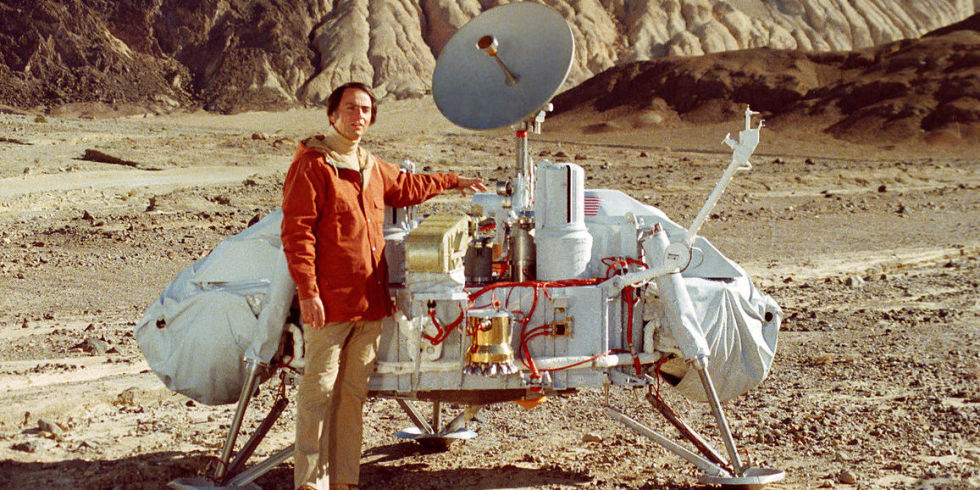 Anyone who has been following astronomy for a reasonable span of time will likely get a bit of a thrill seeing some of the programs that have gone on to provide such amazing data, in their infancy. Talking about the Voyager one probe and at that point it’s planned departure from our Solar System (something it has since gone on to do). Seeing the quality of images they had compared to the amazing high resolution images we have now. 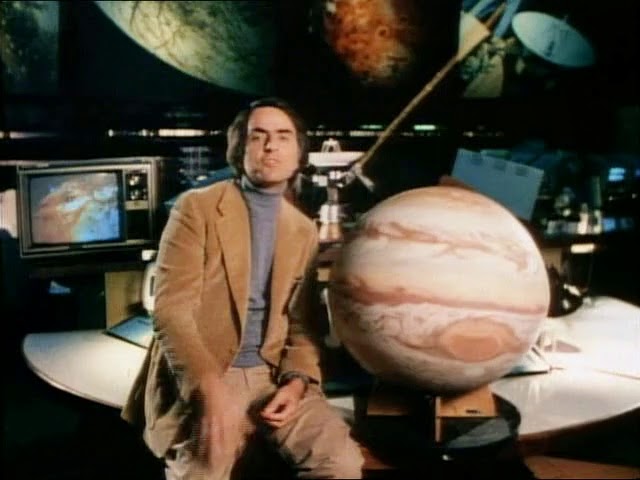 I am possibly biased but I found this series wonderful to watch. Sagan is a great host who seems to really want to nurture the sense of curiousity and wonder in us all. I can only hope science has another renaissance instead of the apparent decline it is facing at the moment.