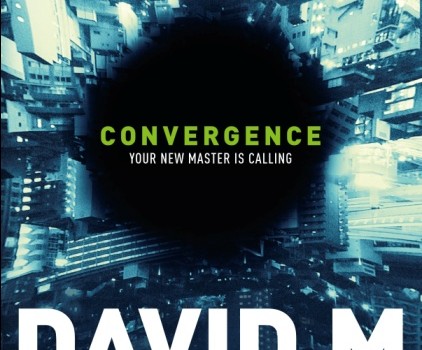 Star Trek meets Akira in this futurist thriller about connectivity, control and artificial intelligence.
As the Weave breaks down and Pierre Jnr’s control over the population becomes complete, who – if anyone – will be able to stop him?

The Pierre Jnr trilogy is a futuristic thriller that follows the twists and turns of a teetering utopia, where machine and humanity have no borders in a world that seems eerily similar to our own and scarily different.

ABOUT THE AUTHOR
David Henley worked in Australian trade publishing for many years. For ten years he’s been director of Xoum Creative, a successful design and publishing studio, and is the art director of Seizure, a magazine for new writing. He has given workshops and spoken on panels at the Sydney Writers’ Festival, Supanova Pop Culture Expo and the Emerging Writers’ Festival.

The first novel in this series, The Hunt for Pierre Jnr, was shortlisted for Best Science Fiction Novel in the Aurealis Awards.