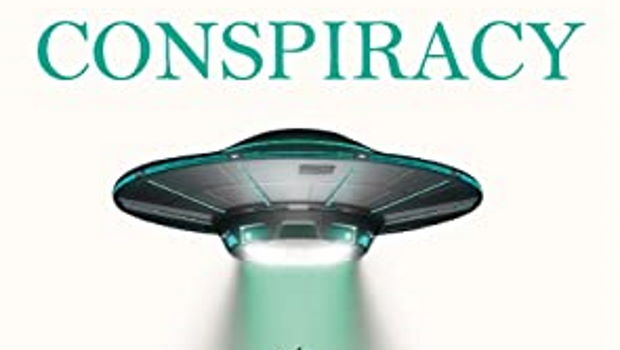 Conspiracy: A History of Boll*cks Theories, and How Not to Fall for Them Book Review

The problem with the Dunning-Kruger effect is you don’t know you’re suffering from the Dunning-Kruger effect. I say that because I think the people who could most benefit from this book are exactly the sort of people who will dismiss it because they are arguably very well represented within it’s pages. Fortunately it’s still a great read for those of us who do not have ongoing membership in the tinfoil hat club.

Tom Phillips and Jonn Elledge dig into the depths of conspiracy theories, revealing some of the origins and how they have changed and in some ways stayed the same, through the years. In looking at how the conspiracies began and adapted they explore how people could fall into these patterns of belief and essentially be prone to a snowballing of make believe. As mentioned above, I think part of the problem with people who have fallen so far down the rabbit hole is that a book like this is unlikely to get them to change their mind it would be too easy for them to dismiss it as simply “the man trying to trick you”or “that’s just what they want you to believe”. If there are some who are teetering on the edge of conspiracy blackholes who can be brought back from that brink then maybe this book can shed some light on things in a way that will help them avoid the abyss.

For those of us who are just fascinated by how things are… some of the deep dives into the origins of some of the common conspiracies running around today are fascinating and arguably sad in how they began and how they have adapted to still be banging around now. Fortunately there are moments of humour thrown in here and there to help readers from getting too mired in the tales of inhumanity.

If you get to the end of the book (well near the end really) and you haven’t become too depressed at just how horrible people can be… there are some good pointers for how to avoid falling for Bollocks. This is the section that people entrenched in woo and conspiracies would do well to read and really absorb… but will probably write off as “typical illuminati brainwashing”… so it might end up being better as a guide for points to bring up to a conspiracy theorist to try and help them think about their beliefs in a more productive way. As the old saying goes “even if only one person is changed by this… then it will have been worth it”… is a starting point. Hopefully books like this will help spread critical thinking a bit more and true skepticism rather than just wholesale reality denialism.

Arguably a worthy read for people interested in psychology and sociological behaviour as much as anything else.