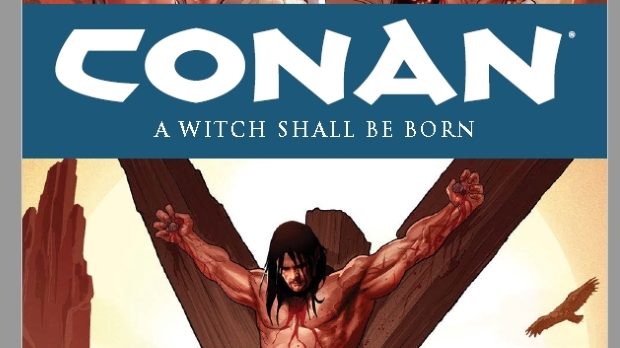 Conan A Witch Shall Be Born Comic Book Review

Summary: Not even Crom could stop Conan.

I’ve had a chance to read quite a few Conan stories of late. It all began with my love of the original Conan movie with Arnold and then I found that the stories that was inspired by are great sword and sandal tales. Conan a Witch shall be born is no exception.

As head of the army Conan’s city is about to experience a change of ruler and he and his men are scattered to the wind. Despite a valiant effort to restore justice, Conan is overcome and “hung out” to die. Can he escape almost certain death? Can he return law and order to his home? Is Conan’s name a word of fear for Vultures? 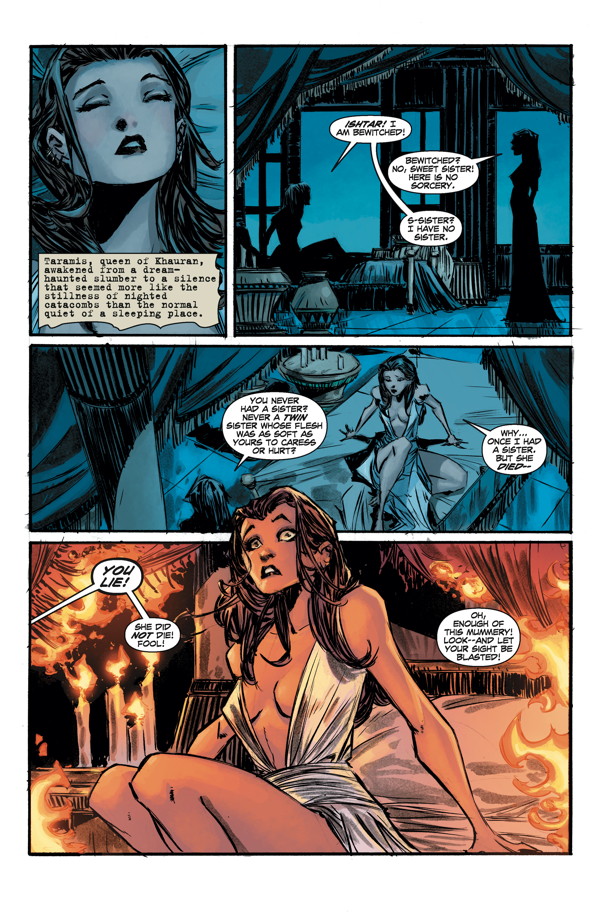 There is a sort of “epicness” to Fred Van Lente’s writing. The almost Shakespearean tragedy of the overthrow of the throne, the casting out of Conan and the struggle to right the horrible wrongs that have befallen them all. As with a lot of great epic stories, there is the almost utter destruction of hope, leaving only the slightest hint of revenge. In Conan a Witch shall be born we even get a comic equivalent to the montage of sorts with the return to health and rise of Conan back to someone who can once again stand to take back the city for his queen. 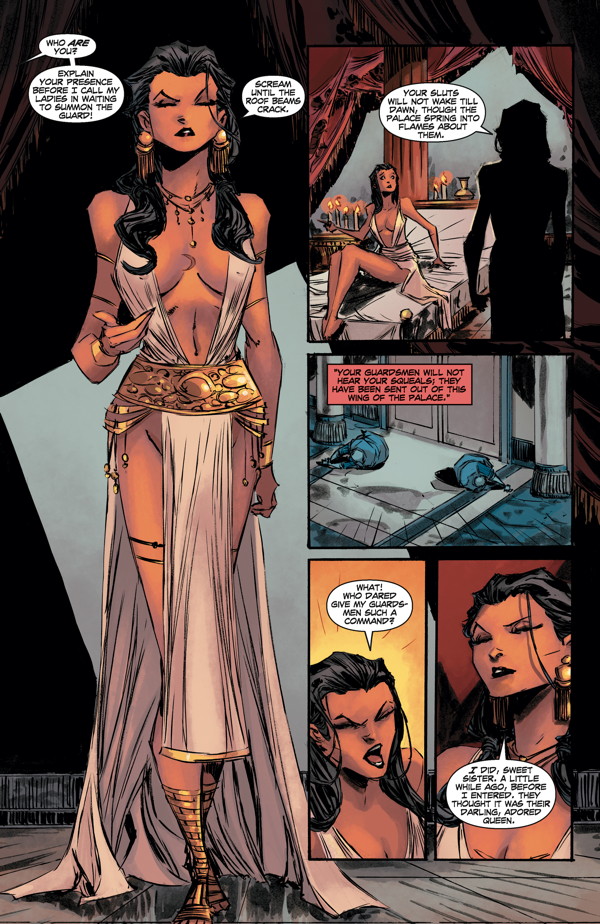 The artwork throughout A Witch shall be born is quite lovely. There is a sparing use of colour, but the way it is used is quite beautiful. As the time of day changes so too do the tones throughout and it really helps to accentuate the passage of time and add to the mood of the scenes. The warm tones of the candle light in a room being offset by the blue tones of night just outside the window. The crimson hues as the sun sets over Conan, nailed to the cross. This also contrasts nicely with the chapter break art which is generally bright and vibrant, nice clean lines and bold colours differentiate it from the almost grainy quality of the main story art. 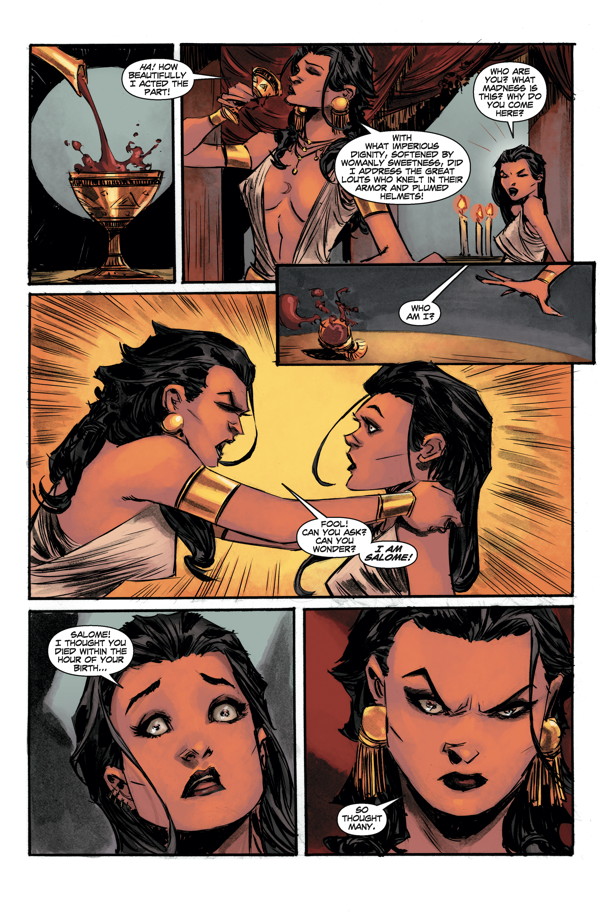 Conan remains a lovely character… someone who has a surprising amount of depth and personality for someone who is at their core a barbarian, someone whose primary motivation in life is to fight. As mentioned the story is a lovely tear it down to build it up format and as such has that great ability to provide satisfaction at its conclusion. The only thing I felt that took away from the whole experience was the choice to have elements of the story presented on what looked like hand typed paper… as if someone had sat at a type writer, tapped out the wording then cut and pasted them into the artwork. It felt out of place I guess because it was such a call to the modern times, the font especially. I think if it had been more of a hand written looking text on perhaps more scroll like paper it likely would have added to the immersion. This is totally nitpicking though and really the story itself overrides it.

If you are a fan of Conan, or even if you just want to see that scene in which Conan is crucified on a tree in the movie in it’s more native setting of the comics… then this is a great choice. Well illustrated and told with a sense of great scale. 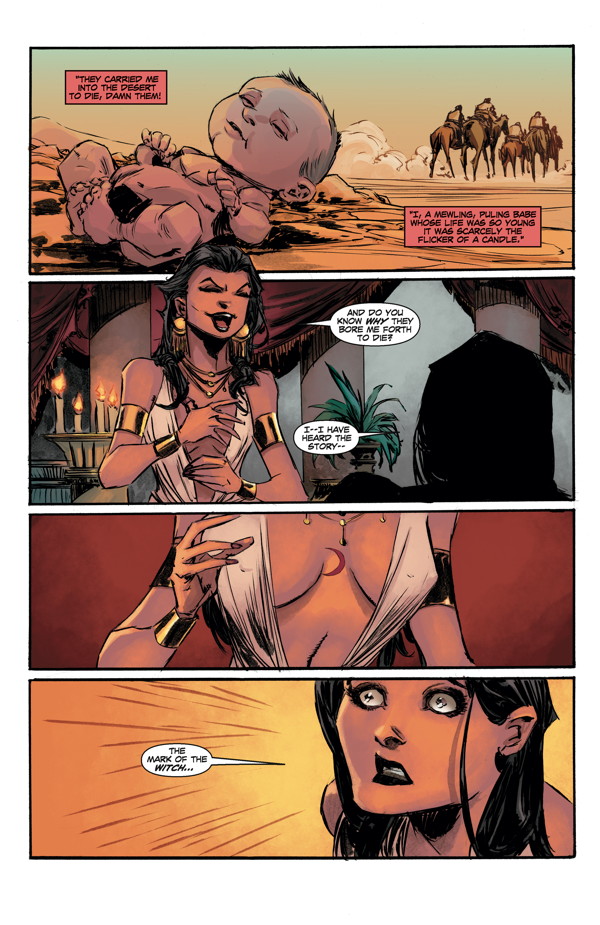