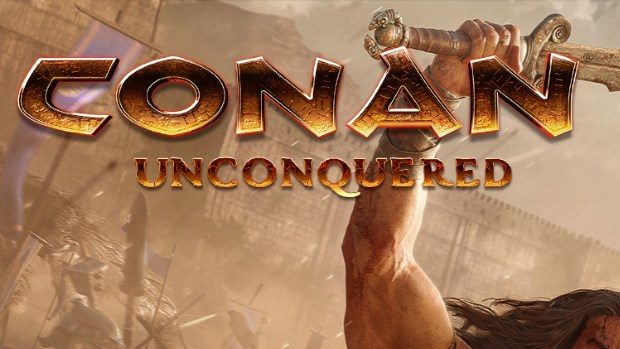 Summary: Battling wave after wave of enemies, will you remain unconquered?

Touted as being developed by some of the veterans of Command & Conquer at Petroglyph I was looking forward to a new RTS in a style that would take me back to some of my early gaming. Conan Unconquered somewhat achieved that… but it also flipped that notion on it’s head a bit… you see it turns out it’s more a RTS mashed with a tower defense game. That in and of itself isn’t a bad thing… but for those hoping for a “reskinned” Command & Conquer type experience…. you might find yourself somewhat unfulfilled. 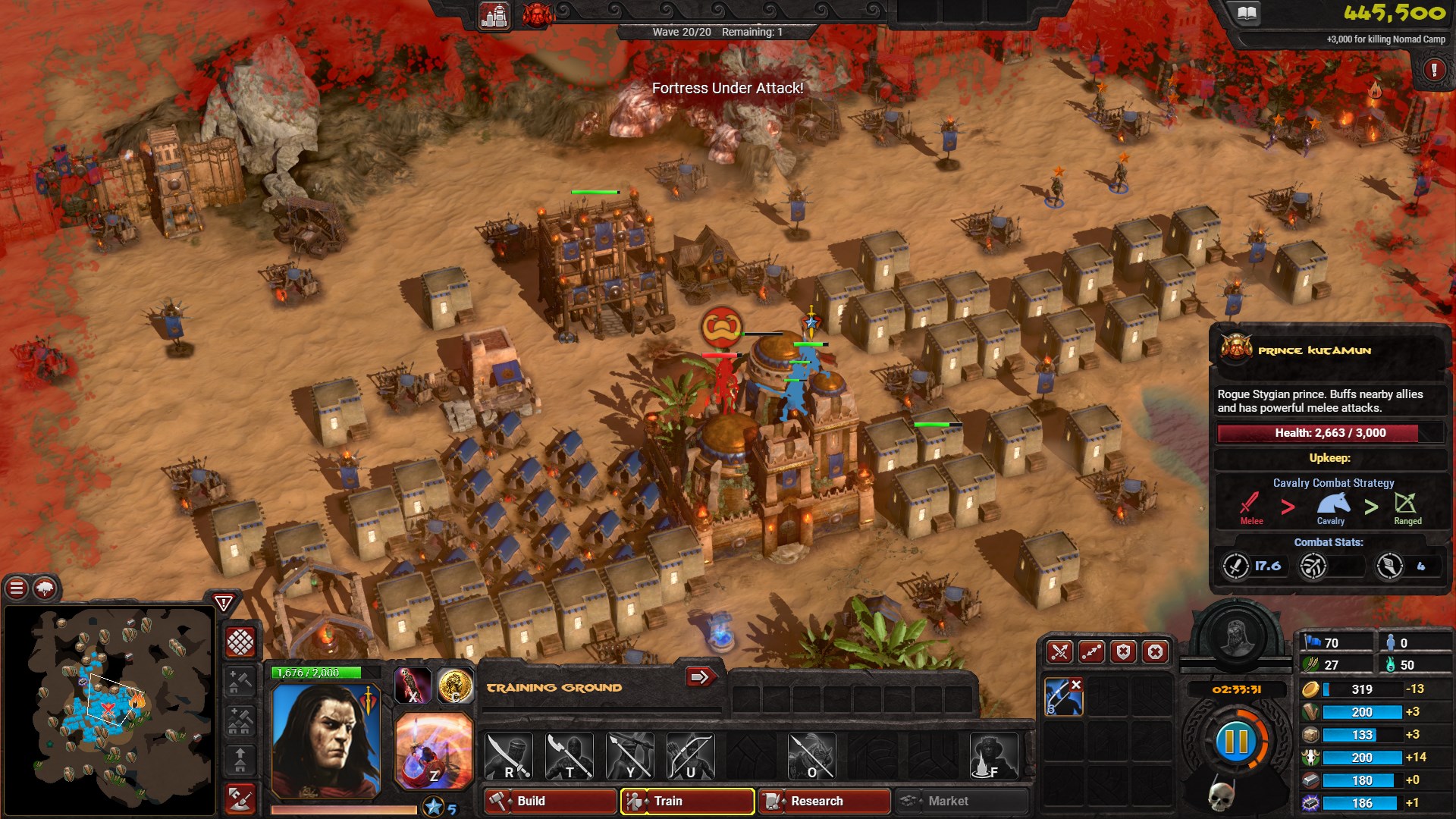 The game focuses on Conan but the main thrust of it is really in how you build your stronghold, because if you don’t set appropriate defenses then not even the mighty Conan is going to save you.
You begin with a main building and must decide what to build first with your limited resources, you can build a home to generate more money and people, you can build a hunters shack to harvest food or you can build a lumber camp to generate wood. All of these are essential to building your fortress and expanding into new technologies and units… but the order you select them and how many you build will either be your success of defeat. 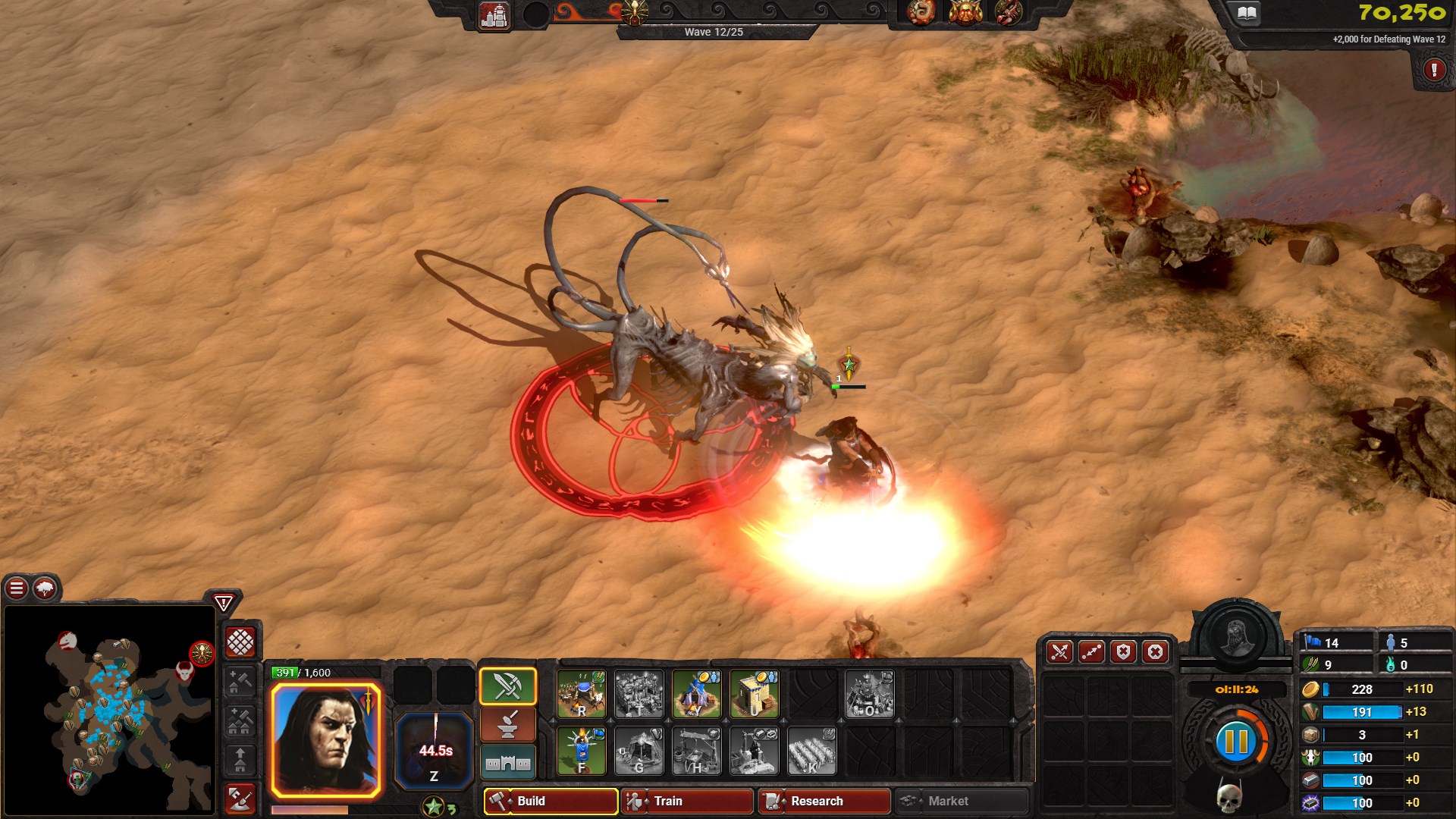 When I first started I was quite protective of Conan, who is your hero unit, but it turns out a better approach is essentially to send him out to gain as much experience as possible as he truly becomes useful when he has leveled up. Experience is gained, as you would expect, through combat and that is mainly in the form of attack waves… but there are also enemies scattered throughout the map along with “boss” units that you can defeat to obtain artifacts that will grant you bonuses. Your greatest chance of success may well rest with obtaining the right combination of artifacts to power you through the hordes that will stream towards your fortress. 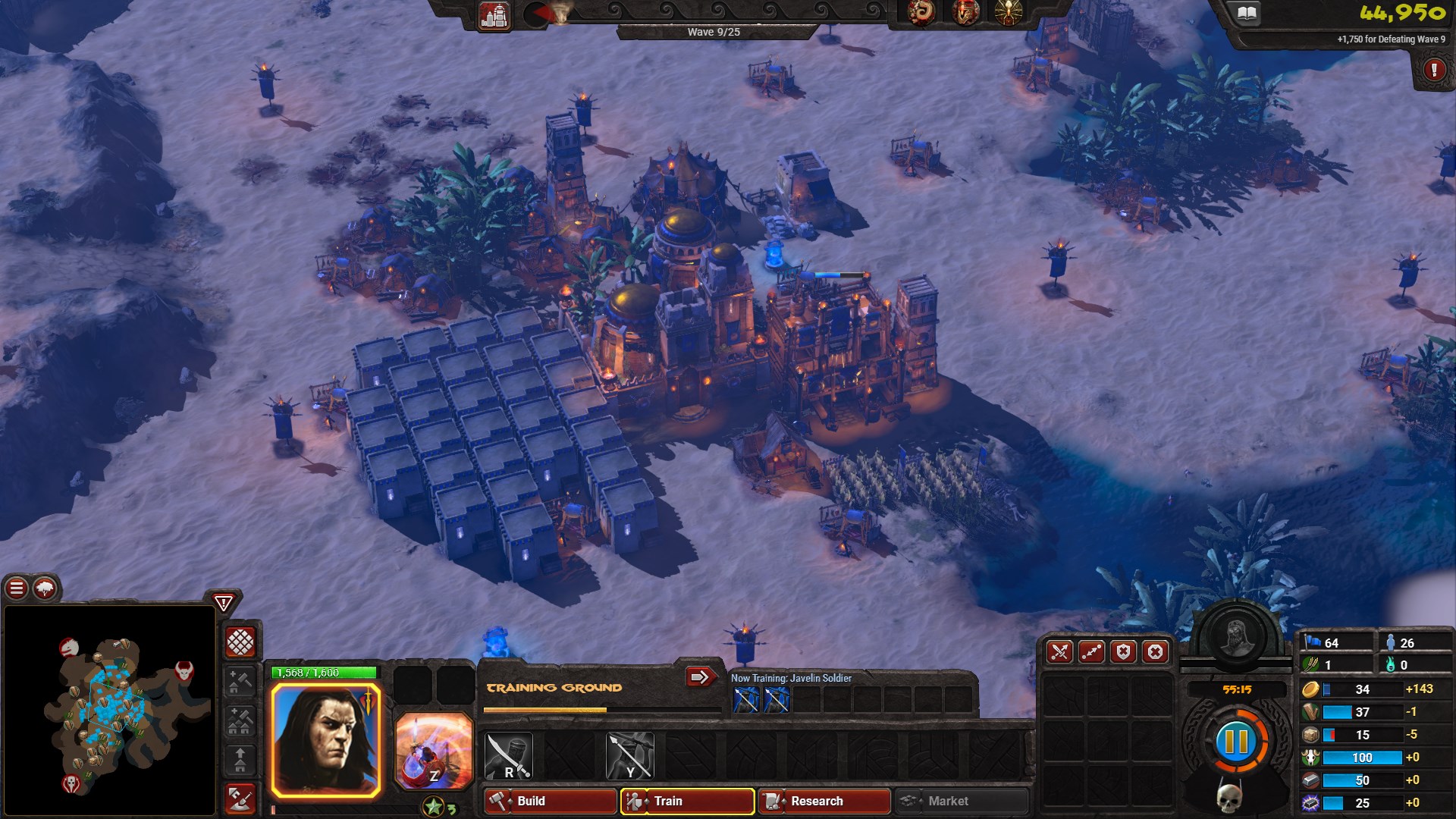 About 85% of the gameplay is RTS style… develop your resource streams, build your troops and defenses and tackle the enemies. But that 15% that really does sit squarely in the tower defense genre is what I felt let things down. Having said that… that would be my own preference… I much prefer the more traditional opposing bases approach where you are both given your starting buildings and or units and it’s up to you to build up your forces and overpower them before they can over power you.

Conan Unconquered however takes the approach that you are simply going to have to overcome more and more ferocious forces, if you haven’t managed to rebuild/repair/replenish from the last attack when the new one begins… you are fighting a loosing battle. This may not have been so bad if the friendly AI had been a bit more useful. Namely when it comes to buildings that are burning, you can have units standing right next to a burning structure, with nothing else to do… and they will simply stand there and watch it burn to the ground. Idle units automatically trying to put out fires might have been nice. 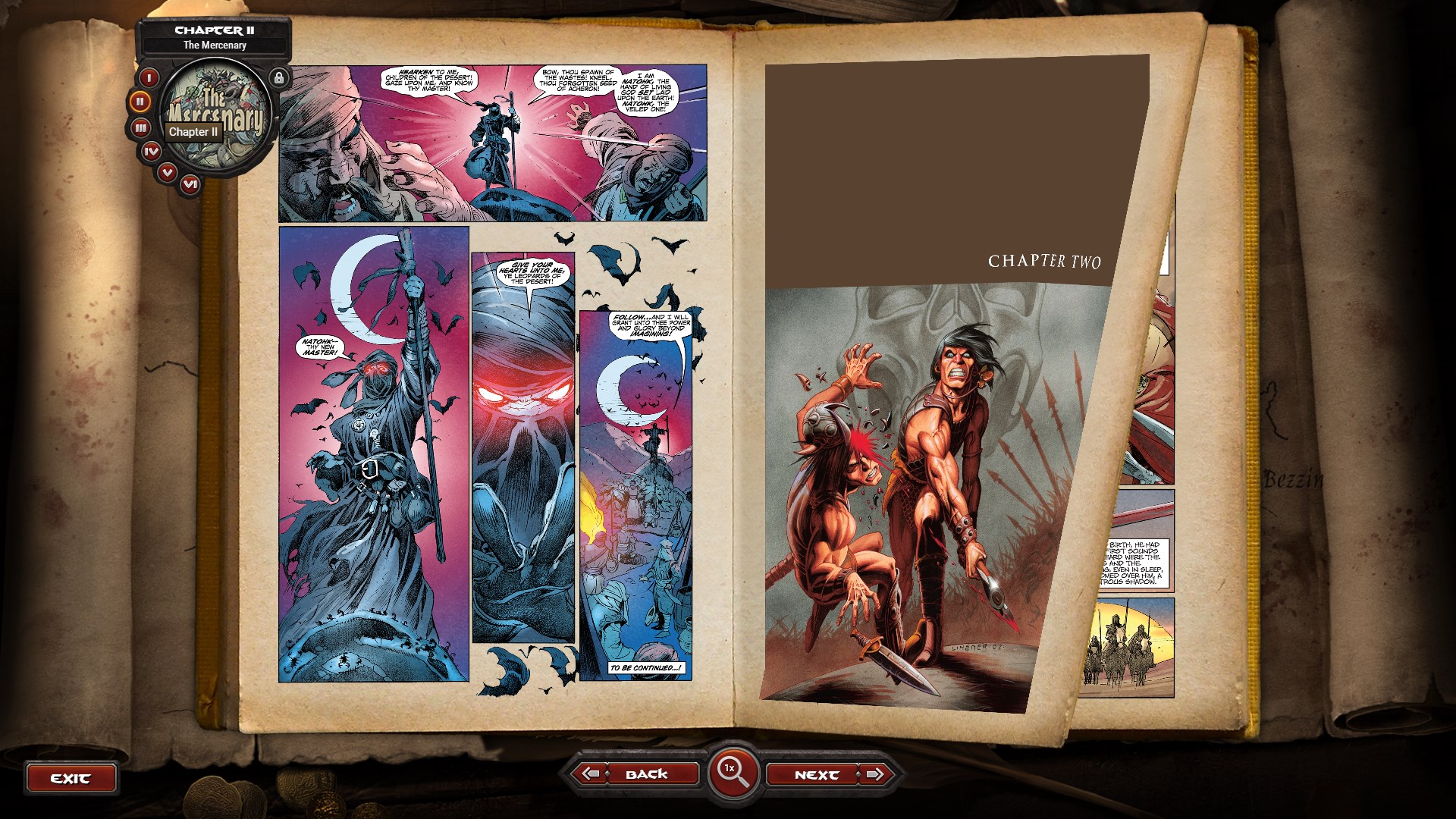 Overall… it’s fun, but does get frustrating on the later levels… the fact you can’t save your game to try a configuration and then reload if it didn’t quite work simply adds to that frustration. At the current price tag I think it might be a little much… but there is a bit of value in the unlockable comic pages and the ability to play through as a couple of other characters is nice. Perhaps wait for a sale unless you happen to really like tower defense style gaming.