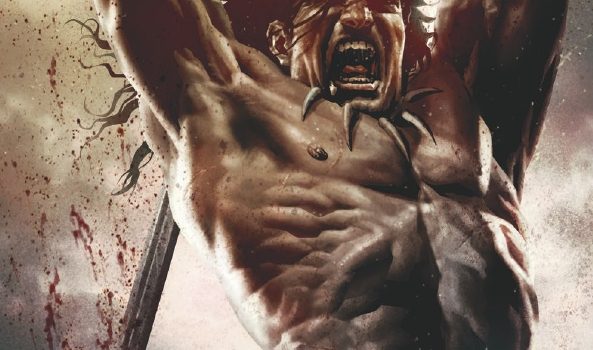 Summary: Not just a man of action, but a man of introspection. A great start to a new Conan story.

I first came across Conan as I’m sure many did… via Arnold Schwarzenegger and he remains arguably my favourite (and yes I have the Jason Momoa version, it’s…. ok). But the Cimmerian existed long before the Austrian Oak took up the sword and sandals. Conan The Slayer opens with our hero looking all but defeated, battle scarred and trudging through the wastes, we don’t know where he has just come from or what happened (though we can guess the people who gave Conan his injuries are no longer around to brag about it). Introspective and seemingly resolved to his morbid fate, his wandering are interrupted by a band of Turanian hunters and then a Kozaki camp. It seems there is no rest for Conan… not even being allowed the eternal rest of death. 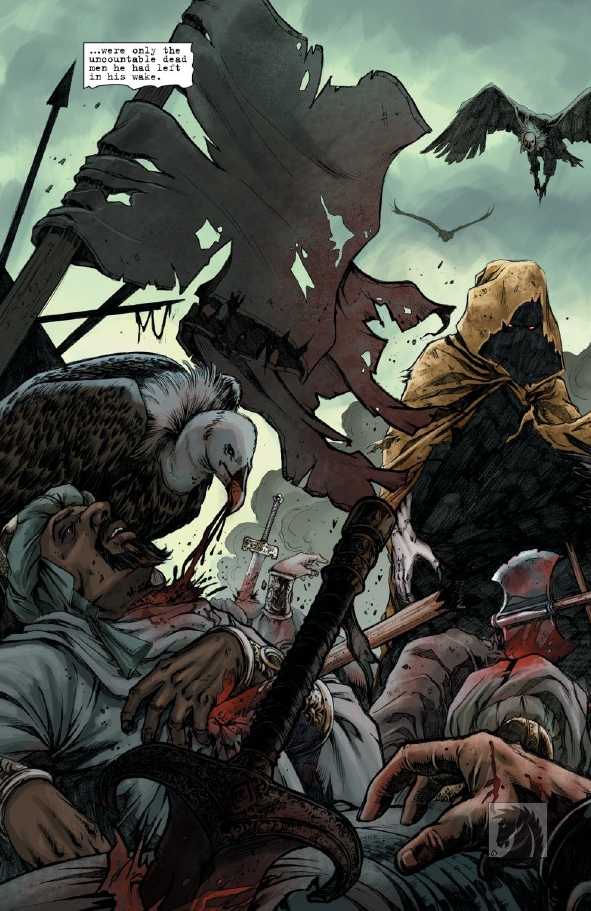 I really enjoyed the melancholic Conan… it’s quite interesting to see and read of his remorse… not for those he has killed, but for those who have died fighting beside him. His fate seems to be to bring death to his enemies, but the double edge of that sword is that he is not able to form any long lasting relationships without putting those close to him in mortal danger. Cullen Bunn also sprinkled just enough information about where Conan has just come from and what might be just ahead to whet the appetite for the next chapter in this story. 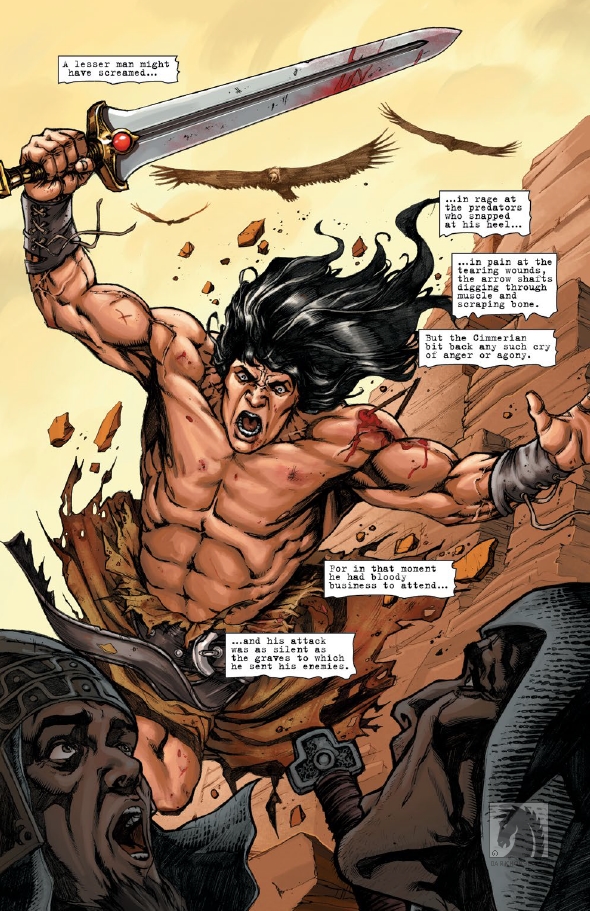 It wouldn’t be Conan without gruesome blood shed and Sergio doesn’t spare the senses with people being cleft in two, arrow piercings and everything in between. But again I think the strength here is in the depiction of Conan as someone with the weight of the world on his shoulders… you don’t just see him being tired from the battles he has fought but also those he has lost along the way… his sorrow is palpable and it really does a lot to flesh out Conan as a person rather than just a flurry of muscle splitting people asunder. 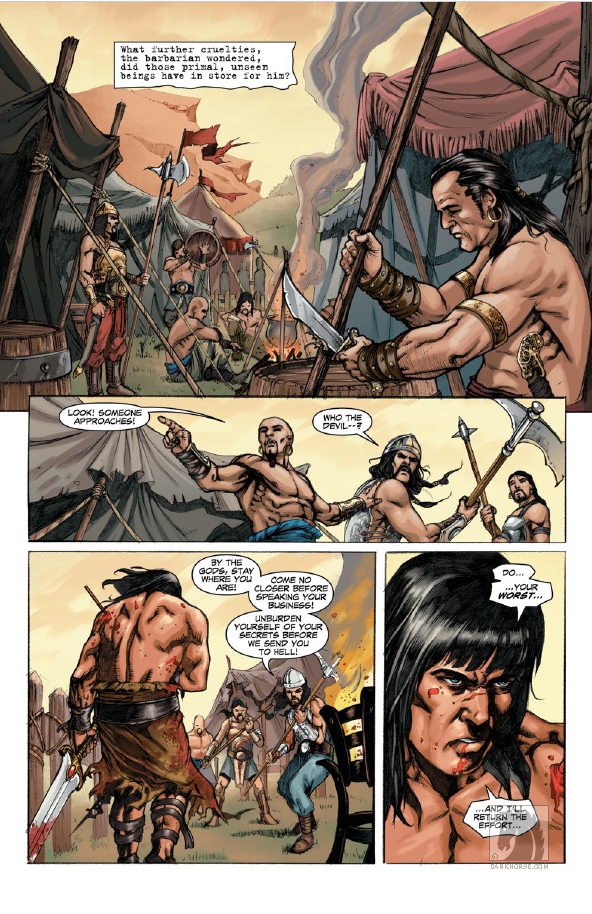 I am quite curious to see where this epic tale leads… Will Conan commit himself to helping more people in need or will he simply seek a good death in battle. Will he finally get rest or any sort of peace… there are questions that have been raised that I want answered… a great tease and introduction to this run.