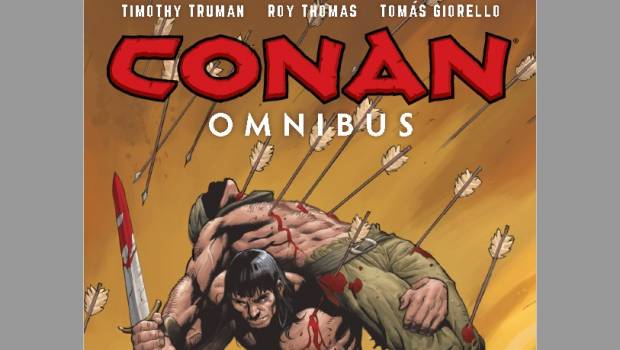 Summary: Conan's story continues with the free companions and a return to his younger days when his efforts saw him rise to the position of ruler before his time.

At time Conan seems like an invincible force, someone who can wade single handed into an opposing army and still somehow come out victorious. Conan Omnibus Volume 4 shows Conan as that seemingly invincible figure… but then also shows him a broken man and flawed in his arrogance. These moments could break a characters legendary status by making them seem weaker… but in this case I think it makes Conan seem more human and more relatable and certainly falable. 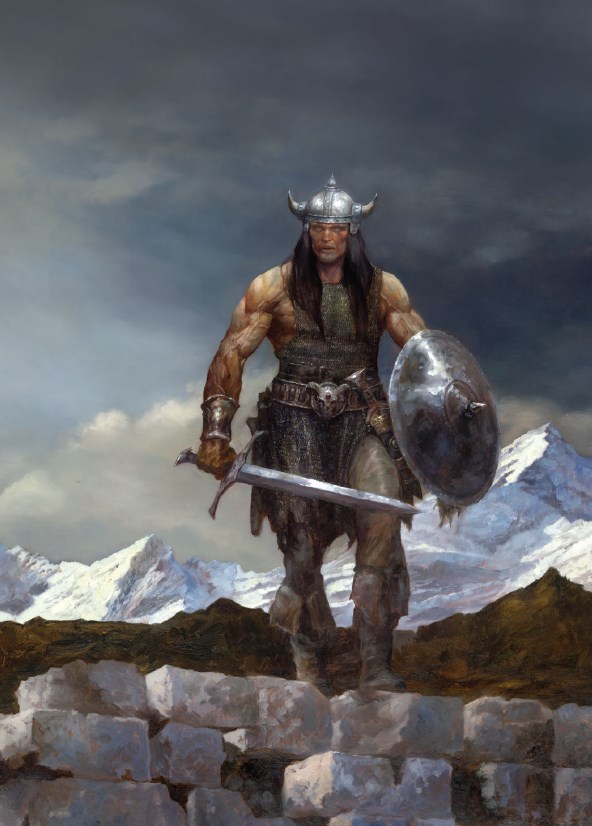 There is some really interesting writing in this collection that explores Conan as a broken man. Frequently we may see Conan tested even heavily wounded… but it’s not often we see him at deaths door. Seemingly acting as Crom’s will made flesh and bone Conan has his will truly tested by watching his companions slain before him and having to live with their loss while trying to continue to survive himself. For a Conan story that’s a pretty big change in theme but it works on a number of levels, not least of all seeing Conan’s sorrow for his fallen comrades and his resolve ebb and flow. Later we get to see somewhat the opposite of that, Conan feeling so strong and full of himself that he fails to see how his actions impact those around him who rely on his words and actions for their well-being. 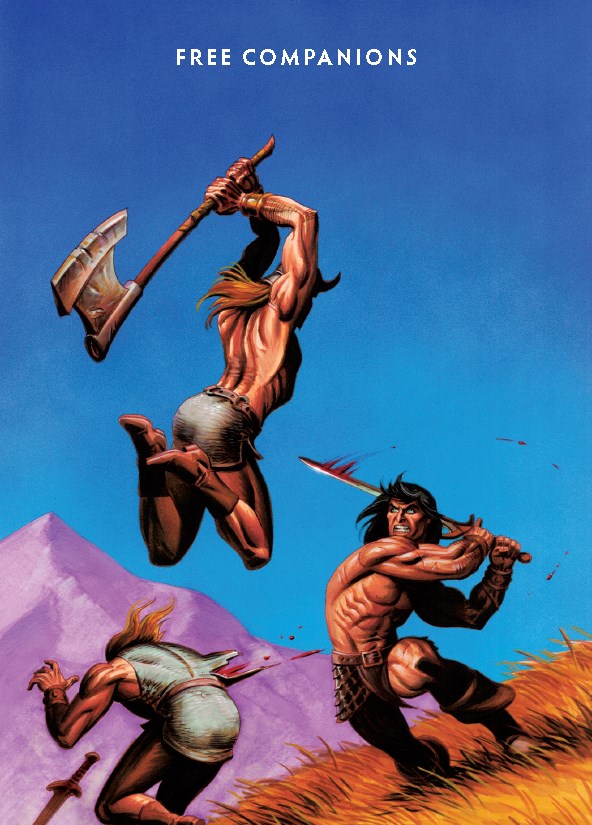 There’s a wide variety of art styles and quality in this Omnibus. The first few pages of the very first story seem a little washed out, they aren’t terrible but they don’t jump off the page, they almost look like they are from the pages of a comic that has been sitting on someone’s shelf for a number of years untouched… then finally get to see the light of day. But, as if to throw stark contrast on those first pallid pages, we are then thrown into richly coloured vibrant detailed images that carry on through the rest of the comic. Not to be missed of course is the gallery pages at the end. Some of the artwork in these pages is simply stunning. Doug Wheatley’s images particularly caught my eye with their use of light and shadow to add a great deal of mood to the images. 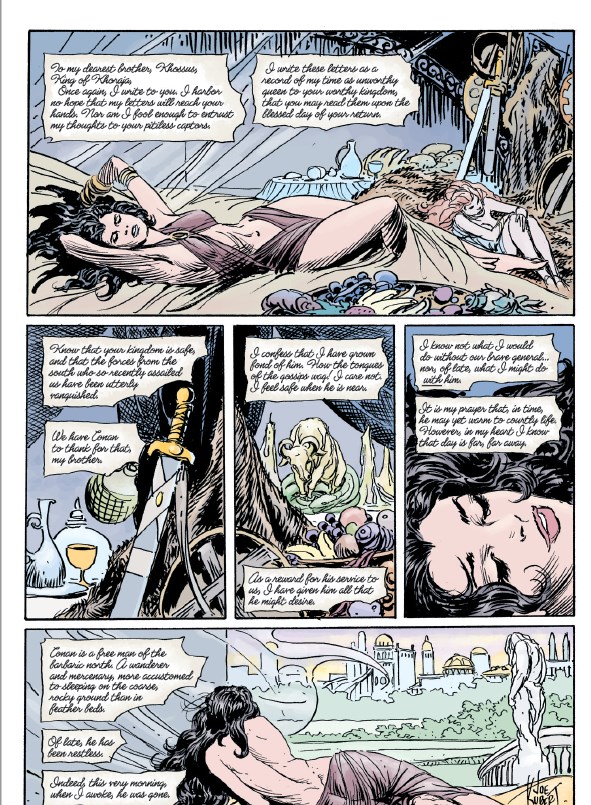 It’s hard to see our heroes show their more human side. In the sense of Conan it can be hard seeing him fail or even more so, seeing his actions cause harm to others (who didn’t have it coming to them). This collection has perhaps one of Conan’s harshest lessons not just on the battlefield but off it and in the way he carries himself. The more Conan stories I read the more complete the picture becomes… from the cinematic Schwarzenegger Conan to the stories of Conan’s youth, his time with the free companions and his time as ruler (now his early attempt at being a ruler and later as a more mature leader). It’s interesting to read of his development as a character and as a person. A very worthy addition to the Conan collection. 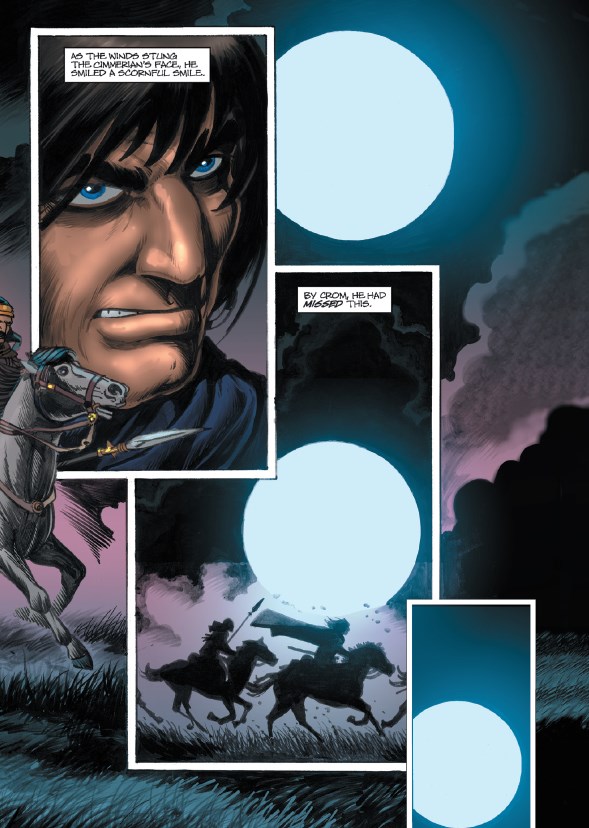