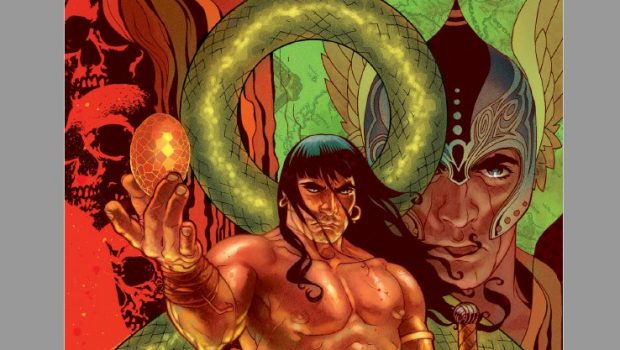 Summary: A youthful Conan leaves his mark wherever he goes.

Concluding Kurt Busiek and Cary Nord work on the series, Conan Omnibus Volume 2 follows the style of being a retelling of the tales of Conan. Again we have the long suffering Wazir reluctantly recounting the feats of Conan to his ever curious Prince. I think this approach to the story telling is my favourite so far… it both speaks of the historical legacy of Conan’s life and actions and at the same time it allows for the stories to be taken either as completely accurate accounts or possibly have been embellished in the recording and retelling. 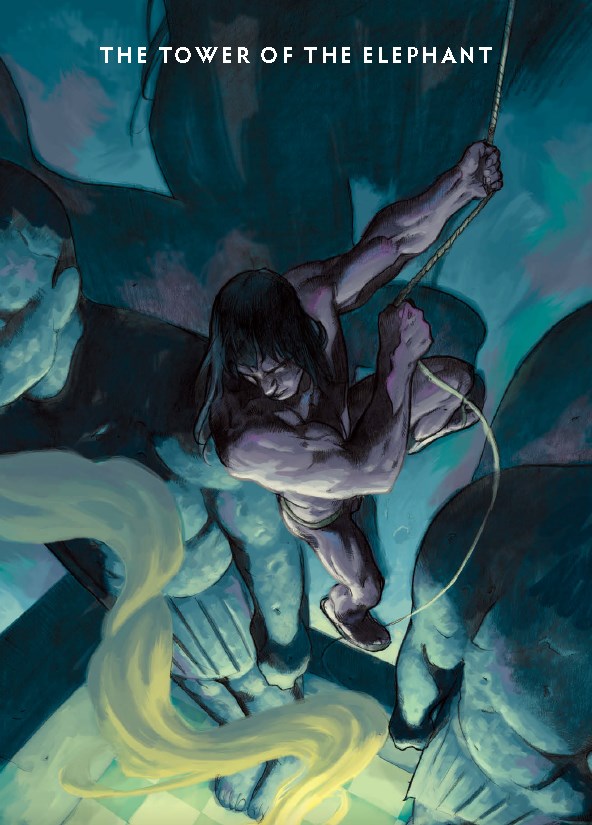 This is a youthful Conan, early in his legendary life and as such there are some moments that show he is quite flawed as a person. The most shocking of scenes involves him striking a child who hasn’t done any wrong… on it’s own it would simply be a disturbing and shocking scene but we then learn that he thinks back on that moment and apparently regrets it whilst noting that he let his emotions get the better of him. Later we see how Conan’s brashness and arrogance have a tendency to rub those of a similar “profession” up the wrong way and causes conflict. The stories are gripping all the way through and it’s always interesting to see characters who are normally portrayed as simply larger than life and heroic, sometimes make mistakes and even to reflect on those errors. The writer’s have done a great job of throwing these elements in to add that sense of humanity but not in a way that slows down the story at all, if anything it adds to the overall understanding of Conan as a person… someone who can be brought to such a rage that they no longer think clearly and may be more dangerous than normal. 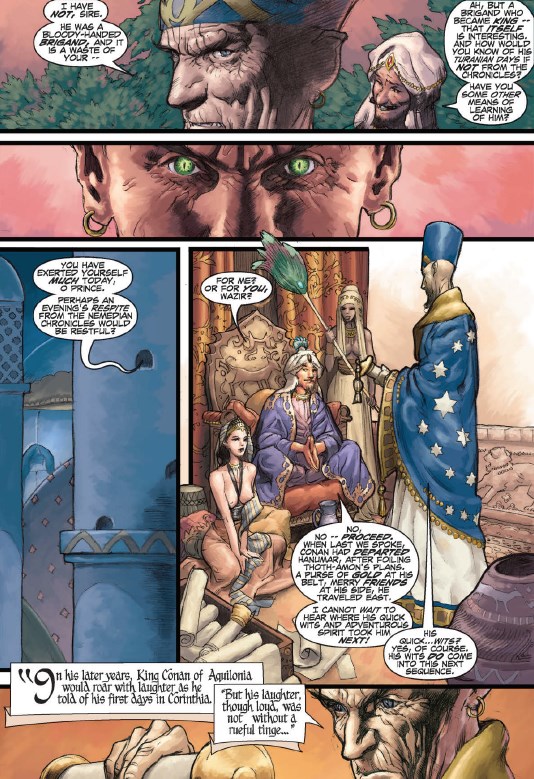 There are many lovely scenes filling these pages that really jump out at you. The facial expressions draw you right into the story, a panicked eye, a look of determination you can almost feel as thought you are looking directly into the fact of the characters. Add to this the wonderful colouring. Scenes that are already beautiful gain a whole new sense of depth and drama when skillful lighting is added, shadows that increase the sense of dread across a face, shadows that reveal the different world of the night landscape. 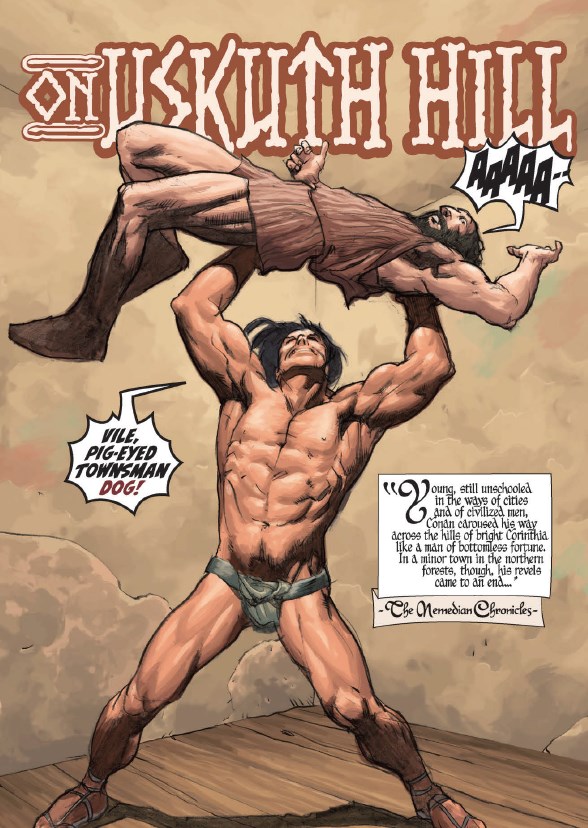 I doubt I will come across a Conan story I don’t like, but there are levels of enjoyment in the material that is available and these Omnibus collections are pretty high on that list. The captivating story telling goes hand in hand with the lovely artwork to fully furnish that cinema projection in the mind that can occur with great story telling. Another great addition to your Conan collection. 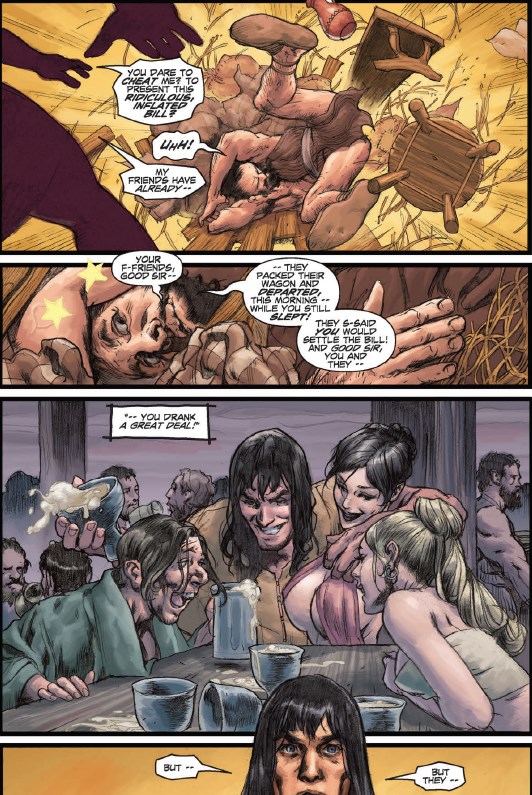