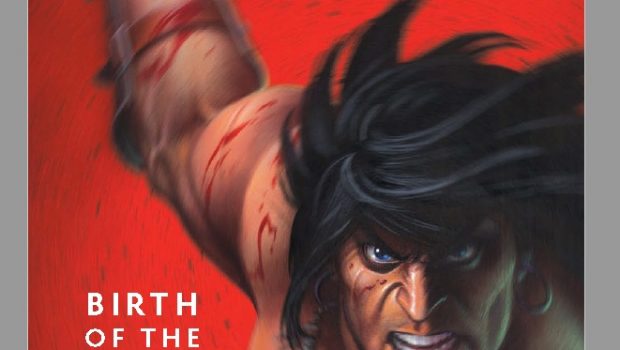 Summary: The world according to Conan. From birth to the first defining encounters of the Cimmerian's life.

I’ve found it… my favourite Conan book (to date at least). This review has taken quite some time to put up and as much as I can say life has been busy of late… the other factor is this book is one I wanted to savour as I read. Beginning literally with Conan’s birth on the battlefield, we get to learn of his youth, the children he played with and the events that forged the man, the myth, the Barbarian! If you’ve never been exposed to Conan before (which is unlikely… but who knows), this is a great way to be introduced to the character and to get a real sense of who he is and arguably why. 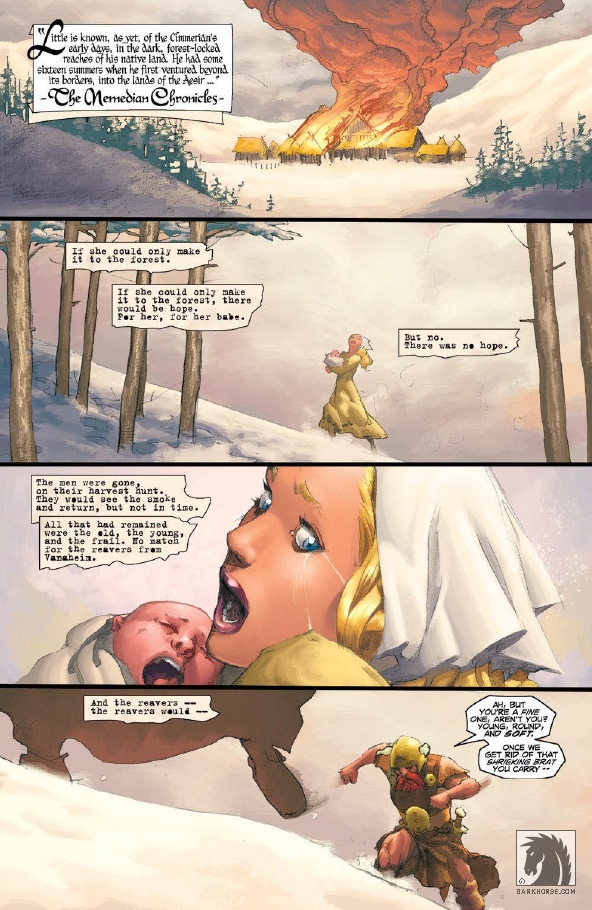 Origin stories can go either way, good or bad and a lot of that can rest on exposition. Kurt Busiek tackles it masterfully by beginning the story not with Conan at all but with an exploratory group uncovering a ruin that contains stories of a great man. The scholar then begins to recount the tales contained within and as such we learn of the birth and life of Conan the Barbarian. Not only does it give a great excuse to write a biography but there are little gems dropped here and there, things such as the fact that the story was “dictated” by his wife… second hand information that could well be exaggerations. They are elements that add to the story, is the legend true or merely myth, or perhaps full of partial truths and embellishments. The story of Conan’s upbringing as well lends so much to the character. Any fan of the movie adaptions already knows the basic information, he was a blacksmith’s son, part of a tribe that worshiped Crom. But even that simple fact of being a Blacksmith’s son bolsters the idea that he would have built great strength and had respect for weapons and armour that are so integral to the character. I don’t really want to go into much more of the story because it really does flesh out his formative years. We watch him grow into a young man and then as he takes his first steps outside the borders of his home town, chasing legends and making his own in the process. 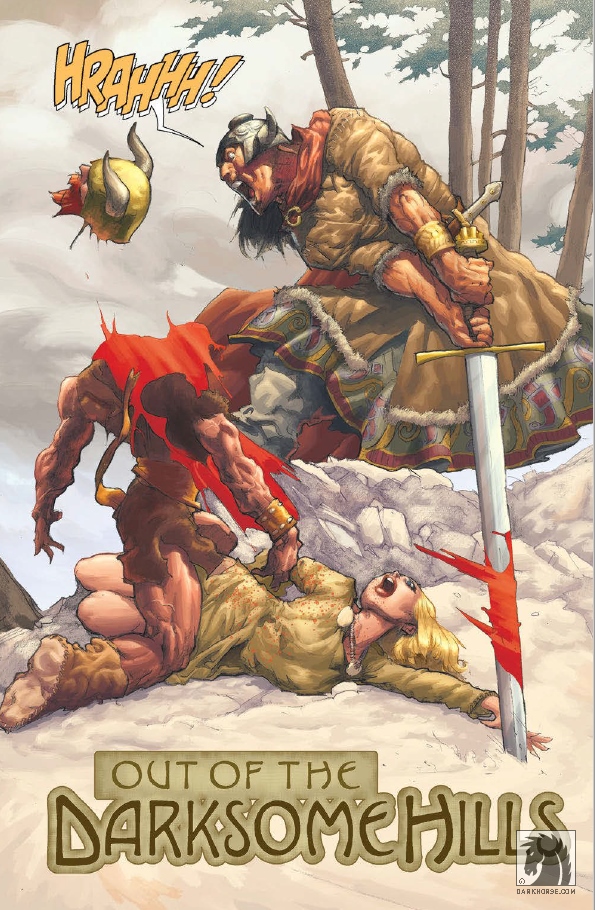 The art is beautiful. There are two distinct artistic approaches in this book, there is the watercolour and ink style for the early tales, the stories revolving around Conan’s youth and growing into manhood. The faces and characters have a very naturalistic realism to them that reminds me of the Max Payne story segments from the games. It suggests to me that there was a photographic reference for each of the images that was then either traced over then stylized or perhaps just heavily drawn from to create the images… the end result is quite humanizing and arguably infuses the story with a realism that is palpable. Then as Conan leaves his homeland and the stories turn to his own legend as it begins to form, the art style moves to a more clean lined caricature approach. The colours are more vibrant and bold. 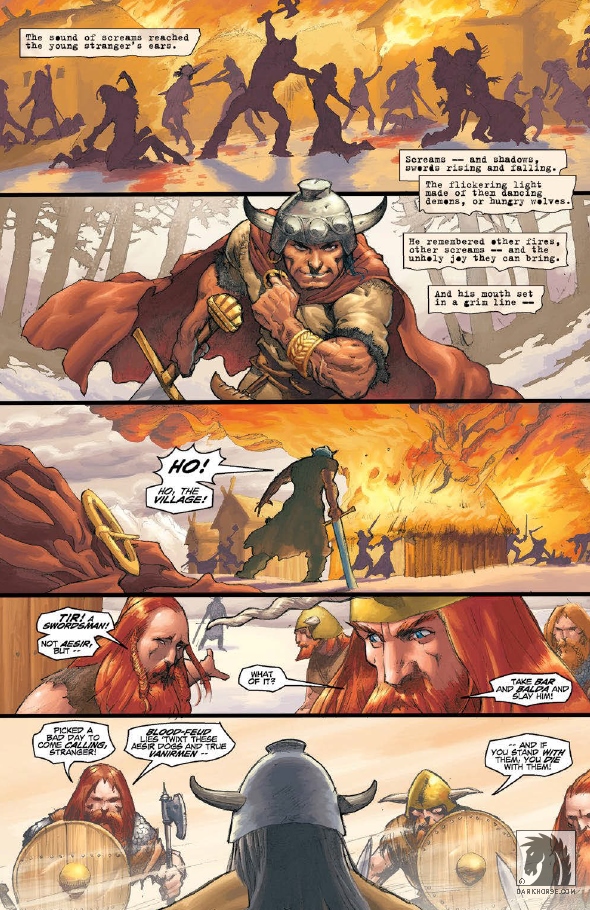 The more I read of Conan the more I like the character and as mentioned at the start of this piece… I think this is my favourite of all the stories (or collection of stories) to date. Seeing the events that formed Conan as a child, the challenges that made him into the legend he was to become and then reading of some of those legendary events that would echo through his life is quite thrilling. If they ever thought about making a TV series of Conan… they could do far worse than use this as the blueprint for the stories. 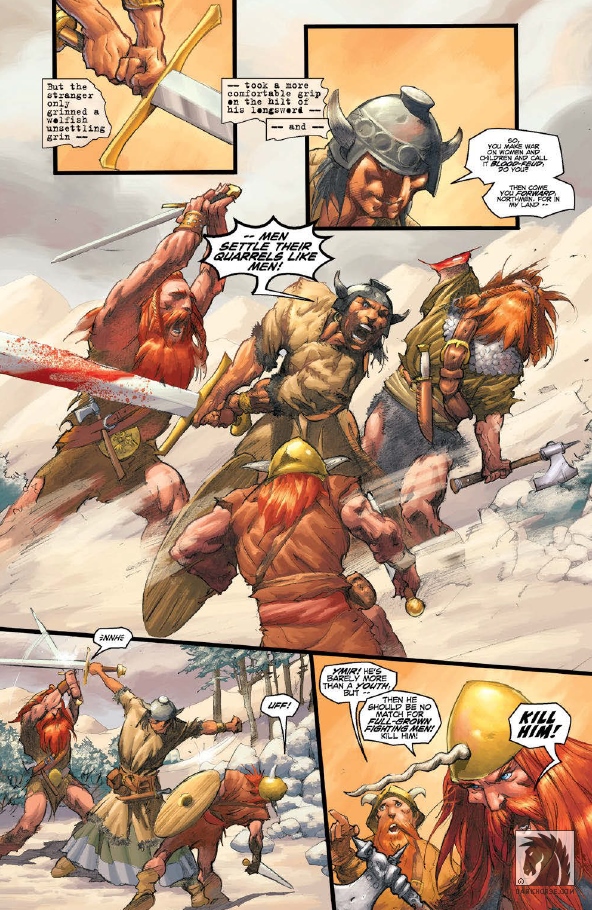