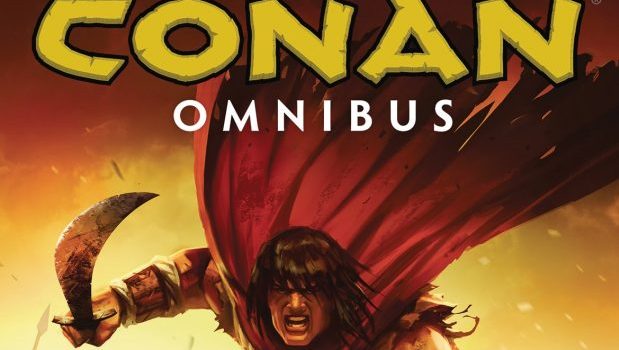 Summary: There is on thing Conan hates with a passion and that's magic users... Unfortunately for him they are just the sort of foes he must face in this collection.

Conan can sometimes seem a simple man, his solution to problems frequently involves the use of his sword… but some challenges seem beyond solving with his blade, most notably magic users! As much as he may want to never come across magicians and witches in his travels, he seems destined to cross paths with them and some more dangerous than others. Following the loss of Belit Conan just wants to return to peddling his sword arm and seek ancient treasure but his plans are thrown out the window when he encounters his despised nemesis the Stygian necromancer Thoth-Amon. 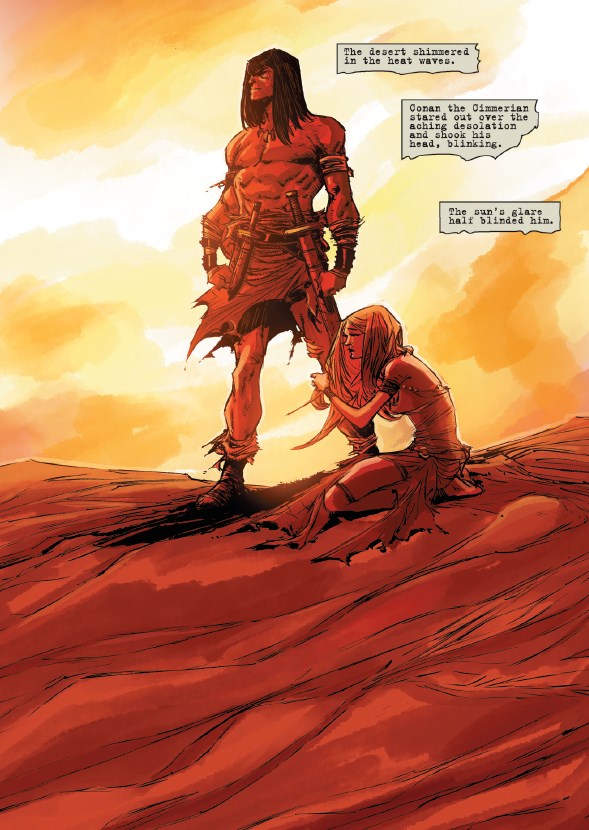 It’s an interesting challenge to start a story, especially one of a hero so much larger than life as Conan, in a dire situation in which death seems the more merciful course of action than any alternative… yet that is just how this collection starts. For a moment I thought it would indeed be a tragic opening before we jump back in time to gain context on where we find ourselves. Context can make or break a story and opening in such a powerful manner really sets the tone, to then go back and show how Conan and his companion find themselves in their predicament fleshes out the situation perfectly. Certain threads are sewn throughout the story that have nice payoffs later and we again see that though Conan can seem very simple as a character, opting to generally use might over other solutions… he in fact has a big heart and a sense of justice that over rules all else. 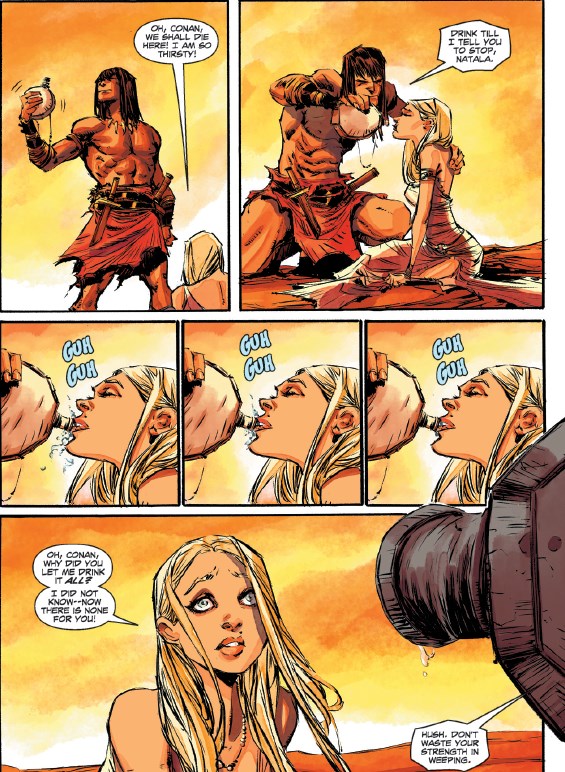 The two artists providing their talents to this work have pretty different styles. Brian Ching’s depictions have a far more angular feel to them, stylized strong lines. While Guiu Villanova’s art has a softer curvier feel to it and perhaps a more naturalistic depiction of the characters. As to be expected from a Conan story, blood and gore feature in healthy doses and are depicted with suitable visceral detail. 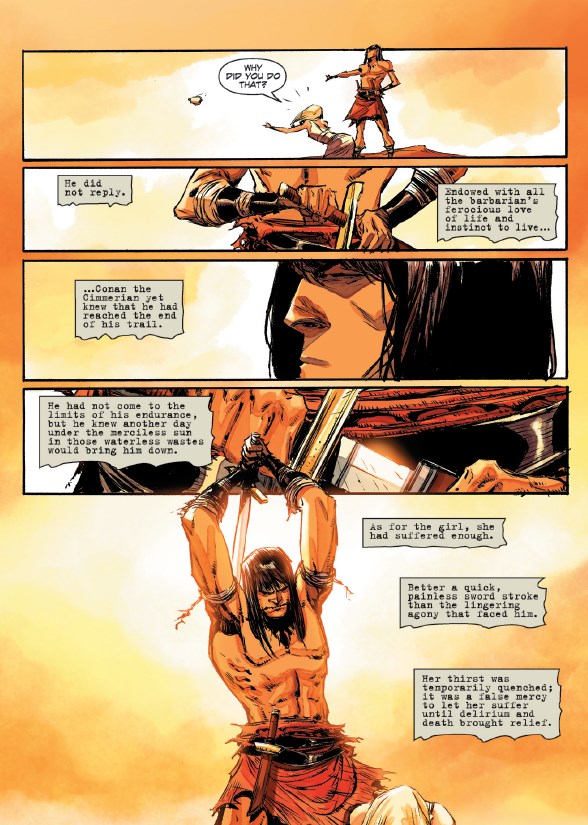 This collection shows both the lasting impact Conan has on the people of his world, the friendships forged and the lives changed and also the way other lives have impacted Conan’s. Though confident with his sword, Conan still feel uneasy around magic and often a friend or acquaintance is required to help him defeat the magic user. This perceived weakness of Conan’s does a great job reminding us that even the strongest among us sometimes needs help. I’m not sure I’ve encountered a story that begins with such a dramatic beginning and a bleak outlook and even if I have it obviously hasn’t stuck with me the same way this one has. I’m a fan of Conan’s so I was always likely to recommend this book but it really is an action filled collection of sword and sorcery with love, lust and revenge thrown in for good measure. 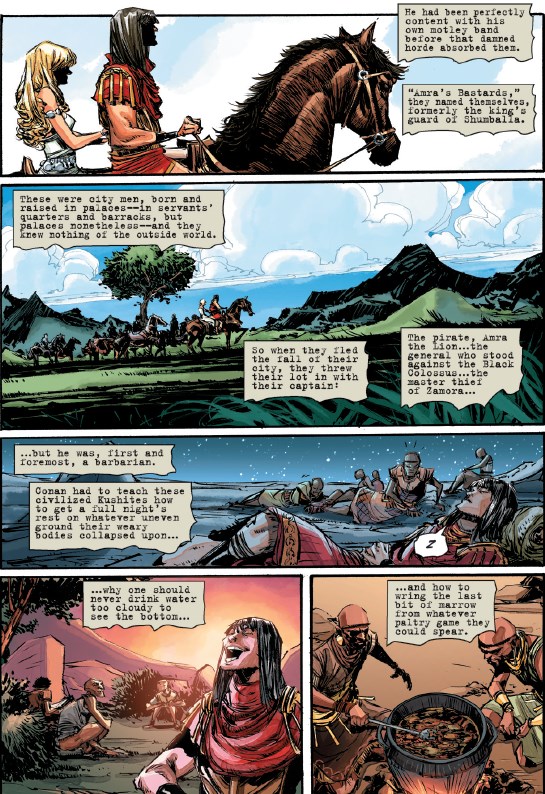