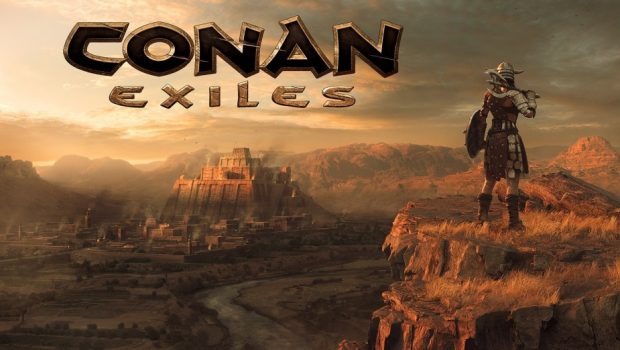 Summary: Are you good at building? I hope so in this Barbarian episode of Tool Time.

Conan, the creation of author Robert Howard has long been the standard to which all barbarian tales are told. In his grim, terrifying world of blood and death, Conan conquered all, and now it is your turn to attempt to stand supreme or die in the process. 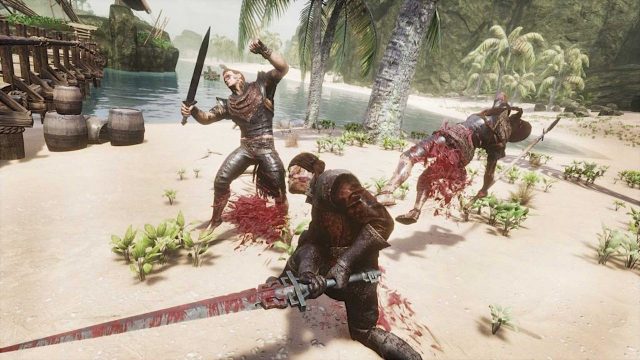 For those with no knowledge of the game; this is open world MMO time (massive multiplayer online), and you will really need to consider just how much interaction you actually want from other players as they can make or break your game quite literally!

The title opens with the brutality that you would pretty much expect from it, with your character being nailed to a cross in the middle of the Exiled Lands to die. It is at this point that you can do character customisation to your barbarian before you are rescued by Conan himself in a brief cameo where he will prattle on about just how tough life is. Then you are on your own… or are you? 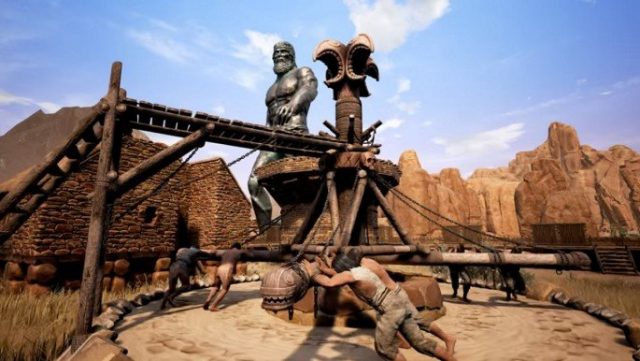 That’s where Exiles is blessed and cursed. This is a persistent online world where things take place even when you are not playing and all the hard work you put into actually making something can be discovered and destroyed by other parties wanting it for themselves. I must confess I found it more than frustrating to wake up, log on and find the things I had crafted and built all smashed and anything of value taken.

Graphically the game shines, especially for a title of this nature. The landscapes are harsh and look perfect, as do the characters you will come across in the game, both players and non player creatures. The scope is amazing! 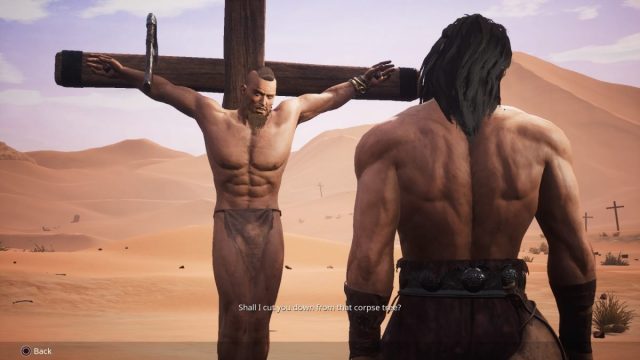 Survival is key here and crafting is a must, to the point it becomes a grind as there is just so much to do. The payoffs are immense, especially as you level up but just be aware you are going to have to make everything initially until you are powerful enough to take what you want from others if you choose to go that route.

Continuing on with the crafting here, sorry I can’t help myself; to give you an idea of what to expect: you won’t just make armour, you have to also make the straps for it, and the lining for it before you can make the armour itself. Don’t expect any easy fast results; the game wants you to work for everything. The problem is that at times it works you to the point that it’s not fun anymore.

Where it does make up for that is playing in co op mode with a mate. That is lots of fun exploring the Exiled Lands together, though you need to note that the same danger still exists of losing everything when you stop playing. As you progress you can break thralls to your will who will guard your possessions in your absence, though they too can be destroyed.

I enjoyed the process of building complete structures. These great buildings are secure depending on the server you are on and for the most part are set to be no go zones in the absence of the player who made them. This at least provides security for your items that trust me you are going to be spending a lot of time making. 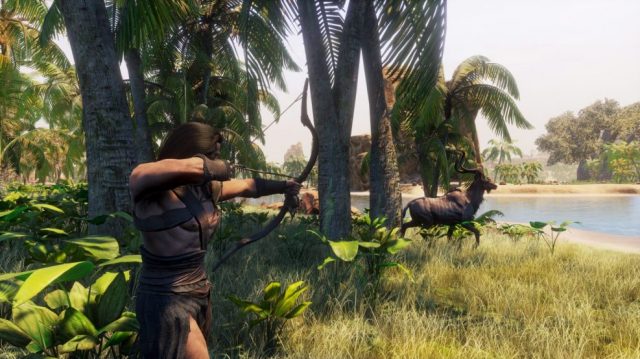 Combat is a large part of this game too and players will be pleased to note that it is a satisfying experience albeit a limited one with button mashing and strung attacks being the order of the day. Graphically though they look darn good which makes up for it a bit.

Ultimately Conan Exiles is a slow paced game with no quick pay offs. It provides a sense of wonder with its locations and the things that populate them. There is danger in the persistent online world which adds to the need to log on often to keep an eye on things. If you are not prepared to put the hours in, this is a title that is better left alone.