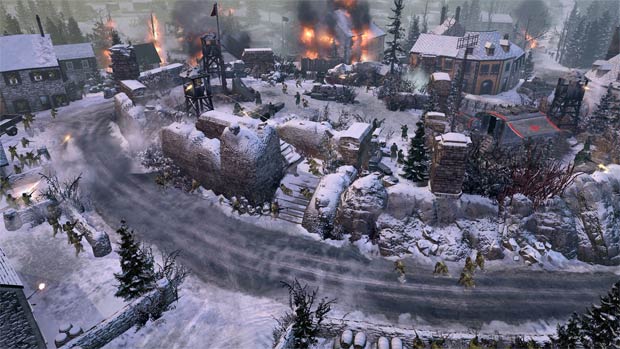 THE COMPLETE WWII RTS EXPERIENCE IS HERE WITH COMPANY OF HEROES™ 2: PLATINUM EDITION

Sydney, March 23rd 2016 – SEGA® Europe Ltd. have today announced the Company of Heroes™ 2: Platinum Edition for PC is out now and available to buy at retail. This special package features all the major expansions of the award winning World War II RTS series: The Western Front Armies, Ardennes Assault and The British Forces. The package is underpinned by over two years of continuous updates and multiplayer improvements and also includes a voucher for an extra free copy of the Company of Heroes 2 base game, that can be passed on to a friend. So there’s never been a better time for newcomers to get involved.

Company of Heroes 2: Platinum Edition gives players the freedom to choose their own gameplay path. Will you dive into the Red Army’s campaign as they march in Berlin from Company of Heroes 2, dive straight into the multiplayer with The Western Front Armies and The British Forces, or relive the infamous Battle of the Bulge campaign in Ardennes Assault? The Platinum Edition also features:

Company of Heroes 2: Platinum Edition is out now for PC. For more information  log on to www.companyofheroes.com.