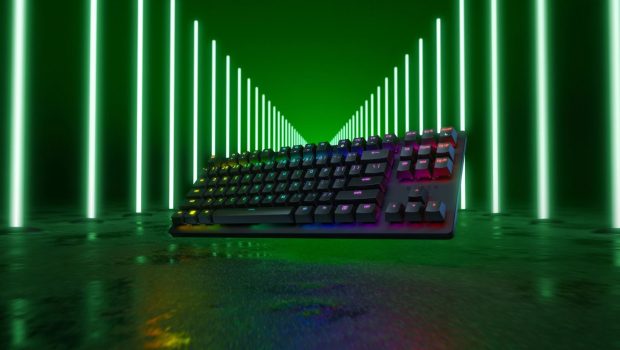 The Huntsman TE joins the Huntsman premium keyboard family built with Razer’s ultra-fast light-activated Optical Switches. After its introduction in June 2018, the critically acclaimed Razer Huntsman Elite has taken the world by storm, becoming the best selling gaming keyboard in the U.S.¹ The Huntsman TE, the latest addition to Razer’s lineup of high-performance gaming keyboards, now features a new type of optical switch that actuates even faster – the Razer Linear Optical Switch. 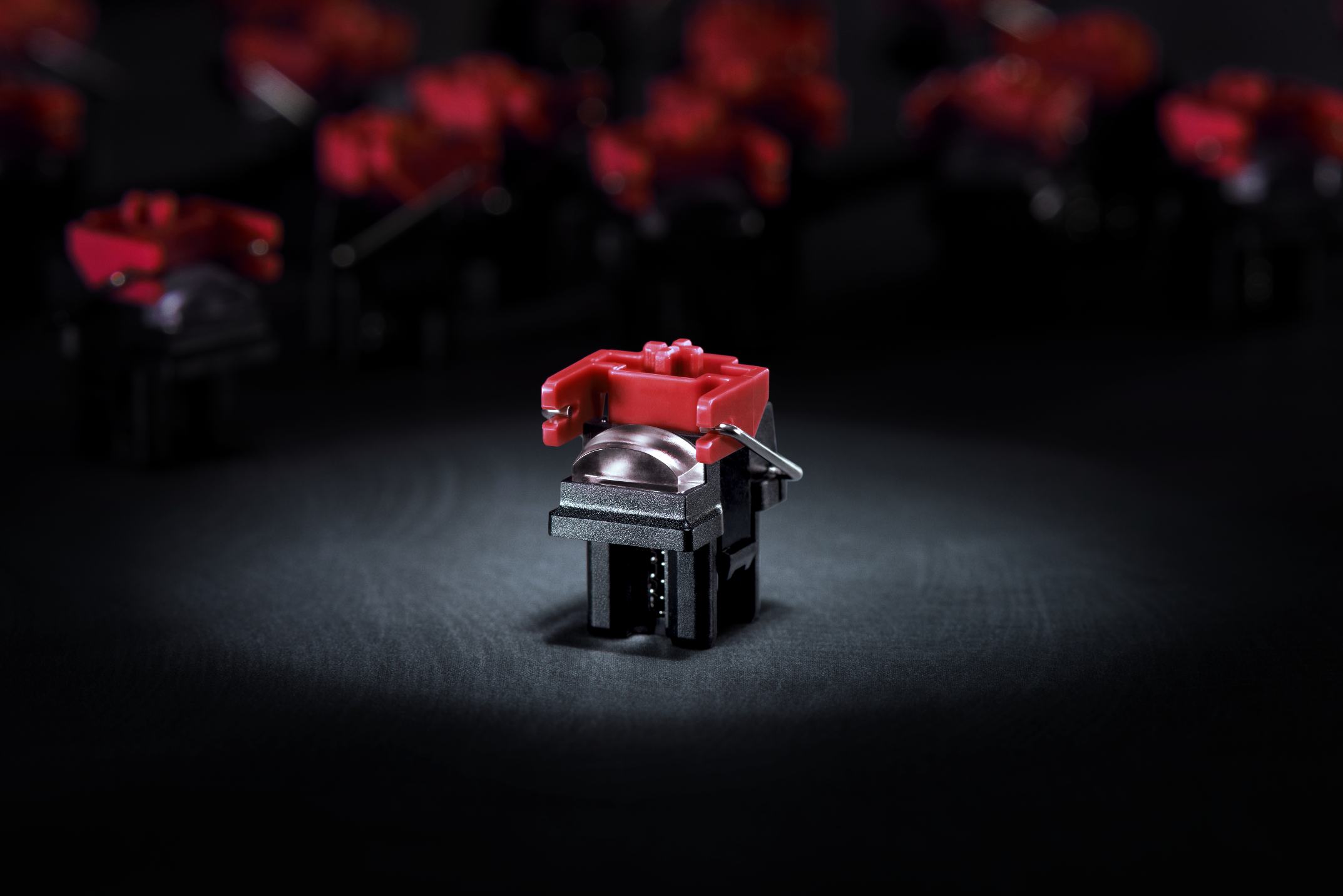 The new Razer Linear Optical Switch delivers a smooth actuation without a tactile bump for an instantaneous response. It actuates at 1 mm, which is twice as fast as traditional linear switches. Razer Optical Switches are rated up to 100 million keystrokes.

Designed for Esports
The compact tenkeyless form factor and detachable USB-C cable tucked to the side of the Razer Huntsman Tournament Edition allows it to be easily carried to any tournament. With onboard memory, players can access up to 5 profile settings at a moment’s notice in time for any match, at any place.

For the new Huntsman Tournament Edition, Razer has manufactured their own proprietary tooling to produce sturdy bespoke doubleshot PBT keycaps, featuring the thinnest, sleekest font available in a PBT keycap. Designed to withstand intense training and competitive use, these keycaps are able to resist wear and tear and retain their texture, keeping the Huntsman Tournament Edition looking brand new even through extended use. 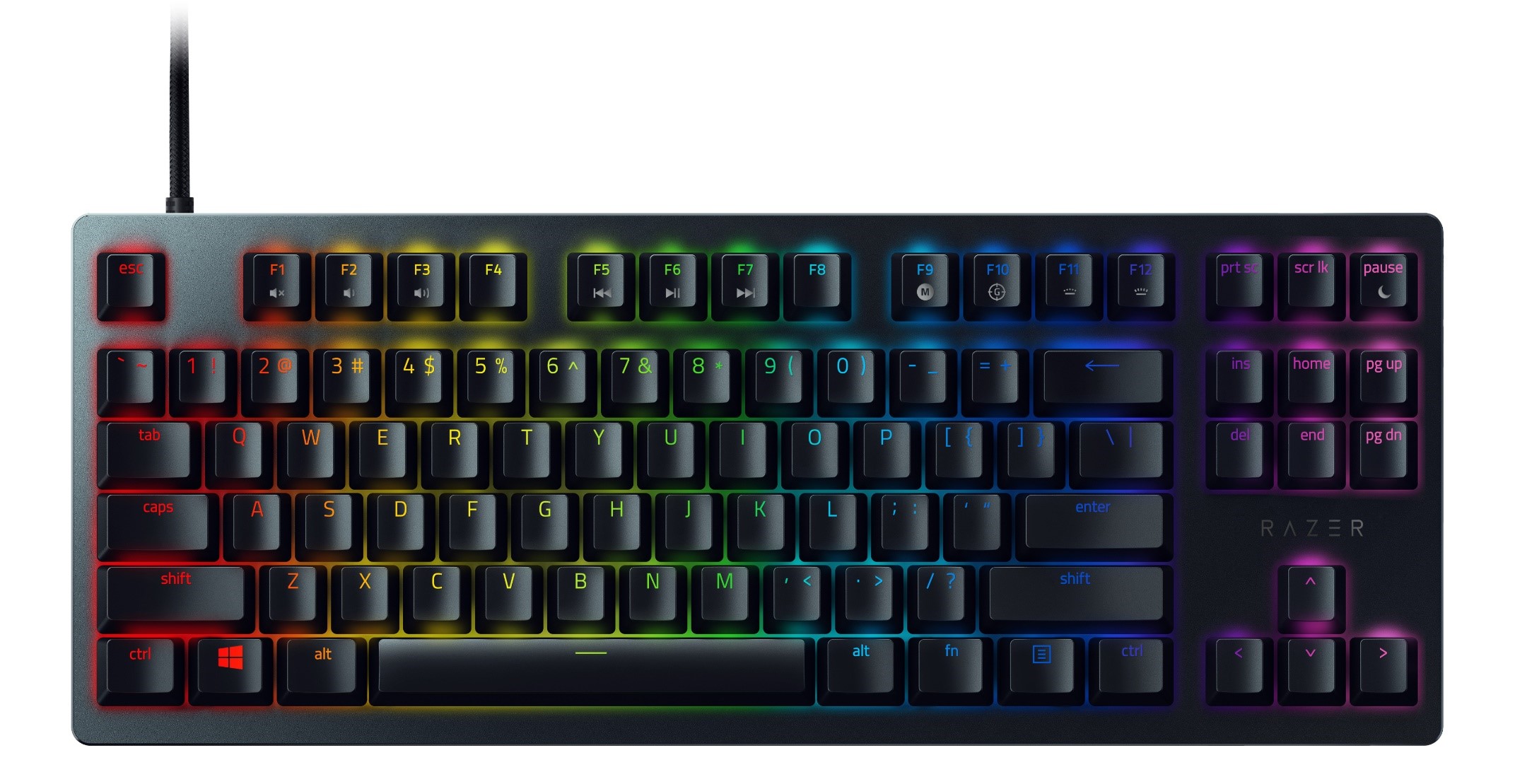 In addition, the size of the keys in bottom row of the Huntsman TE has been standardized to allow easy keycap customisation.

Gamers can choose to replace any key with a third-party keycaps of their choice – making the Razer Huntsman Tournament Edition one of the most customisable Razer keyboards to date.

Tested and approved by the best
Each feature of the Huntsman Tournament Edition keyboard has been tested and validated by Team Razer’s Esports athletes such as Team EG’s Arteezy, MIBR’s TACO, Seoul Dynasty’s Ryujehong and Fleta, and more. It is a high-caliber keyboard designed for the best, by the best.

“Razer is the pioneer in Esports and athletes have used Razer gear for the unfair advantage,” says Alvin Cheung, Senior Vice President of Razer’s peripherals business unit. “We teamed up with some of the top Esports champions to develop the Huntsman Tournament Edition keyboard and anyone will be able to feel the difference in their performance immediately.”

“Every second matters and just a split second can ultimately determine the victory or loss of a match,” says TACO, professional CS:GO player for MIBR. “That’s why I prefer using a super responsive keyboard like the Huntsman Tournament Edition for competitive gaming.”

ABOUT THE RAZER HUNTSMAN TOURNAMENT EDITION