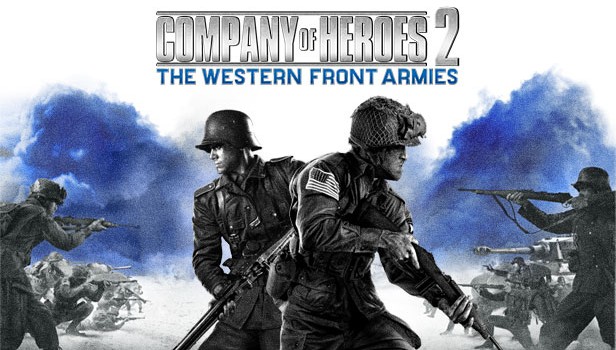 Summary: Great entry point to a rich RTS...if you can master it

The first half-dozen times my Oberkommando West units clashed with US Forces and Soviet scum, I decimated them. None could withstand the might of Nazi Germany’s elite fighting force. We pushed back our enemies all across Europe. But our success was short lived, and my experience with The Western Front Armies would largely echo that of history: I would suffer crushing defeat. 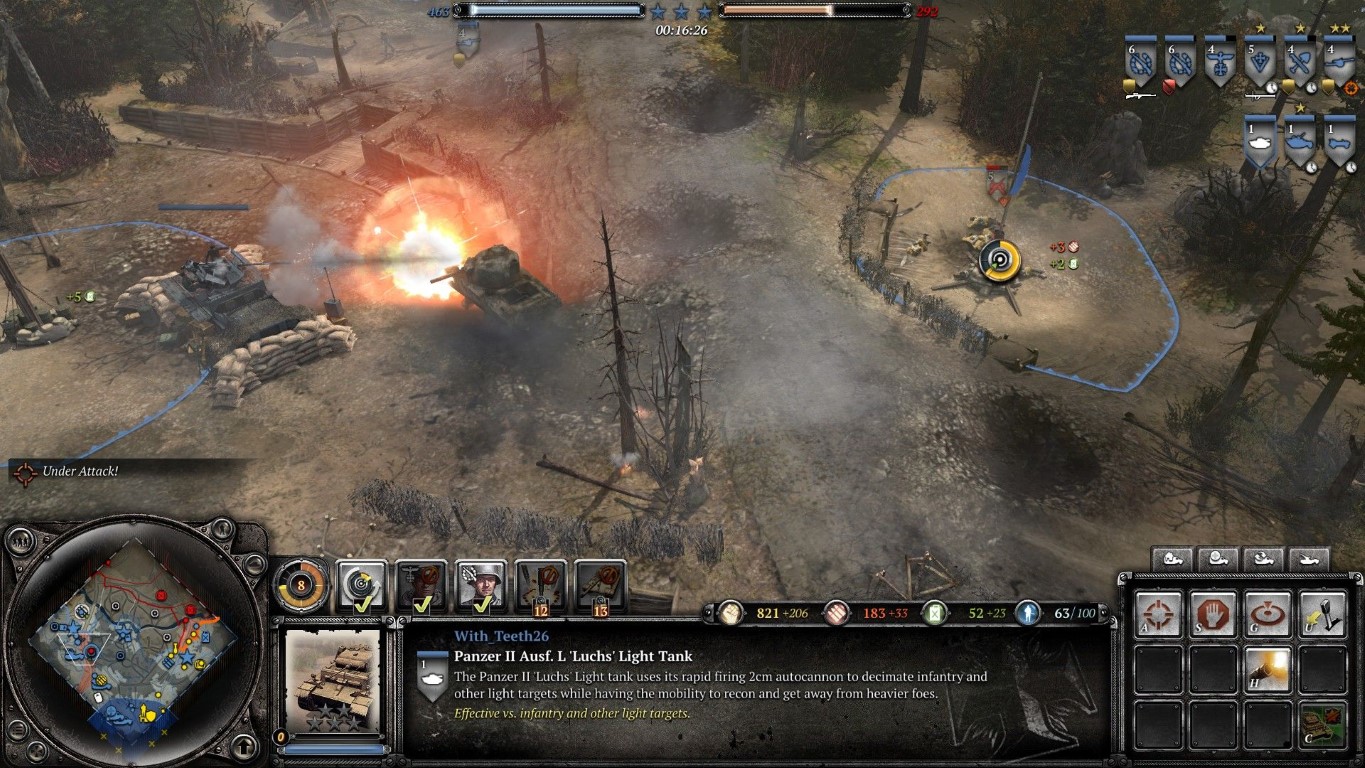 The Western Front Armies is a standalone multiplayer expansion to Company of Heroes 2 and at that it excels. The two new factions—Germany’s Oberkommando West and the US Forces—play remarkably differently. Oberkommando West has a greater focus on tanks while the US Forces rely on manoeuvrability and sheer numbers. The basic infantry show clear differences: Oberkommando’s Volksgrenadiers and Sturmpioneers can build more defensive items, but recruiting them costs more than the US Riflemen or Rear Echelon Troops. Oberkommando troops are also highly specialised, whereas US troops can swap out weapons at the base to ensure the right equipment is on the frontlines.

The camera feels slightly too close to the action, but it forces players to be more aware of the mini map. Multitasking is essential and the ability to have delays on troop orders or be unaware of certain enemy movements does emulate the sort of environment World War II took place in. Having the camera zoomed in also allows the player to see details in the battlefield. It’s no graphical masterpiece but, for a gameplay-focused genre, Company of Heroes 2 looks excellent. Beautiful scenery is trashed as cannon shells explode. Buildings collapse, bridges are destroyed. The infantry have little added details: they shiver in the cold, scramble when fleeing. They even have irises if you zoom right in. 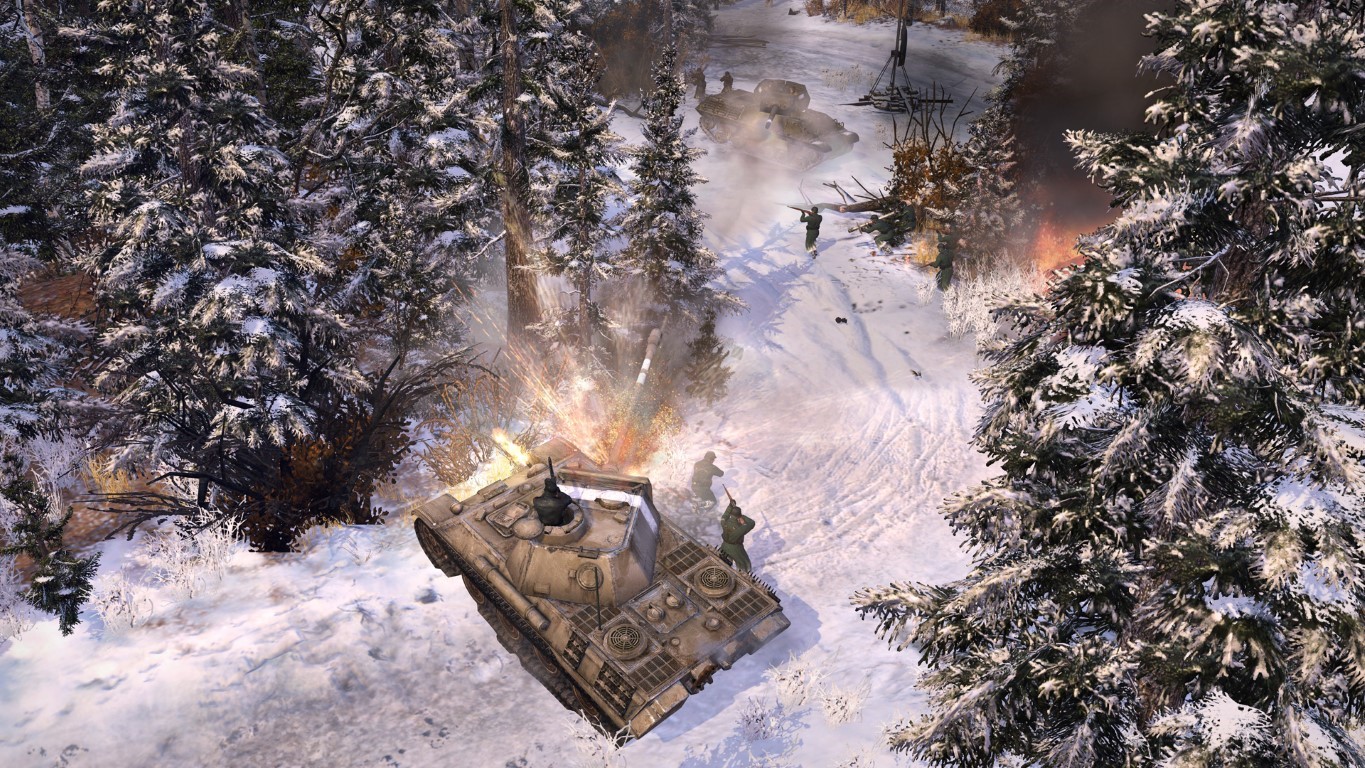 The Western Front Armies also manages to capture some of the personality—both good and bad—of World War II. Mortared units might scream about missing limbs. They complain about the cold. But they also joke about before combat gets serious. It’s a small detail but it aided tremendously with a sense of investment and immersion.

As a multiplayer game, I was eager to dive in and challenge other players. But I knew RTS games were often complex and I wanted to understand everything, so I started with the tutorial and warm up matches against the AI. The tutorial battle taught me nothing and was won almost immediately. My first bot match was the same: a handful of infantry was all I needed to win. I needed a bigger challenge; I wanted a victory that I had earned, or even a hard fought defeat.

Through some general frustration at my own lack of knowledge—no thanks to the tutorials—I picked up some tricks: click and drag to select unit facing so the anti-tank cannons stop deploying backwards; rush victory points early instead of creeping toward the enemy’s growing defences; build a balanced army, instead of using one unit en masse. The game has a lot of nuances learned organically—or by accident—rather than being told them up front. 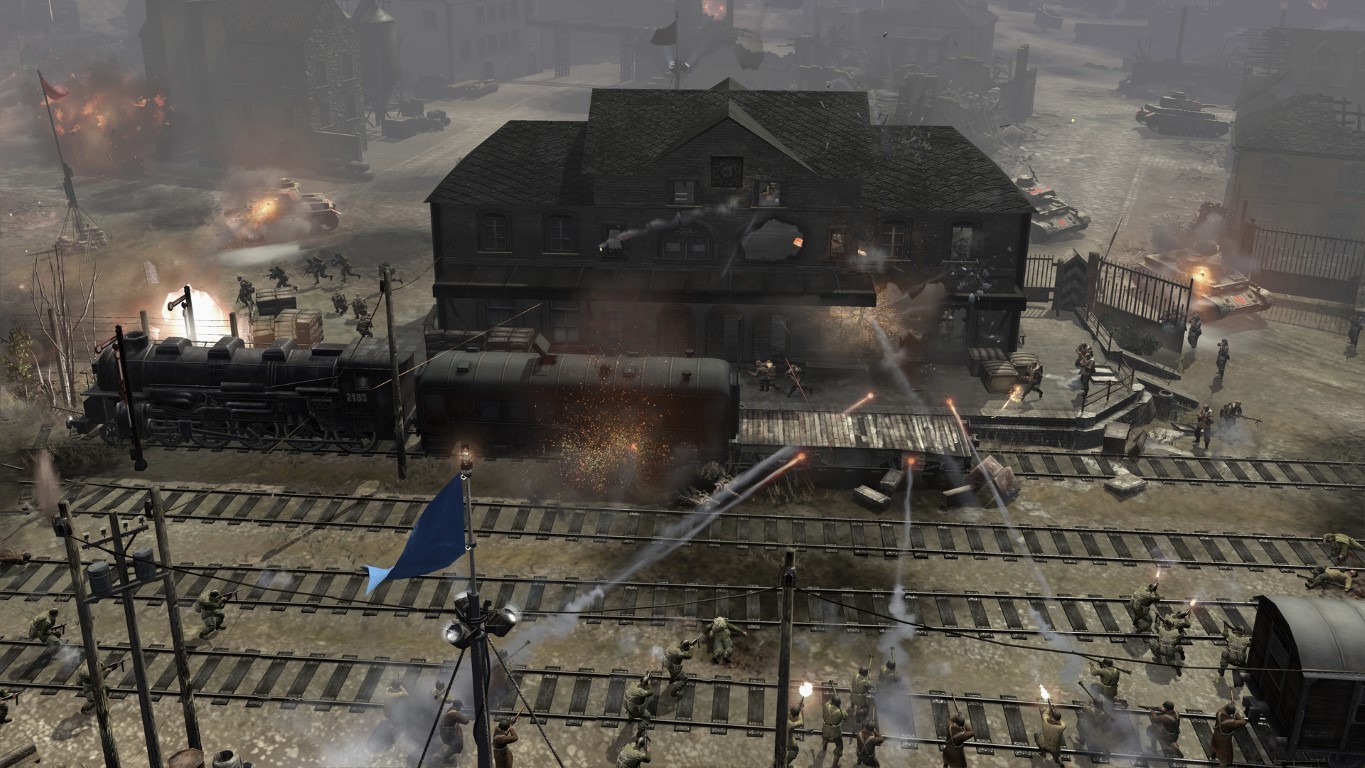 But as I improved, the game only got harder. I would move to take a victory point first up and have my unit facing down three or four enemy units—more than should be possible that early. I would scrape together enough for one light tank and have it obliterated by enemy tanks. Saving up for a “tank killer” unit resulted in a single enemy tank rolling over the top like it was scrap metal. My flanking manoeuvres failed. My defensive encampments were mortared with pinpoint accuracy, and my own mortars would routinely miss. 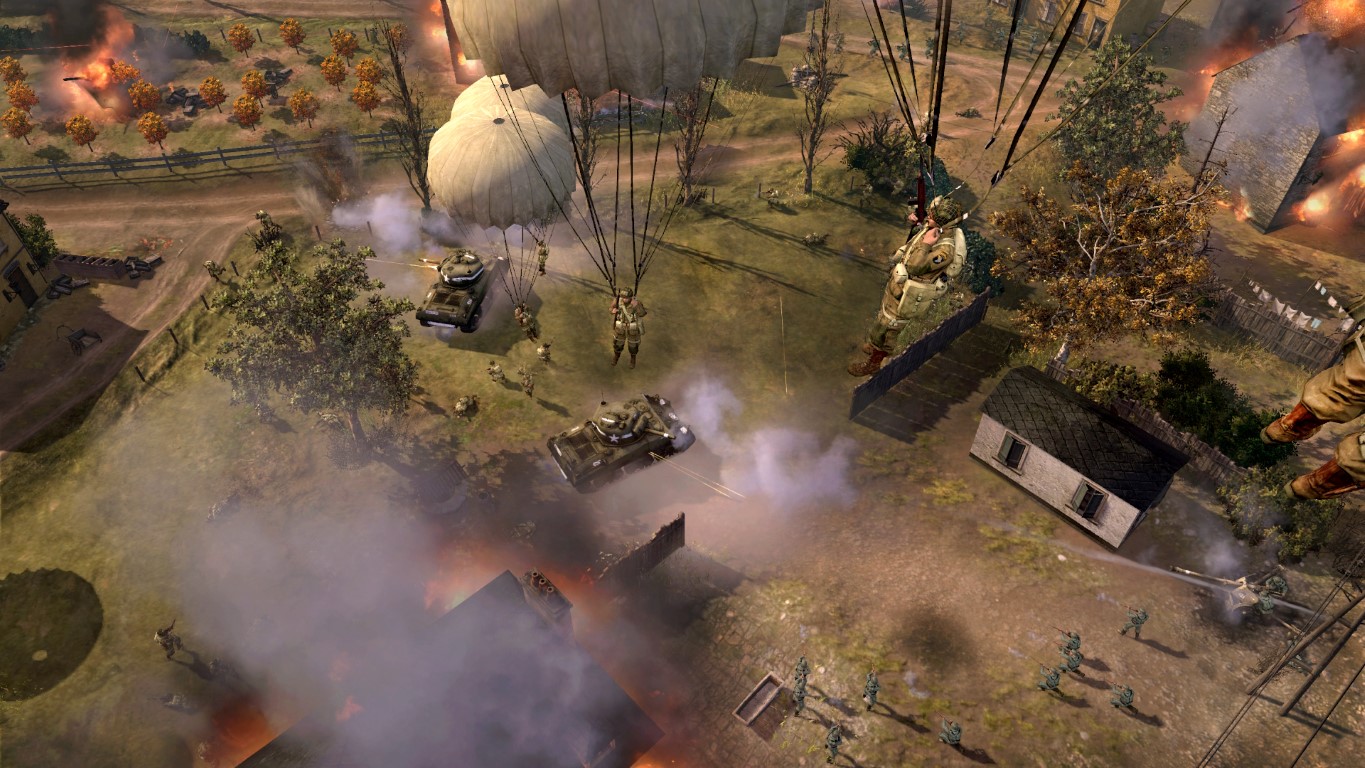 I swore, a lot. My girlfriend likened my tirade to the famous scene from German film Downfall. You know the one: Hitler blowing his lid, shouting like a madman. I felt like that. Everything was falling to pieces and I couldn’t pinpoint why. After my fifth consecutive rage-quit, a post-game pop up asked me to rate my last match on fun and challenge. I wanted to enjoy it. The Western Front Armies is good. Bot matches are enjoyable, but I want the thrill of facing a human opponent—without spending hours mastering intricacies through trial and error. 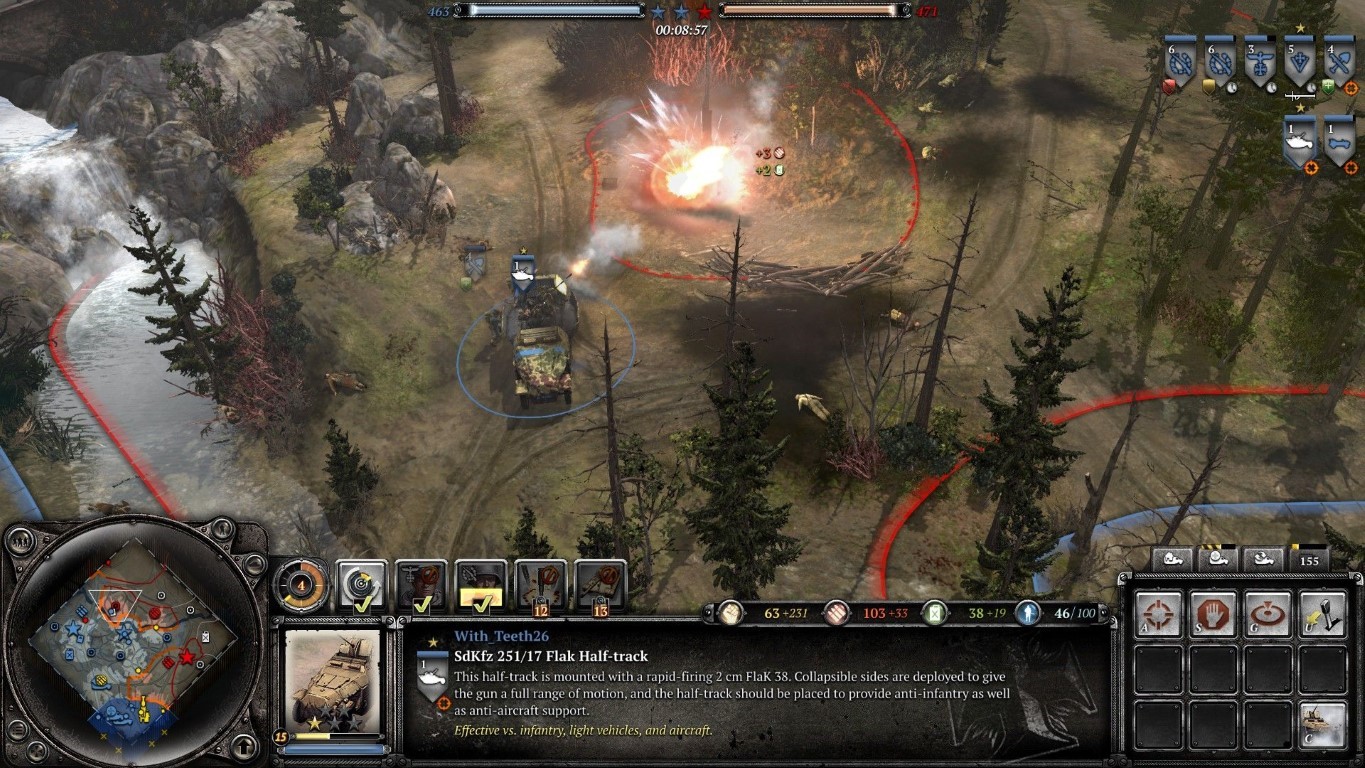 It would be unfair to criticise The Western Front Armies for my own shortcomings. But having comfortably beaten hard AI, I don’t feel wholly responsible. For whatever reason, multiplayer still seems to be won and lost (mostly the latter) in the first five minutes—and surviving only affords me the chance to watch my resources dwindle as the enemy grabs victory. The Western Front Armies deserves to be enjoyed, and I hope to master the game and make that possible. It’s a punishing game, but if you have the talent—or a hell of a lot of patience—then it is a complex, varied, and enjoyable RTS experience. 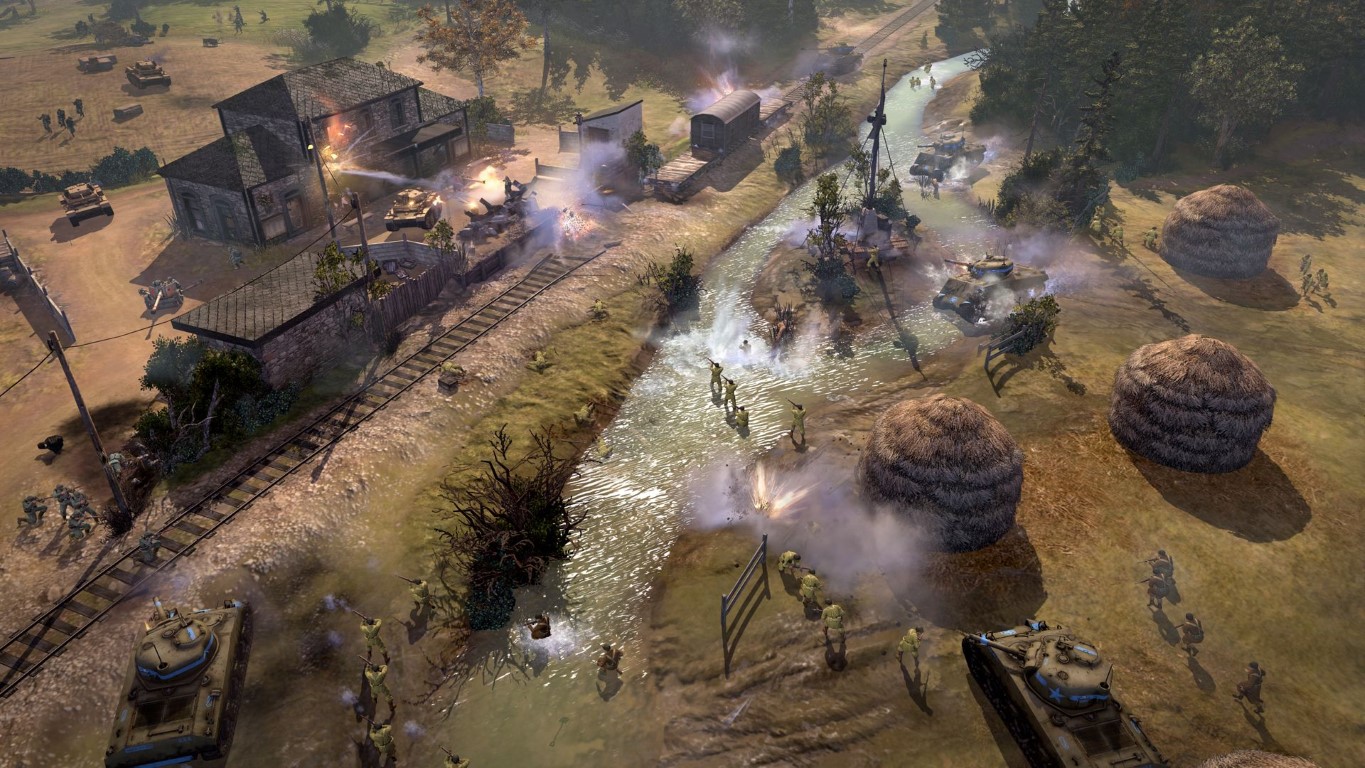