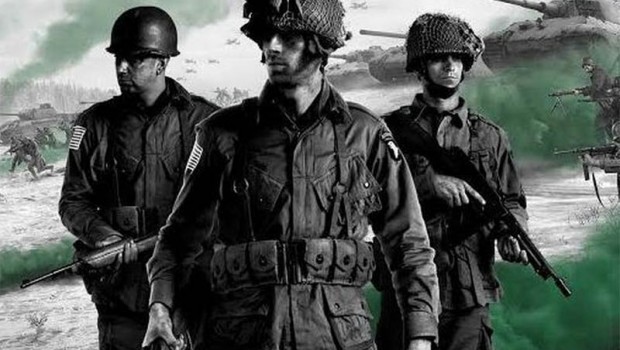 Company of Heroes 2™: Ardennes Assault unveils new trailer to recognize the 70th Anniversary of the historic Battle of the Bulge

Dec 16th marks the 70th anniversary of the Battle of the Bulge – a battle generally regarded as the turning point of World War II and referred to by Winston Churchill as “arguably the most important victory in American military history.”

The battle began on December 16, 1944 when German troops unleashed a brutal artillery on the Ardennes region with an intense barrage that took Allied troops by surprise. Leveraging poor weather and thinly spread out Allied forces, the German forces then invaded the area in an attempt to divide the U.S. and British troops. Despite being significantly outnumbered and struggling with the coldest weather on record, U.S. forces valiantly held the line until reinforcements arrived. The Battle of the Bulge would ultimately go down in history as the bloodiest battle for U.S. forces in World War II, helping to set the stage for Allied forces to finally end the war. The sacrifices made by all soldiers involved were significant both in losses sustained and in the role this victory played in the war.

Company of Heroes 2: Ardennes Assault is based on the Battle of the Bulge, and allows players to take on 18 all-new single player scenarios as they attempt to drive the advancing German forces out of the Ardennes region and lead their heroes on a path to glory.

In addition to the new Ardennes Assault trailer, attached is an infographic showcasing the key moments, figures, statistics and a timeline of the Battle of the Bulge.

In this completely standalone Company of Heroes 2™ experience, players will be able to utilize the unique abilities and skills of four US Force Companies; Airborne, Support, Mechanized and Fox as they tackle the German forces on Company of Heroes 2: Ardennes Assault’s revolutionary new meta-map system. This all new feature to the series adds an extra layer of non-linear strategy and tactical planning to an already deep and challenging RTS experience and allows players to plot their own way through the campaign, adding a huge amount of variety and replayability.

Company of Heroes 2: Ardennes Assault is available on Windows PC to purchase in stores with an RRP of $59.95.