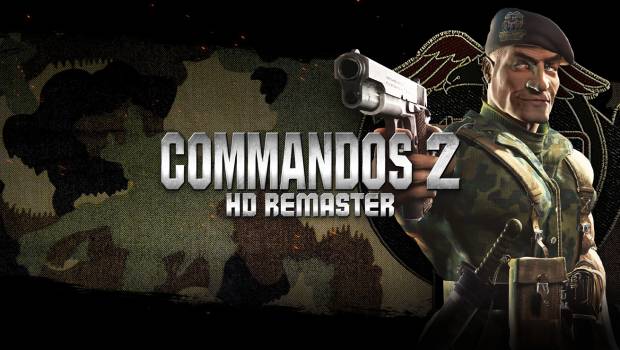 Summary: Take control of an elite group of soldiers as you go behind enemy lines to carry out critical missions that are vital to turning the tide of war.

“Commandos 2 – HD Remaster” is the digital remake of the 2001 real-time tactics game, “Commandos 2: Men of Courage”. Now, nineteen years after its original release, developers Yippee! Entertainment and Pyro Studios breathe new life into this cult classic game as you outsmart and outwit your enemies in WW2. Take control of an elite group of solders as you go behind enemy lines to carry out critical missions that are vital to turning the tide of war.

It goes without saying that “Commandos 2” belongs to one of the lesser known gaming genres called Real-Time Tactics (RTT), a game where all decisions need to be made quickly as events unfold. Even with a plan in place, the player still needs to have their wits about them, watching every aspect and every bit of detail across multiple sections of the map with eagle eye precession or risk everything falling apart. In this environment, reflexes are just as important as strategy. “Commandos 2” focuses its gameplay on utilizing the unique skills and abilities of a small group of elite WW2 soldiers, each with their own field of expertise. Players need to carefully move their commandos around the map and complete various objectives by utilizing a vast array of equipment, weapons, and cunning deception. 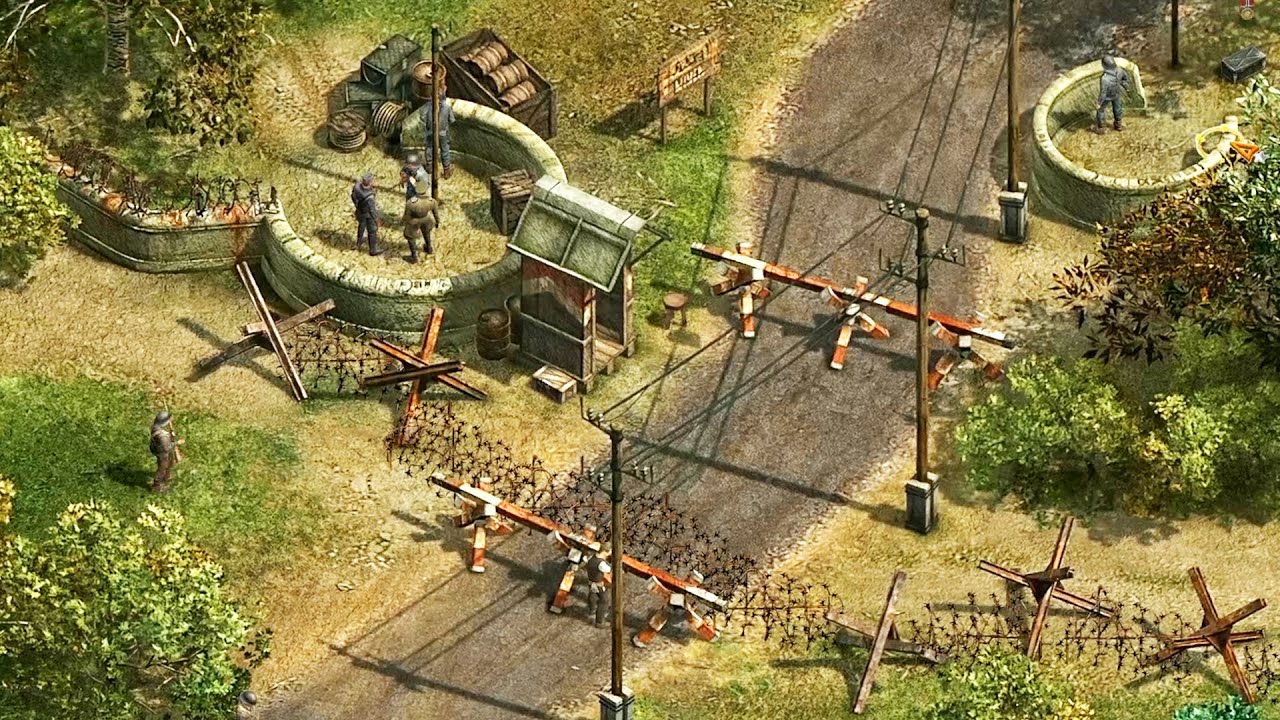 At its core, “Commandos 2 – HD Remaster” is still the same beloved game that I spent countless hours playing when I was younger. I still have fond memories of stealing the Nazi U-boat and taking it for a spin to the north pole. However, like the stolen U-boat, this HD remake of a classic game also feels like it’s trapped in ice. If you were fortunate enough to play the original “Commandos 2” back 2001, you’d quickly notice that nothing about there isn’t much difference between that and the HD Remaster. All of the game’s core mechanics are identical to the original game with no change to their design or functionality. The only thing that has changed is the audio and visuals, yet neither would be classed as HD or remastered. In fact, for a game that was once a favorite amongst history enthusiasts, it appears to be more censored than a Chinese newspaper.

Thinking that my mind was playing tricks on me, I made a point of finding video footage from the original game to make a direct comparison between the versions. I am disheartened to report that these videos only confirmed my suspicions, leaving a scene of dread and disappointment where joy once stood. While the rest of the world is moving on from the conflicts and tragedies of wars past, the developer still thinks it’s insensitive to show military markings, insignia and historical figures such as Hitler in a video game. Mind you, this is 2020 and Jojo Rabbit just won an Oscar and nominated for five other categories. So why would a video game from nineteen years ago be so offensive that, instead of improving the graphics, the developer felt it more important to focus their time and effort in removing footage of Hitler from the opening credits? Yet, at the same time, still think that showing footage of people been bombed is ok? 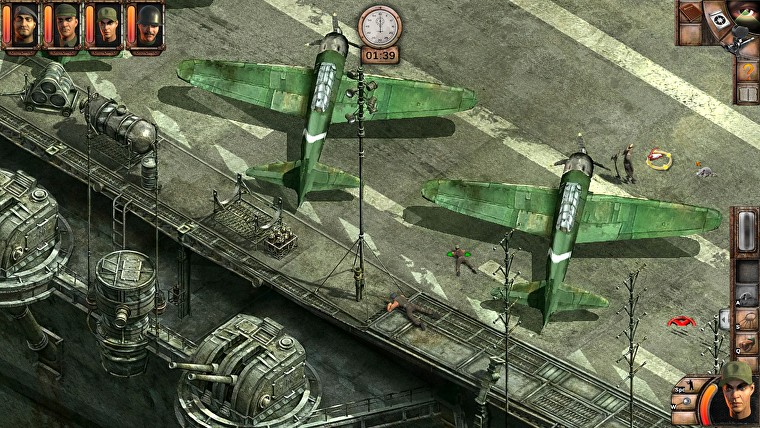 One thing that still puzzles me is what society defines as a HD remake? I thought it was about taking an old game and modernizing it to a point where everything felt new and shiny again. However, in the case of “Commandos 2”, it would appear that the definition of HD is to simply make an old game compatible with modern computers. During my play of the game, I quickly noticed numerous issues with the graphics and audio. While some of these where only minor problems, there were still those that impacted on gameplay. One particular issue was at the very beginning of the game in the second tutorial level. As the last part of the mission, you are required to make a stand against a wave of enemy troops by setting up traps. Unfortunately, these traps were the subject to several visual glitches that made it difficult to correctly identify where they had been placed. Even in other levels, I noticed that not a lot of effort had been made to actually improve the graphics of the game and that there was still much work to be done before you’d call this a HD remaster. If anything, and it pains me to say this, but the graphics, in some parts are worse off than the original. Admittedly, that is only my opinion but it needed to be said.

I will commend the developer for sticking to this game and point out that they have been working tirelessly to bring out new patches to fix the game. As part of the loading screen, players have the option to report any issues with the game. For me, this is a positive in the senses that the developers still want this game to be the best it can be, but alarm bells are ringing at the site of all this. If a developer needs to put this much effort into making something playable after its launch, then it’s obvious that the game shouldn’t have been released until it was ready. Sure, other games like “No Man’s Sky” has had a lot of work done to it after launch, but it was still a perfectly good game from day one. 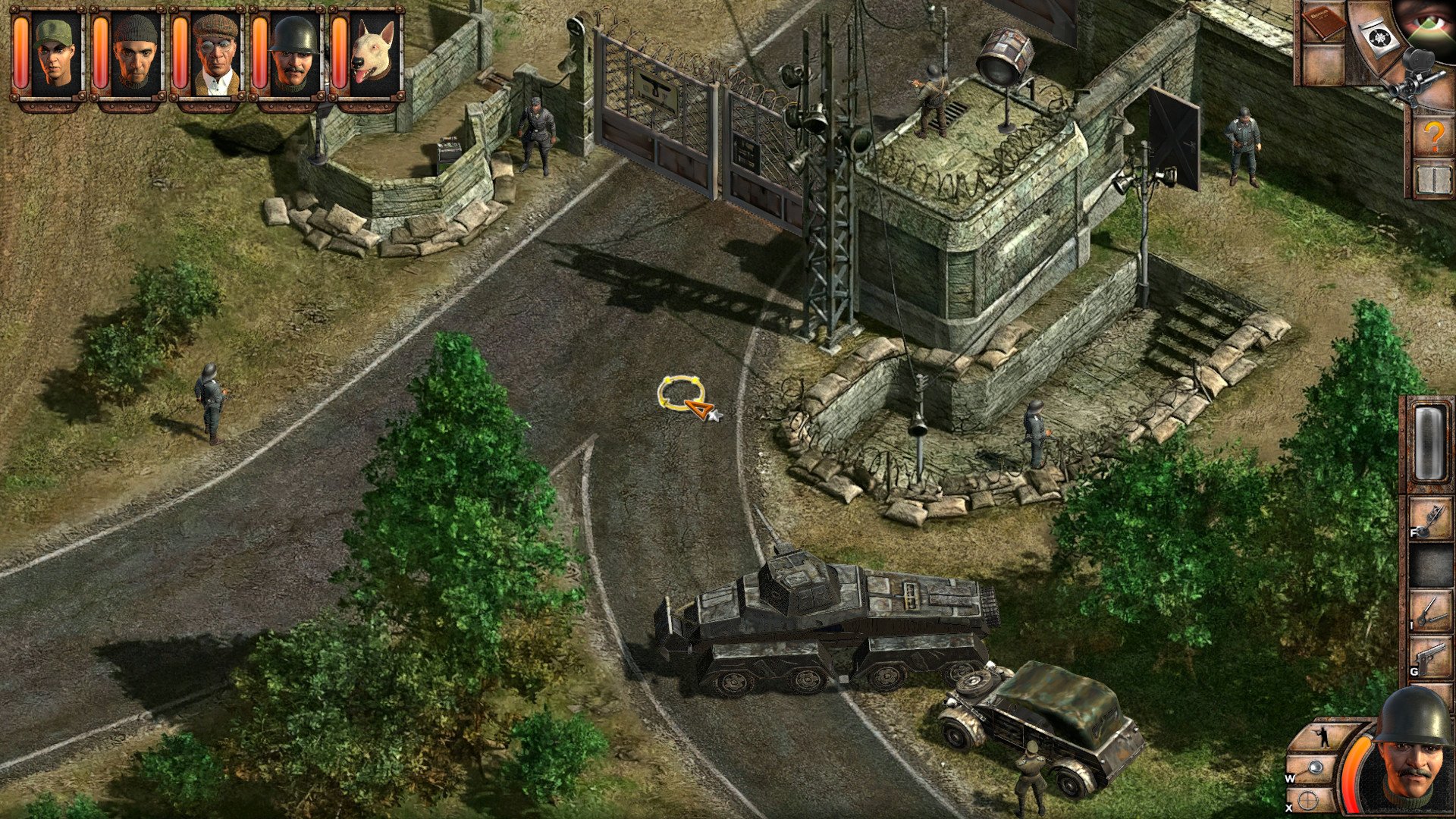 “Commandos 2 – HD Remaster” is still very much the same game from nineteen years ago but sadly, it has not aged well. The release of this HD remaster is clearly premature and only time will tell if it can be saved. However, I do admit that the game isn’t unplayable and if you’re willing to look past some of the issues, “Commandos 2” is still a fun and challenging game. Thankfully not is all lost as the developers have added in some improvements such as been able to zoom in and out, giving players a much wider view of the map. This makes multitasking much easier when conducting complex operations during missions where you have multiple commandos at work. Yet, this still isn’t enough to justify the game’s current situation and hopefully, in time, “Commandos 2 – HD Remaster” will become what it was meant to be. If you are interested in this game, do keep any eye on it as there is still a chance that things could get better.