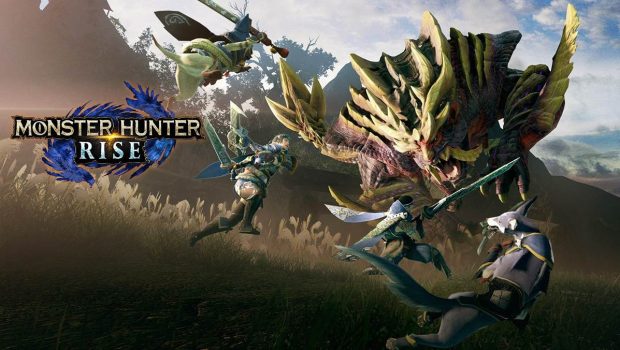 Welcome to 2023, Game Pass friends! We’re starting off the year with some iconic franchises from beloved Japanese developers whose games will soon be landing with Xbox Game Pass and PC Game Pass. For now, let’s start juicing up our controllers and get our pre-install on; it’s time to get to the games!

Persona 3 Portable (Cloud, Console, and PC) – January 19
If I say there’s an hour “hidden” between one day and the next… would you believe me? Master the power of the heart, Persona, and uncover the tragic truth of the Dark Hour. Experience the iconic, critically acclaimed RPG that reinvented the Persona series

Persona 4 Golden (Cloud, Console, and PC) – January 19
Experience a coming-of-age story that sets the protagonist and his friends on a journey kickstarted by a chain of serial murders. The world-renowned Persona 4 Golden promises unforgettable adventures, meaningful bonds, and heartwarming experiences shared together with friends.

Monster Hunter Rise (Cloud, Console, and PC) – January 20
The critically acclaimed action-RPG series returns! Set in the Japanese folklore inspired land of Kamura, players will team up to battle fearsome monsters, craft a wide variety of gear, and prevent the world from falling into calamity. Rise to the challenge and join the hunt!

Mortal Shell: Enhanced Edition (Cloud, Console, and PC) – Available now
Making a return to the Game Pass library, Mortal Shell is a deep action RPG that tests your sanity and resilience in a shattered world. Your adversaries spare no mercy, with survival demanding superior awareness, precision, and instincts. Possess lost warriors, track down hidden sanctums of the devout, and face formidable foes

Stranded Deep (Cloud, Console, and PC) – Available now
Take the role of a plane crash survivor stranded somewhere in the Pacific. Experience terrifying encounters both above and below an endless environment. Come face to face with some of the most life-threatening scenarios that will result in a unique experience each time you play.

Valheim: Mistlands Biome Update (PC) – Available now
It’s time to pick up your Viking shield once more and set sail for the Mistlands! Valheim’s latest biome update promises new ways of both building and fighting, but you’d better make sure to stay on your guard as there are many new dangers as well…

The following games are leaving the Game Pass library soon, so be sure to use your membership discount to save up to 20% on any games you want to keep in your library!

We’re just getting warmed up and we’ll be back soon with more games, more Perks, and more news. If your new year’s resolution was to play more games, I highly recommend grabbing the Xbox Game Pass mobile app so you can download your games remotely and pick out what you plan to play next. Keep tuned here and at @XboxGamePass or @XboxGamePassPC on Twitter for more!