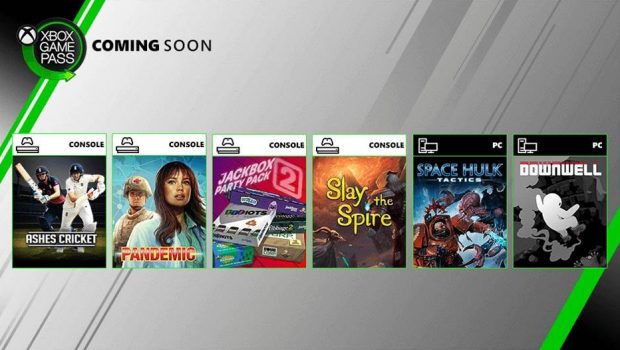 If you’re starting to feel a little over this cold weather, you’re not alone and today Microsoft have announced you’ll soon have a whole new host of games to get you through the last month of Winter including Ashes Cricket. Check out the official post from Microsoft below!

Happy reprioritizing-your-backlog-of-games-because-we-just-added-more-to-Xbox Game Pass day! We seem to celebrate this totally made up not real holiday a lot around here. (Seriously, have you seen Major Nelson’s backlog of games? He must shuffle that list around all the time.) How do you choose what you’re going to play next in your backlog? Go for what gets you the most achievements? Pick the games that have animals you can pet? Prioritize the fighting games so you can prove that you are a better fighter and not just a button masher no matter what your brother says? (that last one might just be us).

Let’s look at the games we’re adding to your backlog now. Reminder that you can install games directly to your console from the Xbox Game Pass mobile app! Get the games installed while you’re out, that way you’re that much closer to catching up with all those games.

Ashes Cricket (Xbox Game Pass for Console, Xbox Game Pass Ultimate)
Ashes Cricket brings all the fast-paced action, big hits, and skill that you see in the greatest cricket competition in the world, in both a more realistic and authentic way than ever before.

Pandemic (Xbox Game Pass for Console, Xbox Game Pass Ultimate)
As members of an elite disease control team, you’re the only thing standing in the way of the four deadly diseases spreading across the world. Travel the globe protecting cities, contain infections from spreading, and discover the cure for each disease. The fate of humanity is in your hands!

Downwell (Xbox Game Pass for PC, Xbox Game Pass Ultimate)
Venture down into a darkness filled with nasty creatures (and mysterious secrets) to collect spectacular red gems scattered about the rocks in search of untold treasures. Armed only with your Gunboots for protection, battle well-dwelling monsters and uncover hidden caves filled with riches and relics.

Space Hulk Tactics (Xbox Game Pass for PC, Xbox Game Pass Ultimate)
A faithful adaptation of the board game “Space Hulk” bringing a unique twist to the cult classic formula. Engage in bloody battles through an immense Space Hulk — a twisted mass of asteroids, wrecked star ships, and debris – as either a squad of Terminator Space Marines or the deadly alien Genestealers

Please pet your hard drive, tell it that you love it, maybe give its surroundings a nice dusting so it’s shown the proper love and respect it deserves. Then tell it sorry from us because we’re going to keep dropping games like this regularly to give it a workout.

Extra credit is available over at our Xbox Game Pass Twitter and Instagram channels for your help keeping us on our toes, we like memes and really like gifs so come prepared for hearty belly laughs, it’s how we work our abs around here. We invite everyone to play with us, so don’t forget our @XboxGamePassPC channel and PC app. They’re still a new kid in class so let’s make sure they feel welcome. If you want to get in on this workout, you can get your first month of Xbox Game Pass for $1!