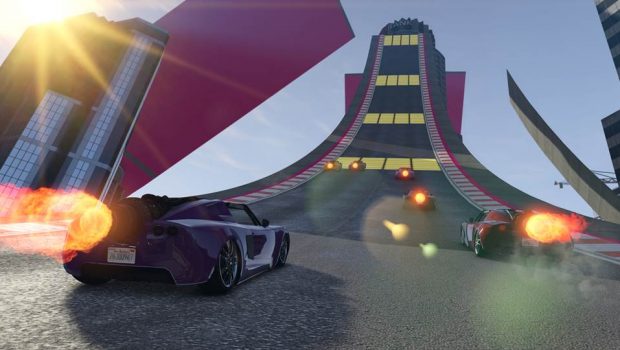 Get ready for a host of new GTA Online updates in the weeks and months ahead, with new criminal enterprises to dominate, new vehicles to acquire and more for the millions of Los Santos residents hitting the streets every day. Read on for details…

STUNT RACE EVENT 2017
Earlier this week, we celebrated sky-high daredevils worldwide with the release of 15 challenging new official Stunt Races that the Rockstar devs cooked up. There’s also Double GTA$ & RP across the full collection of Rockstar Created and Rockstar Verified Stunt Races as well as other big bonuses and discounts geared to adrenaline junkies. Plus, everyone who logs in during the event period will unlock and receive the limited edition Pink Jock Cranley Stuntman Jumpsuit.

CUNNING STUNTS: SPECIAL VEHICLE CIRCUIT
The next Title Update, coming in March will introduce an all-new style of Stunt Races specifically designed to the extraordinary abilities of GTA Online Special Vehicles: the Rocket Voltic, the Ruiner 2000 and the Blazer Aqua. Each set of Races will play to the super powers of its respective vehicle so expect to launch across massive gaps at rocket-fueled speed in Rocket Voltic Races, seamlessly shred through land and sea in the Blazer Aqua, and free-fall into vehicular base jump style Races with the Ruiner 2000.

Creators will also get the chance to craft their own Races for these vehicles, so expect loads of insane Voltic, Ruiner and Blazer mayhem from the community this spring.

NEW GAME MODES AND VEHICLES ON THE WAY
The wide range of Adversary Modes continue to be among the most played game types in GTA Online with more to come throughout the Spring including a gallows humor take on dodgeball we call Resurrection, and a nostalgic homage to the 2D GTA era with some explosive twists called Top Down – plus more to be revealed.

To add to your garage collection, we’re bringing some of the most requested classic GTA vehicles by popular demand into GTA Online for the first time – such as the Turismo Classic and the Infernus Classic that first made its appearance on the streets of Liberty City in GTAIII.

In addition to seeing classic fan-favorite GTA rides introduced to Grand Theft Auto Online this spring, there will also be all-new blazing fast rides such as the Progen GP1 supercar.

If you still have Xbox 360 and PS3 characters and progress to transfer to Xbox One, PS4 and PC, you have just 5 days left to move them over and experience the 9 massive GTA Online content updates exclusive to those platforms, from Freemode Events and Lowriders to Cunning Stunts, Bikers and Import/Export – as well as all that’s to come in 2017. Visit the Rockstar Warehouse now to get 30% off and a bonus GTA$1.25M for upgrading to the PC digital download.

KEEP THE FEEDBACK COMING
Every update to GTA Online comes with a vast litany of under-the-hood tweaks, enhancements and improvements that are a direct result of feedback from the GTA Online community, so please keep on sending your suggestions and input via the GTA Online feedback page. We’re also continuously advancing our anti-cheat tools in pursuit of bad apples; if you attempt to cheat or modify GTA Online in any way, you will be detected, suspended and be subject to a character wipe so it’s always best to stay on the right side and help keep the playing field fair and fun for everyone. We also would like to thank players for their invaluable help in doing their part to report cheaters via the in-game reporting interface for action.

GUNRUNNING AND MORE COMING LATER THIS SPRING & SUMMER
Stock up and bunker down as you take on the craziest militias across the state of San Andreas in another massive update for GTA Online. Featuring brand new weaponized vehicles and exciting new missions, get ready to fight for supremacy in the illegal arms trade and wage war with the latest in high-powered military hardware. 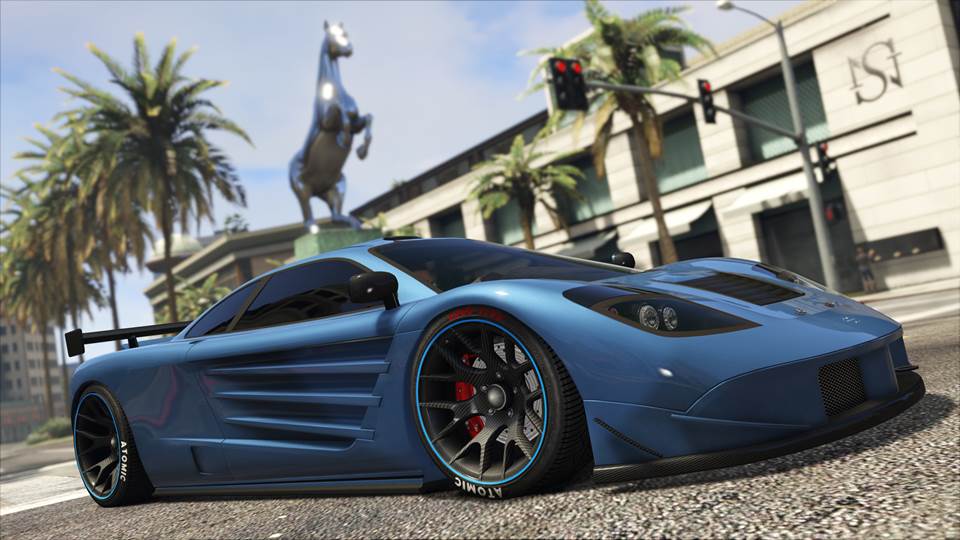