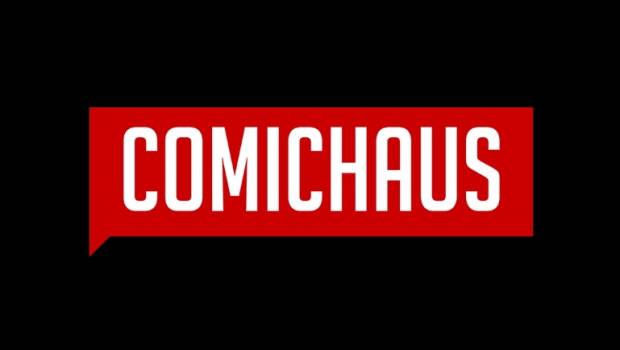 Summary: Why Netflix and chill when you can Comichaus and... chill?

The internet has come a long long way. From the early days of public internet use when the main users were university students and logging on meant disconnecting your physical phone line, plugging in your modem and listening to the robotic bird like chirps and twirls of the dial up modem establishing a connection only to spend the next 3 minutes waiting for that picture of Lois and Clark to slowly load line by line on your screen (then get corrupted at the bottom so you’d have to click reload). Infoseek and Geocities were rulers of that new frontier and the notion of streaming anything was a pipe dream at best.

Then we got ADSL and Cable and now NBN… ok so in Australia perhaps Cable or something might be better than the NBN but anyway… streaming is now a way of life and Netflix is a household name. But what if people don’t just want to empty their shelves of DVD’s and compact discs… what if they want to be able to access their comics anywhere they want without having to carry their storage boxes and plastic sleeves with them… well they can stream them too. 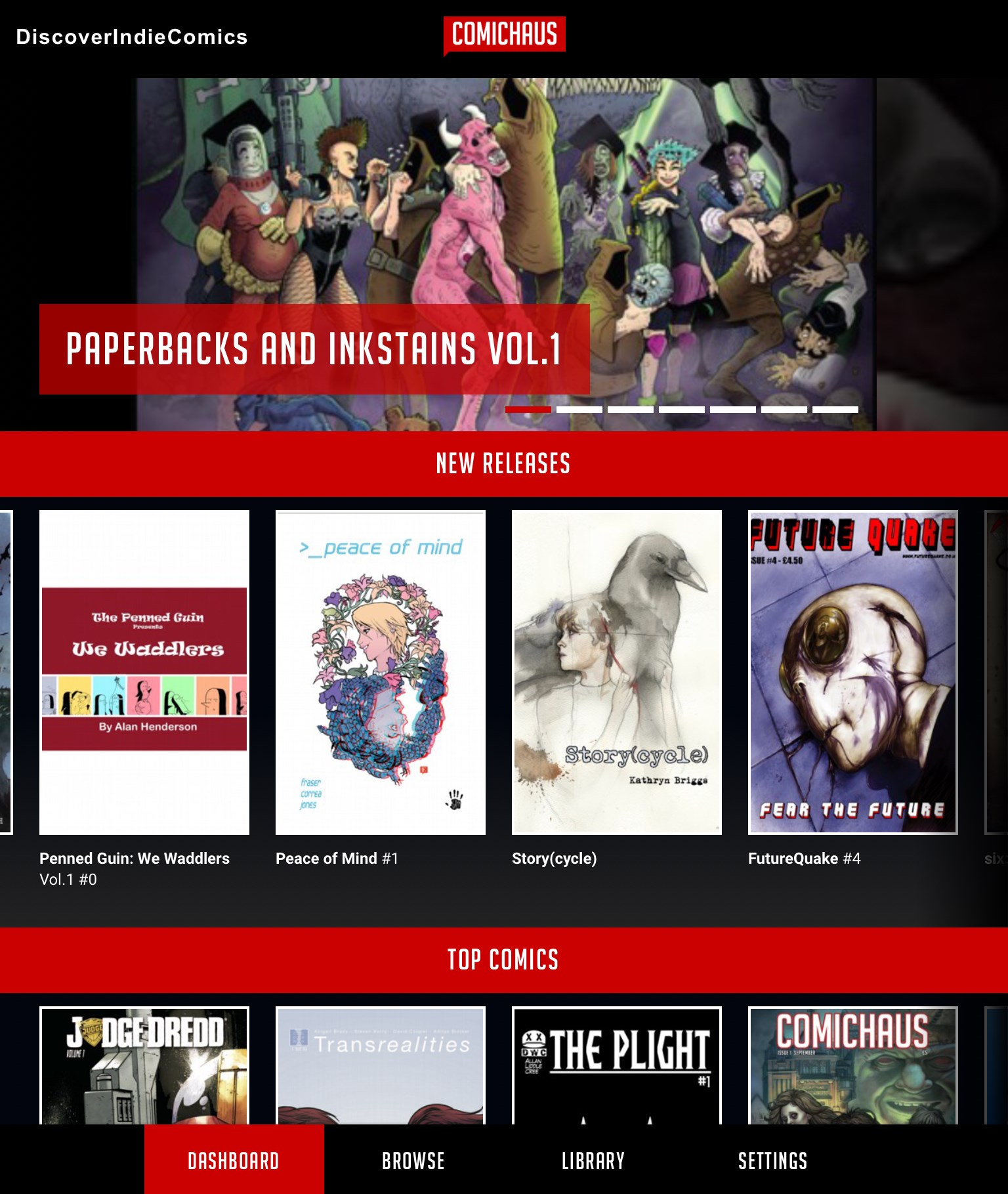 Comic apps aren’t new, there are many big name options to choose from. But what if you want to help the smaller publishers or find a title that’s perhaps “off the beaten track”. Well that’s where Comichaus comes in. Comichaus calls itself “a marketplace with a difference” and I don’t doubt that. It kind of comes across as mix between Netflix and eBay… you can stream your comics and you can sell comics. Throw in a bit of Etsy or noisetrade and you have an idea of what’s on offer here.

To get new users started they have a few comics available that you can stream or (and this is my preference… not just because of the lack of reliability of the NBN) download to your device. The range is pretty decent, there are plenty of indie titles but there are also some more familiar titles… my favourite being Judge Dredd (Dredd is one of the earliest comics I can remember reading outside of the more youthful Superman etc). 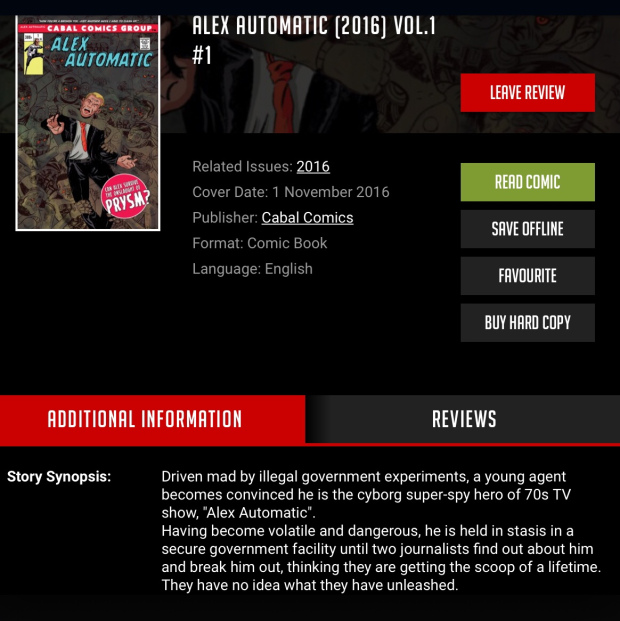 But as mentioned, this isn’t just a comic viewing app… it’s a marketplace. You can list comics you have or that you want and others can see and set up sales or purchases with you. I’m not quite sure how this works in terms of the second hand market but it’s probably a decent way for new and developing comic artists to build a fan base and sell to them without the risk of high production numbers. 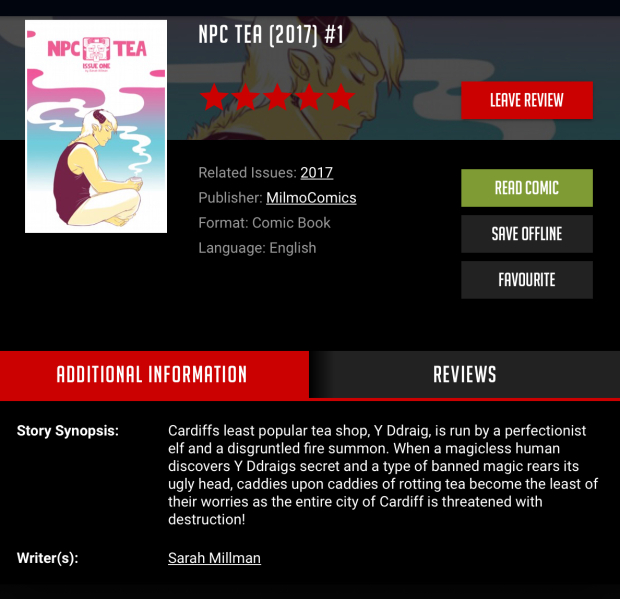 Ultimately I don’t think this app is for me. Part of the problem might be that I’m one of those people who still likes the physical copies of things (not least of all because in a power/internet outage, you still have your hard copies). But also I just like my comics to be easy to access and use. My review comics are in digital format but I don’t have to jump through hoops or watch irritating ads to get to them (the app does allow you to have an ad free version but it does cost more… I would say it’s the only way to do it because those ads get really damn irritating really damn quickly!). I couldn’t easily figure out how to navigate the app either… I could find comics easily enough but I wasn’t overly taken by the interface… I had a code to put in but couldn’t find where to enter it. The comics seemed to load very slowly (this may have been to do with my connection but I used both home wifi and mobile 4G). Downloading the comics also seemed to take a lot longer than I would have thought it should.

Possibly good for those more involved with the trade side of comics… either as a buyer or seller. But for me… I’ll stick to my simpler library both digitally and physically.