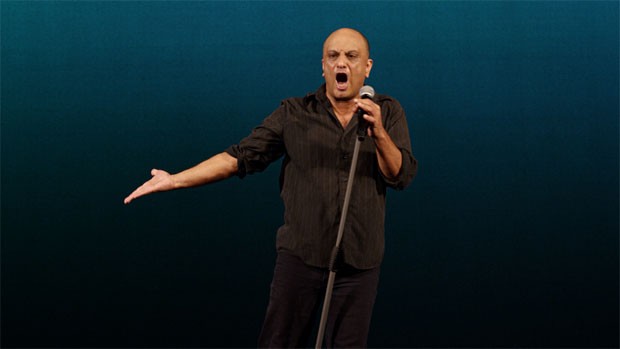 Months after his release from the jungle comedian Akmal Saleh will heading to the outback – joining the voice cast of the new Blinky Bill TV series “The Wild Adventures of Blinky Bill” as Blinky’s best friend, Jacko the frill-necked lizard.

The 26 x half hour series will premiere later this year on Australia’s most watched television network Seven for its broadcast channel, 7TWO.

Set a few years after the feature film, the television series sees a slightly older Blinky (voiced by Cam  Ralph) taking on the role as defender of his outback home with his best friend, the wise-cracking  and loveable Jacko (voiced by Akmal Saleh).  Armed with a knack for mischief and an unstoppable imagination, Blinky and Jacko take on the outback, turning even the simplest challenges into epic adventures.

Produced in association with Telegael (Ireland) and Giant Wheel (India).

Hot on the heels of the feature film release, Blinky will return back on Aussie TV screens in The Wild Adventures of Blinky Bill, completing the comeback of Australia’s favourite Koala. The new series, set a few years after the feature film, sees a slightly older Blinky taking on the role as defender of his outback home, Greenpatch. True to its roots, the show will continue to embody a quintessentially Aussie spirit, expressed through mischief, mayhem, adventure and humour.