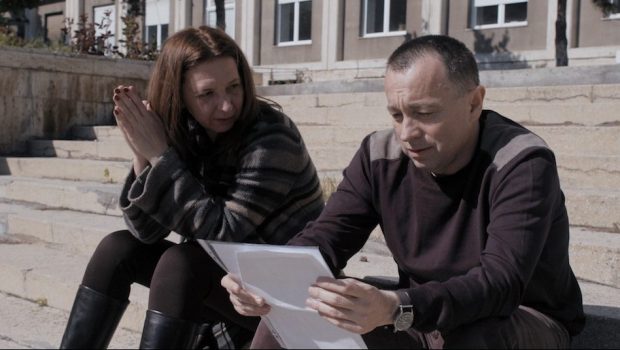 Filmmaker Alexander Nanau’s ‘just the facts’ approach makes the Romanian documentary Collective an absorbing and startling experience. Nanau’s film has already become critically acclaimed and is nominated for the Best Documentary Oscar this year. The skill he applies to Collective warrants a review of his previous documentary work. The filmmaker argues he made Collective to underline the pressure placed on journalists in the era of misinformation or what Donald Trump infamously called ‘fake news’. The spontaneity of Collective, specifically how immediate the corruption is, makes its findings alarming. We are exposed to the revelations at the same time as the journalists themselves. Nothing is premeditated or manufactured, which stresses the film’s authenticity. Despite the prevalence of the deep-seated corruption imbued throughout Romanian politics and its healthcare system, Nanau is optimistic about the film’s outcome. ‘This film is really a tribute to the victims and the survivors that had the courage to let us follow their lives’, he said. He rightfully believes that independent journalism and whistle-blowers can have a positive impact on society, which counters the film’s bleak trajectory.

Collective’s focal point is investigating the aftermath of a tragedy that resulted in the deaths of nearly thirty people. In 2015, a fire broke out at a Bucharest music venue, a nightclub called Colective. The venue had no fire exits. 27 people died after being trapped inside and another 180 were injured. Some of these people were taken to hospital with severe burns to their bodies. One of the people who died was the son of journalist Catalin Tolontan. He is an investigator from Romania’s popular sports newspaper ‘Gazeta Sporturilor’. Nanau films his pursuit of the case as he and his fellow journalist, Mirela Neag, talk to burn victims and interview whistle‑blowers. Meanwhile, Nanau’s camera also focuses on the newly appointed Minister of Health, Vlad Vasile Voiculescu, after the previous official resigns. The film oscillates between investigating various cover-ups within Romania’s corrupt hospital system and the country’s damaged political sphere. Meanwhile, mass protests result in public unrest and further distrust of the government. Nanau conceded he did not know the extent of the corruption, stating: ‘we knew that the politicians and the healthcare system were very corrupt, but we could never imagine how deep it went’. His response is an example of how our own reactions align with the journalists.

Nanau’s filmic style compares to a straightforward, well-researched newspaper exposé. One could mistakenly argue the film lacks visual flair and cinematics. However, the reduction of the cinematic style typifies a factual approach reflective of the type of substantial journalism the film champions. There is no narration, no interviews talking to the camera, and its non-diegetic music is sparse. The film’s images are not picturesque or cinematic. Instead, they are observations made by the journalists, such as undertaking a stakeout in their car where they photograph people leaving a pharmaceutical factory and reviewing archival footage of the incident in the nightclub. One interesting visual choice is an agreement Nanau came to with Voiculescu. ‘We had an arrangement that he could never tell me to stop the camera. We agreed that I would ask people with him if they agreed to be filmed’, Nanau said. The decision proves significant after Voiculescu is filmed talking to a man on the phone who begs him not to go public about a scandal. Employing a muted visual style adheres to the spontaneity of unearthing a major story and revealing facts in a cohesive, transparent manner.

The most troubling revelations are related to bacteria in the hospital. It is revealed that many people were taken to hospital with burns to 30% of their body. However, they did not die because of their injuries. Instead, some died due to bacteria-related infections. There is stomach-churning footage of worms crawling over the wounds of several injured patients. While shocking, there is a clear reason for these terrible infections. The hospital is caught purchasing a diluted brand of disinfectant. It is far weaker and less effective at reducing infection and removing bacteria. It results from a corrupt pharmaceutical company and the man organising the transactions. The findings rebuke the assertion that the burn victims received healthcare as good as Germany. Romania did not at the time possess burn units capable of properly treating people. It takes whistle-blowers from the hospital, all women, to bring the corruption to light. Then there are further revelations about the hospital’s administrative side, including fake invoices being used to fund institutions in Vienna and abusive people being accredited. Collective soon veers away from the healthcare system to detail the country’s political corruption and a highly anticipated election where one of the major groups is a socialist-democratic political party. The scope of Collective’s overall focus is broad but filmed and edited with clarity to ensure its insights never become overly convoluted. 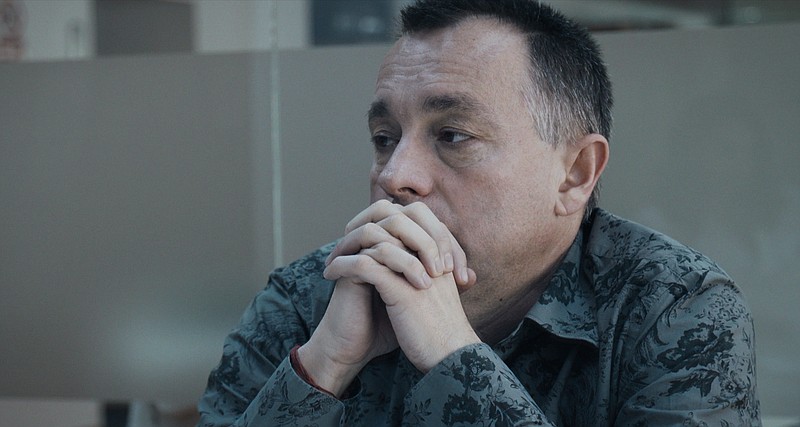 The film is important because of its riveting composition, which ensures various examples of corruption throughout Romania’s institutions are highlighted with precision. Alexander Nanau was wise not to employ distracting visuals. Collective is already a confronting and dense view of political corruption and did not need further intrusions. The restrained visual aesthetic ensures the alarming revelations remain eye-opening and stand on their own. Once officials in high places are bought, it erodes a country’s identity and its understanding of where its values and ethics lie. For example, the newly elected Social Democratic Party is confusingly described online as being left‑wing and socially conservative. Chillingly, the group has been accused of everything from housing former Communist Party officials, to attempting to control Romania’s mass media, and evoking anti-Semitism. The same feeling of political disorientation is not limited to Romanian politics either. No country is safe from similar types of corruption where the power of money weakens the foundations of pivotal institutions. It is why Nanau’s aim is to stress the significance of honest journalism and whistle-blowers. In the face of death threats and corruption, someone must monitor all positions of power. As a reminder of these values, Collective is a necessary and authentic piece of filmmaking.

Summary: Collective is a necessary and authentic piece of filmmaking.