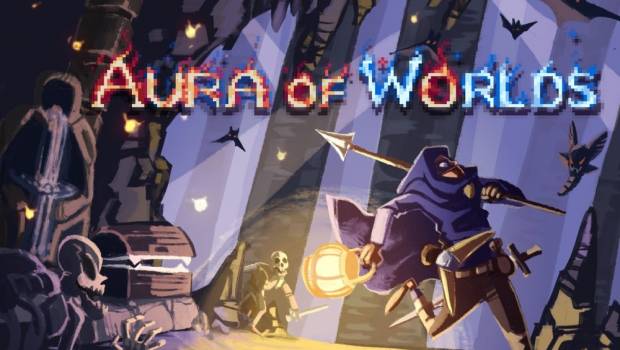 We catch-up with the gang from CogntiveForge to talk about games!

Growing up what was your go to game?

What are you playing now?

This year I’ve mostly played roguelite platformers like TowerClimb, 20XX and CaveBlazers. I like games focud on reflexes and strategic challenge. 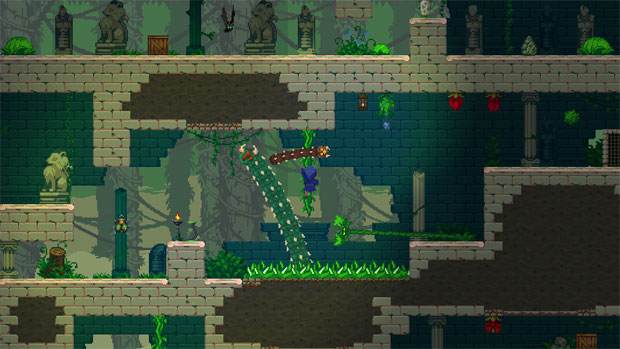 Two games in your pile of shame?

Well I’m yet to go back and finish CastleVania symphony of the night and I need to play Dishonored’s expansion: Death of the Outsider.

Thoughts on the XBOX One X?

Seems like just a more powerful version of XBOX One.

The naming scheme is ridiculous: what’s next? XBOX One XI :P?

While I use to play a lot of games on XBOX One from Halo to Valve’s Orange Box; I’m more of a PC gamer now; allows me to quickly swap between work and play.

Okay…tell us about Aura of Worlds?

Aura of worlds is a creative tactics roguelite platformer.

We throw you into a death labyrinth and you progress utilizing your wits, reflexes and twisting the environment to your advantage.

Level themes range from pursuing toxic pollen, to tidal passages lined with explosives, to bosses that take place across the entire level.

There is a heavy focus on improvisation; and what affects you will affect your adversities.

For example there is a lava pit guarding a chest. Do you…?:

Why did you release on Itch.IO first rather than Steam?

While we have the rights to distribute on Steam (being Greenlit last year); we noticed that the platform is flooded and super competitive right now. As a result we decided to soft release on Itch.IO in order to:

What inspired you to create Aura of Worlds?

Well we’ve played quite a number of Roguelite Platformers including: Spelunky, 20XX, Vagante, Catacomb Kids, TowerClimb, Dead Cells, Downwell and many more. We also love games where simple systems interact to create complex outcomes; where you can twist the world against itself. So other inspirations include Dishonored, Terraria and Mark of the Ninja.

Well most players have told us that either swinging around on the grapple rope; or being able to pick and and throw almost everything were among their favourites.

Personally my favourite set of mechanics is being able to manipulate enemies and traps against each other.

How does Aura of Worlds differ from its competitors?

Well most roguelites focus on skinner box luck, ever increasing stats and making things easier each time you die. We focus more on skill and improvisation. Multiple systems interact to create intricate outcomes:

The game supports a plethora of playstyles. Do you…? 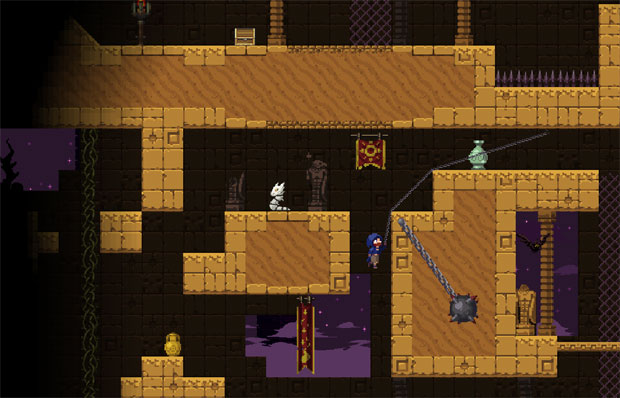 What did you think of PAX?

This was our 3rd year exhibiting at PAX and our largest to date.

It was a sleep deprived adrenaline rush; I remember us staying up to 4AM finishing the soft release the night before the event. It didn’t help that Melbourne International Games week; and all the related deadlines got pushed forward to October (usually otherwise taking place in November)

Overall though it was incredibly fulfilling: we ran out of chocolates, business cards to give people and sold out of game key cards. We made multiple contacts among both players and games media in the process.

We seek to continue extending and improving the game based on player feedback.

This involves working on a new procedural world, new environmental mechanics, enemies, traps and abilities. We’re still working on a system of unlocks for starting equipment options, world shortcuts and cosmetics (nothing that takes away challenge but gives more strategic options as you play). 2018 is set to be our biggest year yet as we move towards our Steam (early access) release in March/April.

Where can the project be found online?

The game is soft released on Itch.IO and is available at a discount :)
https://cognitiveforge.itch.io/auraofworlds 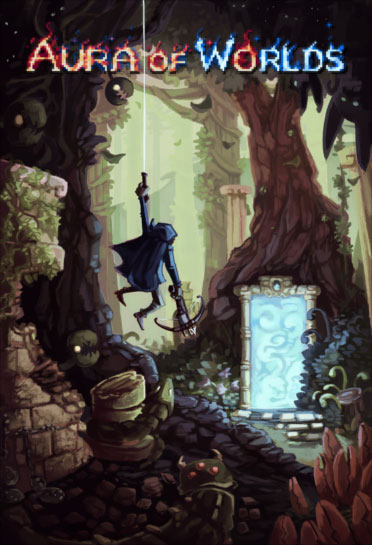 Here are some other links related to the project;