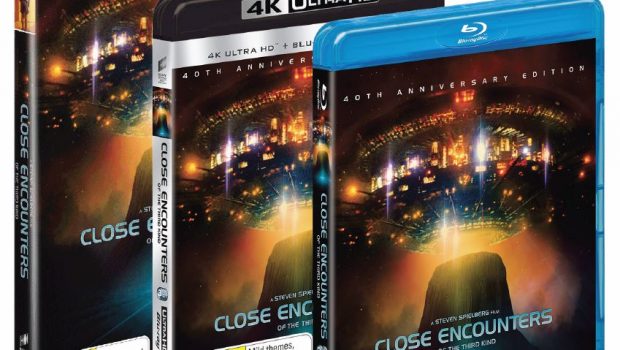 Universal Sony Pictures Home Entertainment celebrates the 40th anniversary of legendary director Steven Spielberg’s epic adventure Close Encounters of the Third Kind with the new 4K restoration and digitally remastered Blu-ray™ version of the landmark classic. Become enthralled in a world of mystery and intrigue all over again in the limited anniversary edition of Close Encounters of the Third Kind, available on 4K Ultra HD™, Blu-ray™& DVD from October 4, 2017.

Richard Dreyfuss (Tootsie, Jaws), Terri Garr (Tootsie, Dumb and Dumber), Melinda Dillon (A Christmas Story, Magnolia) and acclaimed French film director Francois Truffaut (The Woman Next Door, The Little Thief) star in the story of a group of people who attempt to contact alien intelligence. After an encounter with U.F.O.s, a line worker feels undeniably drawn to an isolated area in the wilderness where something spectacular is about to happen. 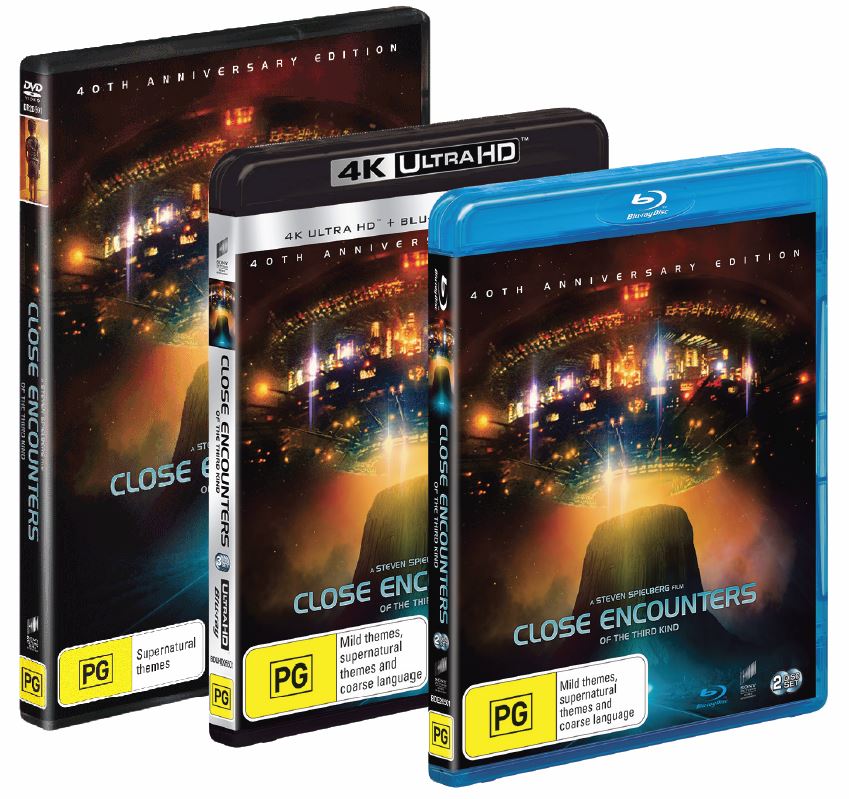 Watch as your favourite scenes are brought back to life through highly collectible restorations, with nostalgic extra features and rare, never-before-seen footage. Put on your tin foil hats and relive the science fiction adventure of a lifetime. A must own for all true fans, this unforgettable Spielberg masterpiece Close Encounters of the Third Kind is available on 4K Ultra HD™, Blu-ray™& DVD from October 4, 2017.